By Christian Grimauld20 July 2017No Comments 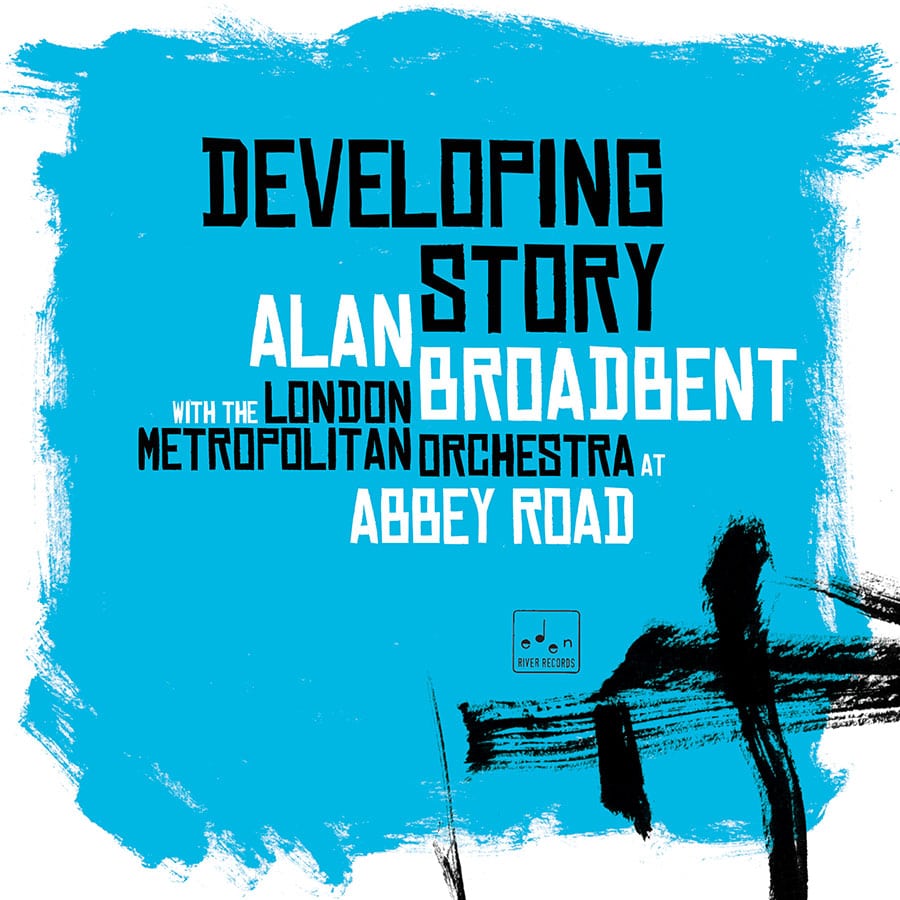 And to make this dream even more beautiful, the London Metropolitan Orchestra played the game.

The Jazz trio made up by Alan himself has joined the skills of great drummer Peter Erskine and a longtime companion, Harvie S on bass.

Alan Broadbent is curiously less known to the general public than many of the Jazz stars. Perhaps this new masterpiece will contribute to it.

Alan Broadbent is one of the best pianists, composers, arrangers and conductors in the world. “For many specialists, such as the President of the French Academy of Jazz, François Lacharme, with whom we talked recently.

Also, this time Alan Broadbent with this album was able to write his own story by recording his original compositions for jazz piano trio and symphony orchestra, adding jazz standards such as John Norton and Milestones by John Coltrane and Miles Davis, As part of a symphony orchestra.

Peter Erskine and Harvie S made sure that there was enough room for Alan’s rhapsodic style of piano playing as the LA Times has called Alan “…one of the greatest living jazz pianists.”

Lets’s listen to the album… + a bonus!

Alan, in his liner notes:

“Sometime in the late 70s the initial idea for “Developing Story” came to me in a complete phrase for woodwind soli, counterpoint and all. My problem was not quite knowing what to do with it. It wrote itself in response to a moment I’d had with the music of Mahler, but to imitate such a master would be the height of hubris (and impossible, anyway). Things slowly took shape when I realized that rather than getting an orchestra to play with jazz feeling (it’ll never happen, I’m afraid), I could present it with a jazz trio version of the idea and perhaps the orchestra could help me out with some nice chords. Then at some point the orchestra would seem to say, “Yes, we get it. Now let us show you how we might express our thoughts on the matter;” opposite sides of the same music, developing together, creating the story.“

I would like to briefly describe a few chapters, or signposts, to help guide you through nearly a half-hour of continuous music:

We begin with a forte introduction by the orchestra which subsides into the “song theme” played by the solo piano. The entire piece is based upon these two statements.

From this, a kind of travel music develops in a new version of “the song”. After some trio improvisation on this form, the strings join in a joyous arioso, only to be broken off by a vehement restatement of the introduction that unravels into a warmly expressive symphonic version of the “song theme.” The piano closes with a quiet memory of the introduction.

This is followed immediately by a slow waltz for my wife Alison, a piano theme stated simply with subdued string chords, another interpolation of “the song”. When improvising I love the subtle feeling of swing that jazz has even in ballad improvisation, that sense of dancing with the time that I always strive for in my playing. But now, after a gentle chordal accompaniment, the orchestra has deeper, more expressive things to say as it unfolds its power and beauty.

A brief woodwinds interlude ensues with variations by other groups that look to things past interspersed with hints of things to come.

Segue to the third movement finale; fast, yet floating. There are more pressing concerns now as the trio is featured on a fragmented tune from “the song.” It builds to a drum solo by Peter acting as a bridge to a chorale for the orchestra that is based on those fragments. Here, the horns dominate as other sections echo them. After reaching a plateau of momentary reflection, the horns and piano return, urging the strings onward to a dramatic climax. At that point, the trio starts again, as if to interject, “But as I was saying…” The final word, however, is in “the song” itself, which persistently strives for a breakthrough only to dissolve, not without a struggle, into quiet resignation. For the last time, the piano recalls the memory.

4 jazz ballads for trio and orchestra

For me as a jazz improviser, standard songs have always been a gateway to expressing some feeling of the moment, usually through the chord changes themselves. A gorgeous melody helps a lot, of course. As an arranger retaining the integrity of the tune, I look for personal ways to engage the orchestra in counterpoint and reharmonization. It is in this spirit that I wrote these arrangements -improviser and composer together- preserving the moment for a while.

“If you Could see me now”

This song has been a favorite since I was very young. Some songs lend themselves to infinite variations without seeming to lose their character. This is one of them. Every time I improvise on it I find ways to express something new, and in this arrangement I imagine having a little dialog through the mists of time with its composer, Tadd Dameron.

“Naima (on a starry night)”

As a young man I was transported by the harmonic progressions John Coltrane laid under a melody of such noble simplicity, so celestial did it sound to me. In keeping with this astral theme, here is my vision of this beautiful song, a star among stars.

“Variations on Blue in Green”

When I was with Quartet West this famous jazz standard from “Kind of Blue” was a favorite of Charlie Haden. He loved to play it. This arrangement is dedicated to Charlie’s memory. The title conveys to me the colors of still waters running deep, always flowing quietly beneath the surface.

I wrote this song for Quartet West when we were associated with film noir and Charlie’s love for Raymond Chandler. The title was also made into a famous 40s movie experiment, Philip Marlowe narrating in the first person. But the label “film noir” came after the fact as far as Qt. West and I were concerned; after years of forging my own path, I just happen to write this way.

Once the idea came to me, this symphonic arrangement flowed quickly from pencil to paper. But after a while I became stuck on what looked to be a road of endless repeats. Driving north in New York State with my son one spring day, a new theme based on Miles Davis’s original form suddenly came to me, freeing itself from its roots, able to fan its wings and fly. My son, fortunately, as it turned out, was firmly earthbound. We made a hasty stop on the side of the road and I furiously wrote it all down.

“The Chidren of Lima”

I wrote this in the early 1970s for Woody Herman and the Houston Symphony Orchestra. I remember a devastating earthquake in Peru at around that time, and the plight of children in the streets of Lima making me feel helpless. This lullaby was the only way I knew to respond to the suffering of little ones everywhere on earth. With a bit of tweaking, it remains as I originally composed it, now orchestrated for the symphony only and dedicated to Woodrow Charles Herman, our beloved Road Father.