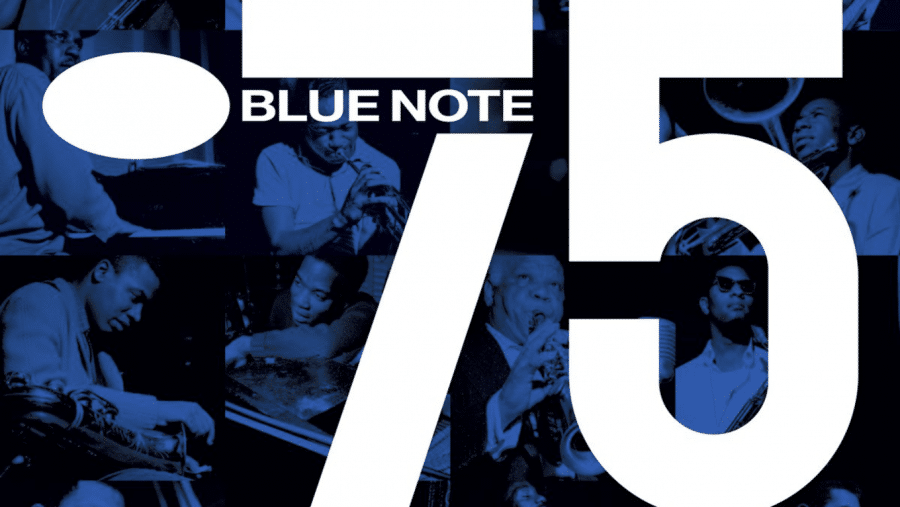 Our Point Of View, better known as Blue Note 75 Band, were the chosen stars for the third concert of the series Les Grands Concerts of the Montreal Jazz Festival this year at the Théatre Maisonneuve, right in the middle of the Place des Arts, where everything is happening. A band made from the combination of some of the biggest names featured by the legendary record label from the United States Blue Note. Guitarist Lionel Loueke, pianist Robert Glasper, trumpeter Ambrose Akinmusire, saxophonist Marcus Strickland, bassist Derrick Hodge and drummer Kendrick Scott are the members of this all-star band, a dangerous project in terms of an ensemble that puts together big egos and big characters. The result, however, is that a project built to commemorate a 75 anniversary is still rolling two years later. And looks like it is going to be like this for a long time.

Choosing from the artists in one of the most famous jazz record labels in the world must be a hard job. But that is exactly what Blue Note did in 2014 when it decided to build a band in order to commemorate the 75th anniversary of the label. The choosing was hard, but the brand came up with a combination of big names that did, as well, know each other. Lionel Loueke, Robert Glasper, Ambrose Akinmusire, Marcus Strickland, Derrick Hodge and Kendrick Scott became the members of Our Point Of View, a name hard to buoy next to the powerful denomination of Blue Note 75 Band.

The freedom in terms of playing this band is allowed is total. The ensemble shares tunes composed by all of the members and the interpretation each of the musicians –with their specific instruments– do of each other’s compositions becomes one of the most interesting features of the whole band. A relation, thus, that is not only based on the playing but also in the communication, as most part of each track becomes a succession of solos, exhibiting a long-worked technique and energy.  Each musician waits for his turn and empties his abilities in front of an avid and hungry-for-more audience, astonished by the virtuousness of them all.

In fact, the Theatre Maisonneuve witnesses a high-quality jazz performance, as even if the egos are set apart in Blue Note 75 Band, the musicians still look for the way to exhibit their own specific talents. However, that is never overwhelming nor inequitable. Rather, they all respect each other and not only that but also encourage, praise and show signs of admiration.

It becomes, in the end, a mutual recognition and a complete symbiosis, based on good communication, the power of good technique and the capacity each and every single one of them has to master the stage.

But the high-voltage moment of the night comes close to the end, when Lionel Loueke approaches the microphone and talks to it following the rhythm of his guitar. His voice is soft, powerful and rhythmic. He follows the groove and goes in crescendo. He sings in an incomprehensible language, he combines the words with the notes, with the claps, with the percussion coming from his chest, with guttural sounds, with passion and strength. And the whole band is laughing, dancing, looking at him with admiration and love in their eyes, almost as if they were saying “this is a magnificent musician and he is playing with us and this is being amazing because he is just there doing his thing and he is so damn good at it”. And suddenly that groove, that sense of the jazz in the small hidden jams in lost villages in the States comes to life, with six musicians undertaking their instruments with passion and will and hope.

Loueke is reaching climax, the band holds breath, someone shouts, and then they all go in, with heart and soul, and that turns into an extreme harmonic power.