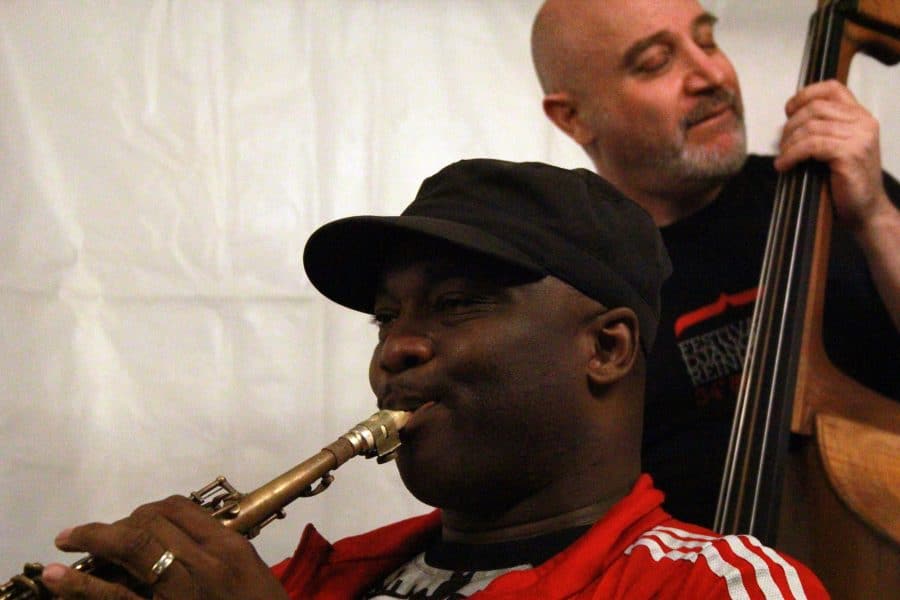 There are musicians who love to play. Not only playing music, as usually understood, but having fun, laughing, sharing. Is not the essence of Jazz and Gypsy jazz in particular?

James Carter, at the concert on the official stage, where he gave as usual the best of himself as enthused the festival audience, the excellent musicians of “The Amazing Keystone Big Band”. He then spent several days in Samois for jamming with the gypsy and all guitarists, bassists and violinists who were willing to join these ephemeral groups. Its amazing tracksuit and colorful poppy Tshirt, a famous sports equipment manufacturer *, easily allowed to spot in the crowd of fans and onlookers. James asked the cheerful audience, to take pictures and films. He also took dozens of pictures of himself with, selfies and images of his one day companions. 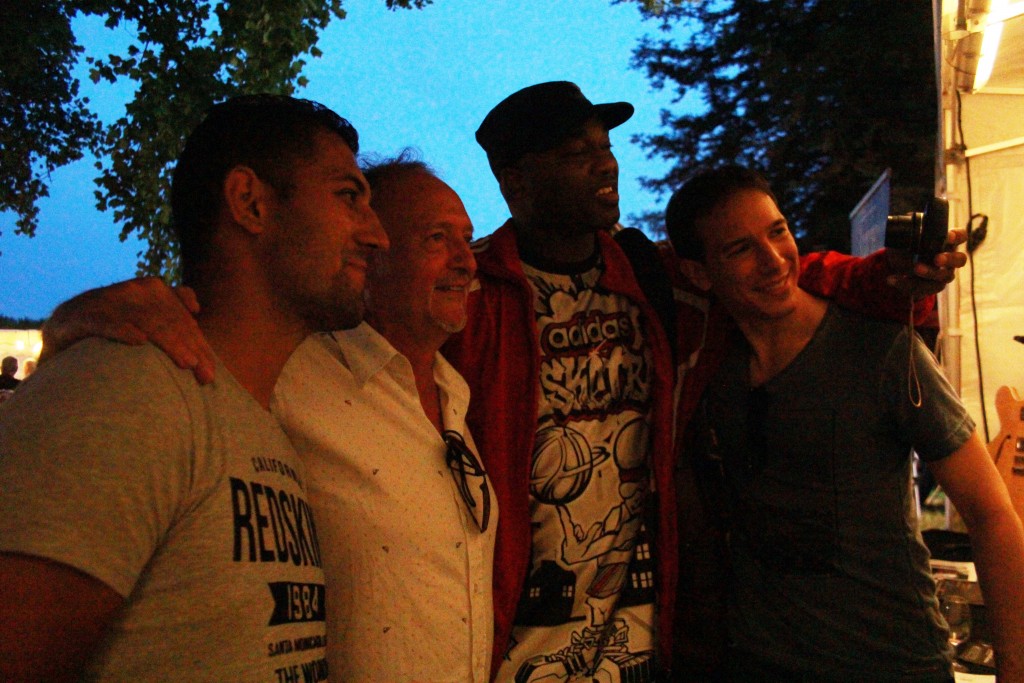 The modern artist has understood the communication of our time … The proof is that he gave us the desire once again to share with you now and to invite you to attend festivals and listen to James Carter, wherever he is on stage. The beautiful Jazz spirit!