By Theodor Constantiniu19 June 2016No Comments 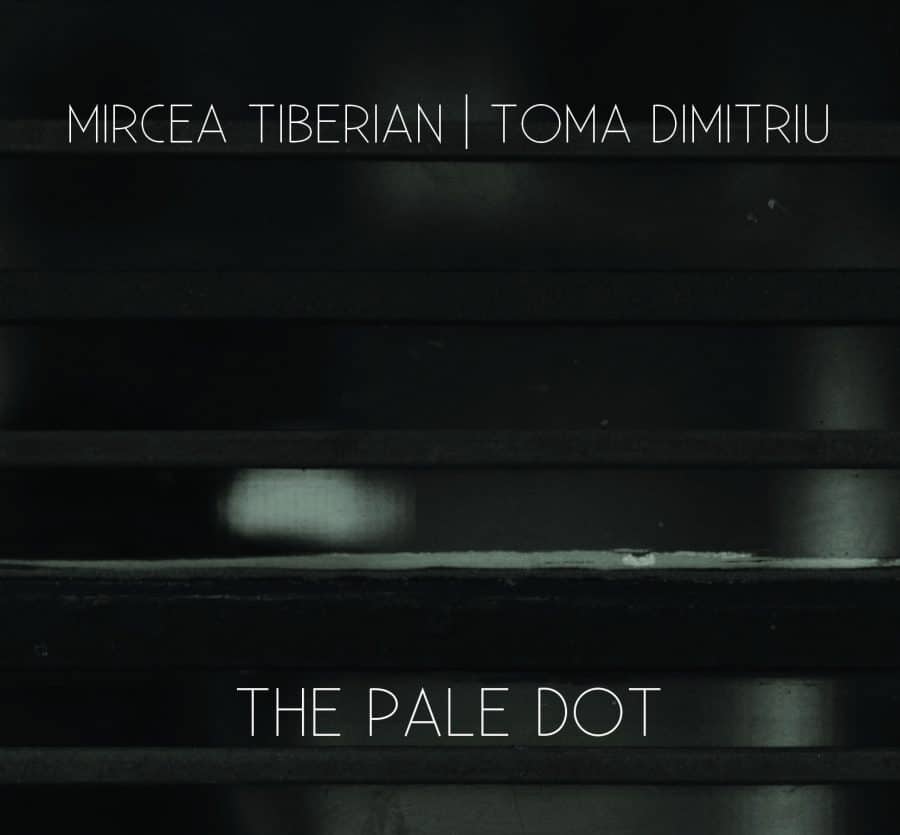 In a relative order: Mircea Tiberian/Toma Dimitriu – The Pale Dot

Issued in the end of 2015, at Fiver House Records, The Pale Dot was recorded during a single day at the National University of Music in Bucharest.

Prominent figure of the Romanian contemporary jazz, Mircea Tiberian chooses (or is perhaps chosen) as a partner for this record by the younger pianist Toma Dimitriu. At first glance, The Pale Dot might seem a collaboration between master and disciple, but things are not so at all: the nine tracks on the album are all musical interactions taking place on an equal footing between two mature musicians with well articulated speeches.

What can rather easily be remarked about the music of this album is the lack of any excessiveness, of any rough touches or parades of virtuosity. Even if the stylistic range covered is quite extensive, the music has in every moment its own coherence, its own internal logic that allows itself to go beyond the concreteness of harmonic progressions of blues, of habanera rhythms or allusions to walking bass or free jazz techniques. Of course, a major contribution to this feature has the way in which the pieces were designed from the outset (most belong to Mircea Tiberian, two are written by Toma Dimitriu and two are collective creations). The subtlety that characterizes Tiberian both as performer and composer is shared by his partner. The final artistic product is thus protected from the recourse (and addiction eventually) to common places of jazz performance that may confer the music an easy, shallow appeal. On the contrary, here musical ideas follow their natural flow unencumbered.

It should not be overlooked that, in addition to stylistic homogeneity and conceptual unity that emerges throughout the album, at the interpretative level, the two musicians make together a flawless team. Despite the fact that Tiberian and Dimitriu have a completely different and uneven experience, it is extremely difficult to distinguish the two in their solo performances (I, for one, gave up on this challenge). Lacking such a fluctuation, The Pale Dot has many moments where the music seems to be performed not by two, but one person. Although they might be accused of a lack of individualization of each instrumentalist, I still think that giving up on this aspect in favour of the unity of the final artistic product was, in this case, an inspired decision.

Artist operating equally well in several stylistic regimes, Mircea Tiberian moves away from the daring experiments that have characterized some of his recent albums to engage with the exploration of more conventional harmonical and melodical structures. Therefore, the merit of the current album is precisely that it succedes in shaping firmly its individuality within a language apparently exhausted. To achieve this, the two musicians knew how to simplify and essentialise various classic jazz structures (either melodic, harmonic or rhythmic), to use later in a slender shape and partially detached from their usual meanings. On this foundation, Tiberian and Dimitriu discreetly inserted their own creative interventions the final outcome being a diverse, well-proportioned product, able to articulate its own vision on means of expression defining for the jazz universe.

Listen and buy the CD ?