By discovering this unexpected meeting in the Jazz Festival in Saint-Germain-des-Prés, Paris, program, I said to myself, « the organizers want to make a shot ». As if Anne Hidalgo, mayor of Paris, began to palling around with the association 40 million motorists …

It would be wrong to stop at a first impression as Maurice Ravel, the Bolero man, attended in his time, the Harlem jazz clubs. It was in New York in 1928. Maurice even attended a concert of George Gershwin and declared that he was fascinated by the improvisations of the American master. So there was meaning to play the return leg in France. Eighty years after the death of Maurice Ravel, he had to find what was the jazzman best able to carry out this new meeting. And then the choice quickly became: who better than Jacky Terrasson, the famous Franch-American pianist could do the job? 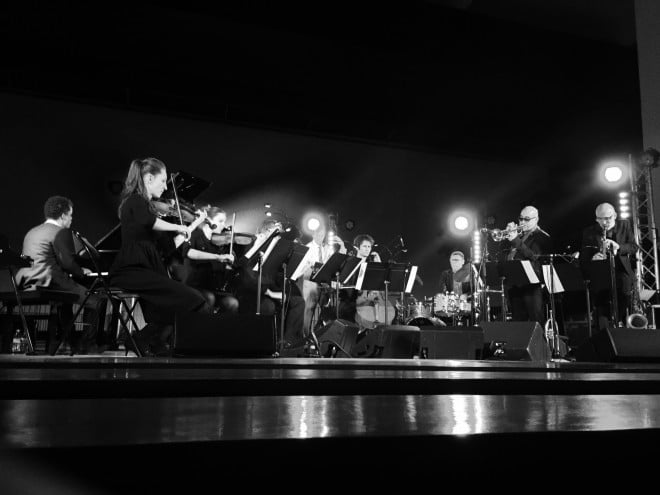 Thus we ended Thursday evening May 19th to attend a jazz night ‘Around Ravel’ and his contemporaries such as Lili Boulanger and Gabriel Fauré. When classical music blends perfectly with jazz, it gives a special concert for a unique evening, since this creation will not be played elsewhere, at least for now. An evening in an exceptional place, the great amphitheater of the Panthéon-Assas University which allows installing nine musicians on its stage. Jacky Terrasson of course, plus his two accomplices, the Belmondo brothers, Lionel and Stéphane, saxophonist and trumpeter. Thomas Bramerie on bass and drums Lukmil Perez. One, two, three, four, five. We have a quintet.
For the classic part, we discover then the «Quatuor Equinoxe », four young people who usually play chamber music. They have impressed us so much, that we must name them all: Abu Clara and Pauline Dangleterre,violins, Loïc Douroix, viola, and Emile Bernard, cello. 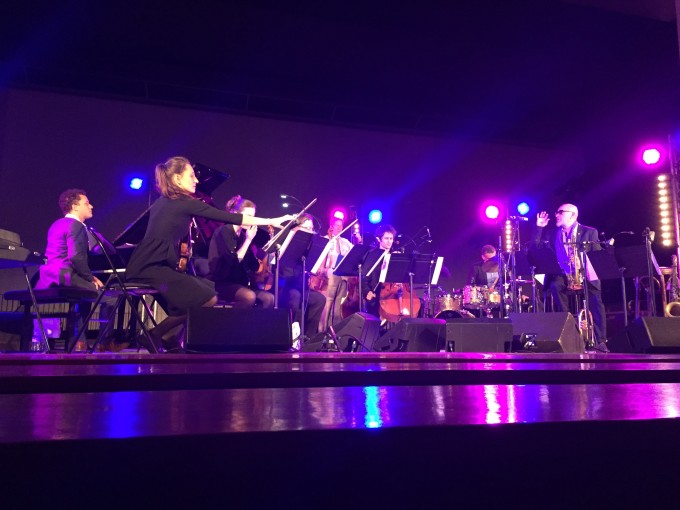 Jacky Terrasson starts the concert playing “Clairières dans le Ciel” from Lili Boulanger and “Nocturne”. Gabriel Fauré “En prière” and “La Sicilienne” and finally Ravel’s “Ma mère L’Oye”. One has the impression of entering the intimacy of these composers, performed today by young and brilliant musicians from classical and jazz! They married and blended their different sounds, so brilliantly, with respect for each other. You should have heard Stéphane Belmondo finishing a trumpet solo over as a copy-pasted by the two violins … An art due to Lionel Belmondo who provided musical direction for the show. Lionel appeared as a conductor with bare hands, it is him who sets the tempo and rules by gestures the volume of each instrument. Meanwhile, Jacky Terrasson does not hesitate to let it go. In full improvisation, he slams ten salsa steps and manhandled his keyboard until he gets marvelous notes.

Better yet, Lionel Belmondo admits that they have repeated only once the day before …

– How did you choose the classic quartet? He admits he did not know it, but it had been recommended to him by a friend.

Congratulations to this friend for the good choice! This proves that music is universal whatsoever.

The program mentioned a surprise guest: here was Mathilde, whose singing enchanted us, especially by her delicate interpretation of “TroisBeaux Oiseaux du Paradis” by Ravel.

We will not forget the smile and the astonishment of Clara Abou, the violinist, turning her head to look at Jacky Terrasson’s hands on his keyboard. Like us, she did not lose her evening. 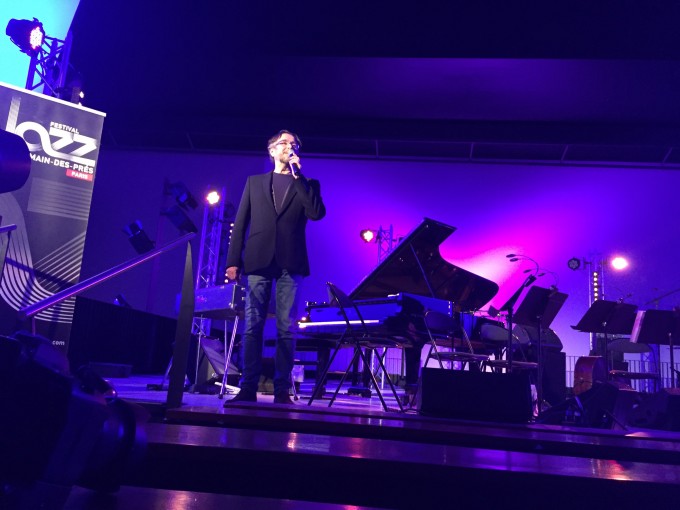