By Jean-Christophe Desgroppes4 April 2017No Comments 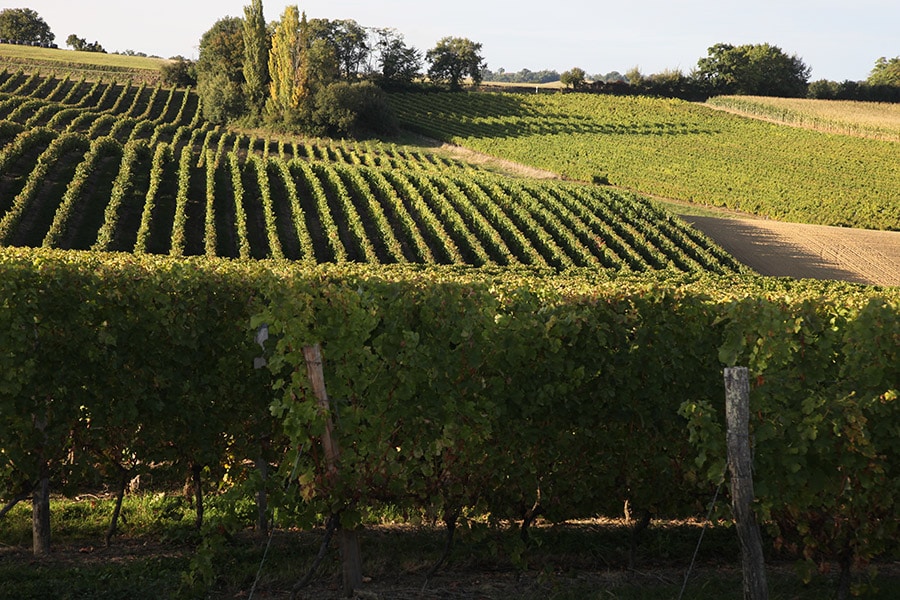 My travels take me full south, almost at the Pyrenees’s foot. We are in Gascony, within the “Appellation d’Origine Controlée” Saint Mont, a terroir that has found life for only 60 years!

We must, however, plunge back into history to understand this rebirth.

In the tertiary era, the sea covers the south-west of France. By retreating over the centuries, it favors the contribution of “fawn sands”, one of this terroir specificities. 7 000 years ago, the “lambrusques”, our ancestors’s wild vines, appeared. Then it was in the Middle Ages that pilgrimages along the Compostela roads, crossing this territory, favored the dissemination of the Fer Servadou grape variety, resulting in an increase in interest in the vineyard.

But at the end of the 19th century, the Phylloxera cataclysm completely disorganizes viticulture. Fortunately, the remote vineyard of Saint Mont led to a late appearance of the epidemic, the “fawn sands” terroirs preserving some plots.

The beginning of the 20th century saw the organization of the Armagnac marketing to the detriment of wine. At the end of the 1950s, taking advantage of the Armagnac’s sales difficulties, the cooperative cellars of Saint-Mont were created. Then in 1957 a defense syndicate set up to produce a simple appellation “Côtes de Saint-Mont”. The VDQS classification appeared only in 1981 meaning the return of a desire for development. Ambitious means were invested to restore a vineyard in line with the historic territory, reintroducing the Pyrenean grape varieties. There are still some jewels: old plots with old vines before the clonal selection. A conservatory of grape varieties is thus created to preserve their intrinsic historical qualities.

This preserved heritage is exceptional. The cooperative organization to pool all the non-productive means allows the vine producers to concentrate fully on their vine-growing. Not without thinking of the music since its creation in 1977, the winegrowers accompany the Festival of Jazz in Marciac.

In this very warm atmosphere, we enjoy very beautiful wines which I show you some jewels.

During this visit we had in mind this 2:19 Blues by Winton Marsalis, an evening at Jazz in Marciac 2015…

A white wine to start the tasting, assembled with 70% of Gros Manseng, 20% of Arrufiac and 10% of Petit Courbu. A very light, pale yellow robe. A nose charmed by notes of citrus fruits, including grapefruit, for a balance in mouth between acidity and fruity.

Let’s go on the red wines.

The most “athletic” in tannins, because of its blend of Tannat, Pinenc and Cabernet Sauvignon grape varieties. Organic cultivation brings less density and more aroma to this cuvée. A pretty dress, a fruity nose with tannins of course, a power and a roundness in the mouth, allowing to accompany red meats or a beautiful duck breast.

This vineyard is ageing more than 30 years, allowing the tannins to mature. The dress is sustained, carmine. The nose is pleasant with the tannins always present explaining the bitterness in the final, in a supple mouth, greedy with notes of peppery nuts. Tasting with a raw ham “Beurre noir de Bigorre” is simply suitable.

A selection of Tannat, Pinenc and Cabernet Sauvignon grape varieties. A dense and dark dress, an intense nose expressing black and ripe fruits. The mouth is very pleasant, it is round with a presence of tannins due to the blending. It is a real pleasure; the fruit is present with a slight bitterness in the final.

It is an exceptional cuvée from a plot of the 19th century which conceal about twenty varieties of which seven are still unknown, with the Tannat majority. The intense ruby ​​color exudes aromas of plum and blackberries, the palate is velvety and unctuous with a beautiful roundness in the final. A real treat.