By Philippe COLLIOT9 November 2021No Comments 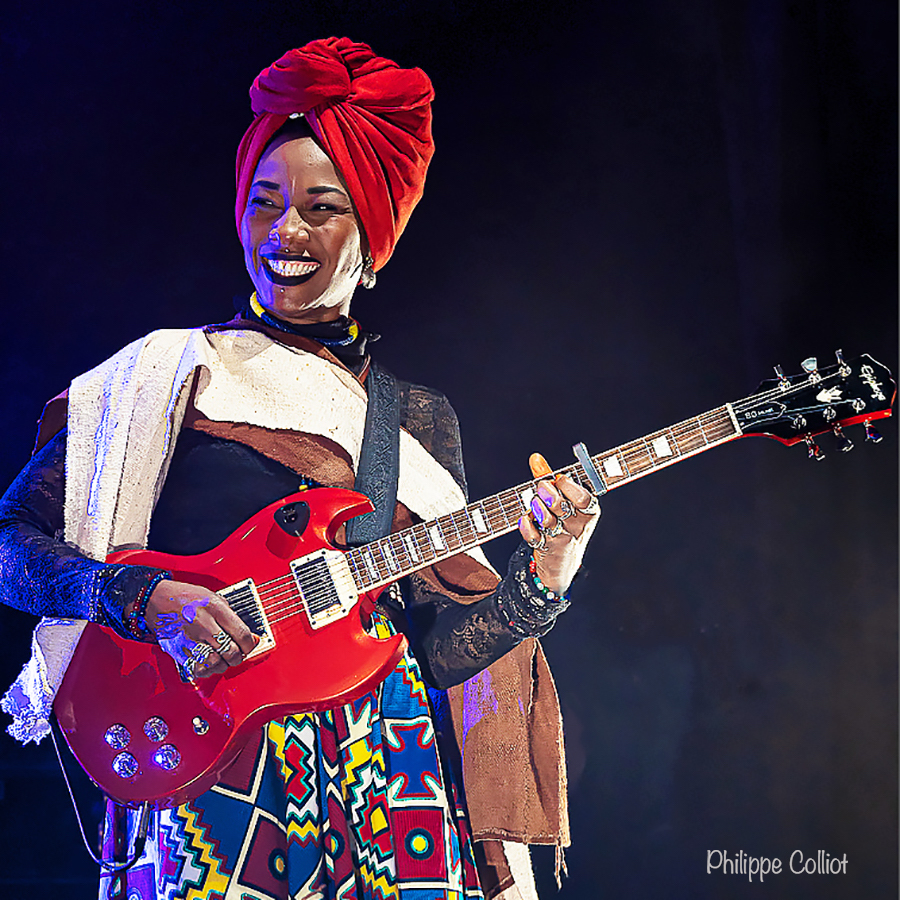 Scheduled in particular in the biggest jazz festivals in France (Marciac, JSLP, Jazz à La Villette …) Fatoumata Diawara made a stopover in St-Malo at the Nouvelle Vague (New Wave!), the concert hall and current music of St-Malo , Thursday 04 November 2021.

Fatoumata Diawara presents herself as a woman, an African, a musician and proud of these three qualifiers.

The Malian singer presents her references. She cites first: Billy, then come Ella, Nina, Miriam Makeba, and today Angelique Kidjo. Scheduled in particular in the biggest jazz festivals in France (Marciac, JSLP, Jazz à La Villette …) Fatoumata Diawara made a stopover in St-Malo at the Nouvelle Vague, the concert hall and contemporary music of St-Malo, on Thursday 04 November 2021. 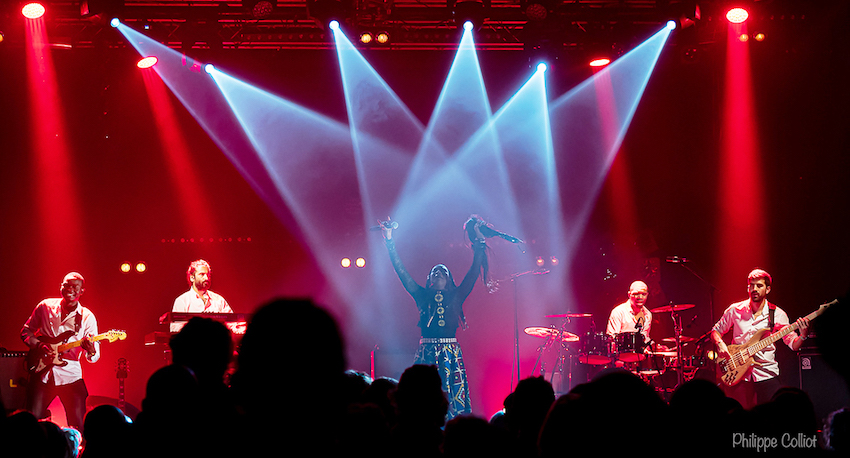 In her music, the blues yes, the jazz a little, funk, but especially Africa, its rhythms and its energy. She will also refer to Fela Kuti, one of the founders of Afrobeat.
On vocals, with or without her guitar, surrounded by four musicians, (Yacouba Kone on guitar, Arecio Smith on piano, Juan Finger on bass and William Ombe on drums), Fatoumata Diawara‘s music, especially breathes the colors of Africa. The rhythm and energy carry the audience, the choreographies of the two guitarists add to the spectacle, as do the frenzied dances of the Malian artist. 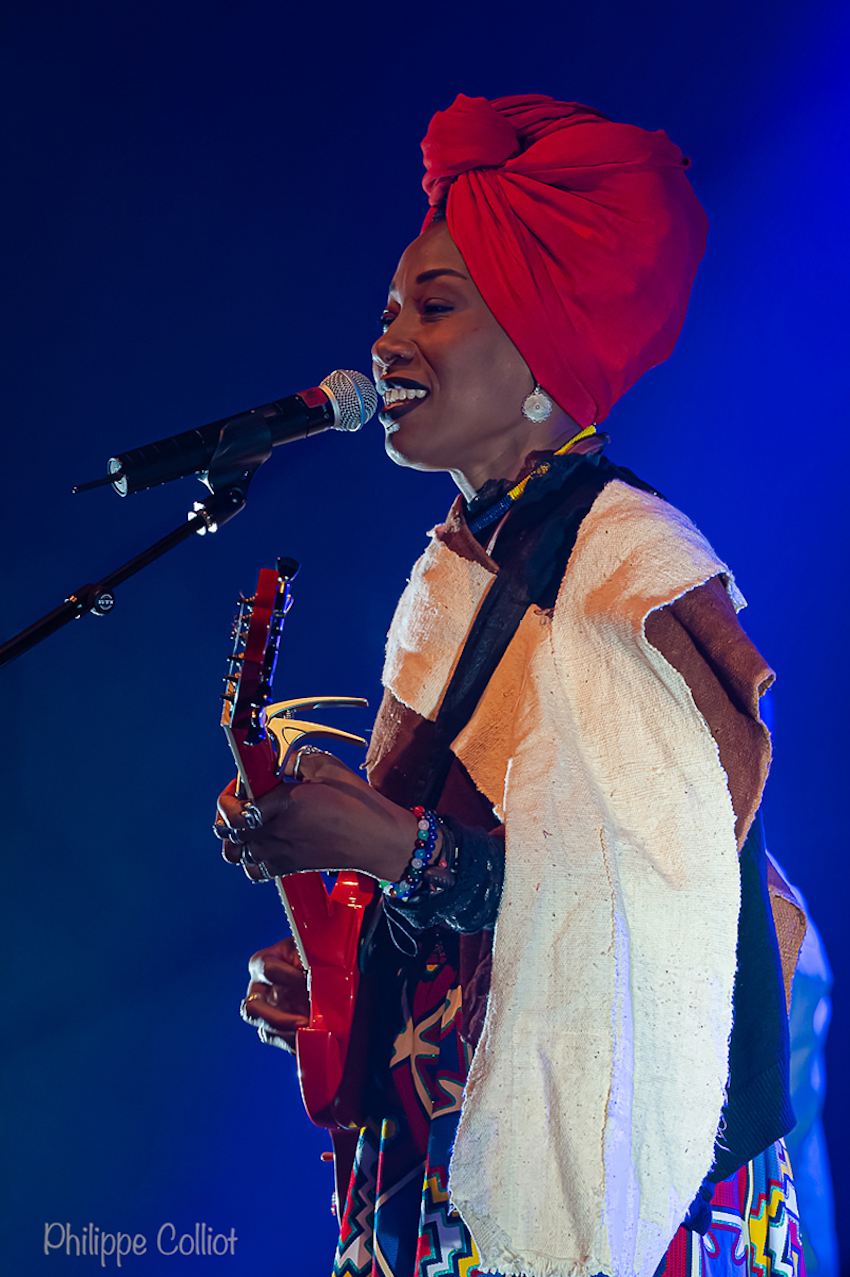 Most of the songs are presented. The texts are for most of them linked to African culture which is tending to disappear, the call for peace, tolerance, the condition of women, love …

Fatoumata Diawara, a committed artist of her time.