By Francis CAPEAU11 April 2019No Comments 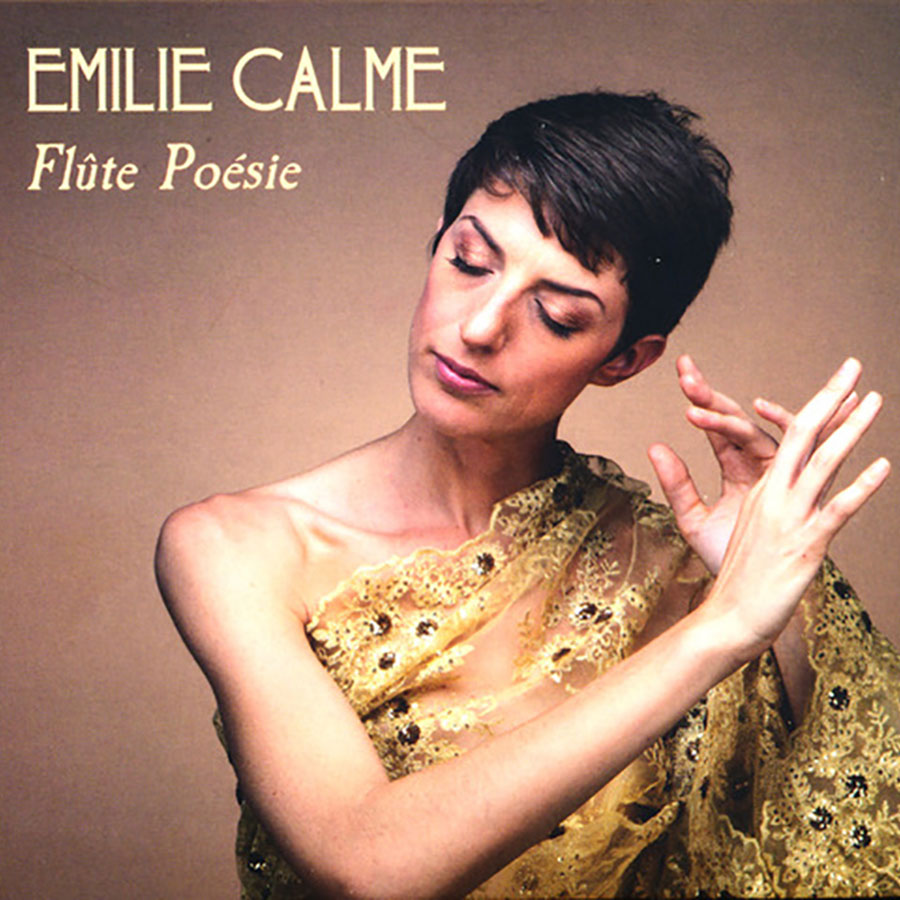 Sol, La, Si, Do, Re! Remember the five magical notes played by the Pan flute in the adventures of Tamino and Pamina, Papageno and Papagena?

There’s a bit of that same magic in the journey Émilie Calmé (flutes, bansouri) invites us to take with her, accompanied by Alain Jean-Marie (piano), Gilles Naturel (double bass), Lukmill Perez (drums) and Laurent Maur (harmonica).

Calmé’s flute playing is simply stunning: in turn sensual, melancholic, energized and relaxed, it’s always got an enigmatic poetic veil and a spellbinding power. We’re lured in to her world, wanting to listen over and over to the re-modeled, well-known tunes, starting with Song of Delilah(written by Les Reed and Barry Mason for Tom Jones in 1968) and ending with Naïma(with a flute/harmonica duet that even Trane would dig); She gives us several landmarks along the way: Bud Powell’s Celia; Randy Weston’s LittleNiles; the classic Like Someone in Love(composed in 1944 by Jimmy Van Heusen for Dinah Shore starring in ‘Belle of the Yukon’) with Calmé soloing, if you please; and Indifferenceby Tony Murena (flute-harmonica duet with Laurent Maur), etc.

This album contains everything we like about jazz artistry: soul, musicality, mindful listening, intelligence, and a genealogical relationship with the standards, the roots of jazz, honoring the past whilst staying open to the future’s endless possibilities.

Tracing Calmé’s itinerary to date is as challenging as it is dense. From an early musical education at home, to flute and percussion trainging followed by theoretical studies (Universities of Bordeaux and Agen), with multiple musicological trainings (harmony, classical and contemporary flute, jazz, world music …), geographical (Turkey, China, India, Mongolia, Korea, Central Europe, South America), and unlikely companionships, including the superb flute-harmonica coupling with Laurent Maur since 2009, for which both have tweaked a unique palette of shapes and colors, of which they are to our knowledge the inventors and sole owners.

Alain Jean-Marie needs no introduction: the man, his humor, the wizard, the pianist with incomparable sound, the human encyclopedia of jazz, the biguine … In short, a living legend.

In this rare, particular context where the main solo instrument has a low sound flow (especially for the alto flute and the bansouri), the rhythmic accompaniment is like a caress! Gilles Naturel and Lukmil Perez deploy the riches of finesse and elegance, giving a perfect balance to the ensemble’s solid foundation.

Laurent Maur, meanwhile, is one of the best kept secrets of French jazz. He and the harmonica are one. After discovering blues and rock with Peter Kingsbery and Mighty Sam McLain, he discovered jazz in the mid 1990s, with Toots Thielemans and the CIM school in Paris. He came in first place at the International Trossingen harmonica competition (Germany) for both Free Chromatic and Chromatic Jazz, in 2001. Then he joined the CMDL school in Paris to teach alongside Didier Lockwood (2004). He has travelled the world making music, from east to west and back again, acquiring vast musical baggage along the way.

This album is ESSENTIAL LISTENING! … and a Couleurs Jazz Hit, naturally.

Release Concert at the Sunside, Paris May 21.

Still in the Racks :