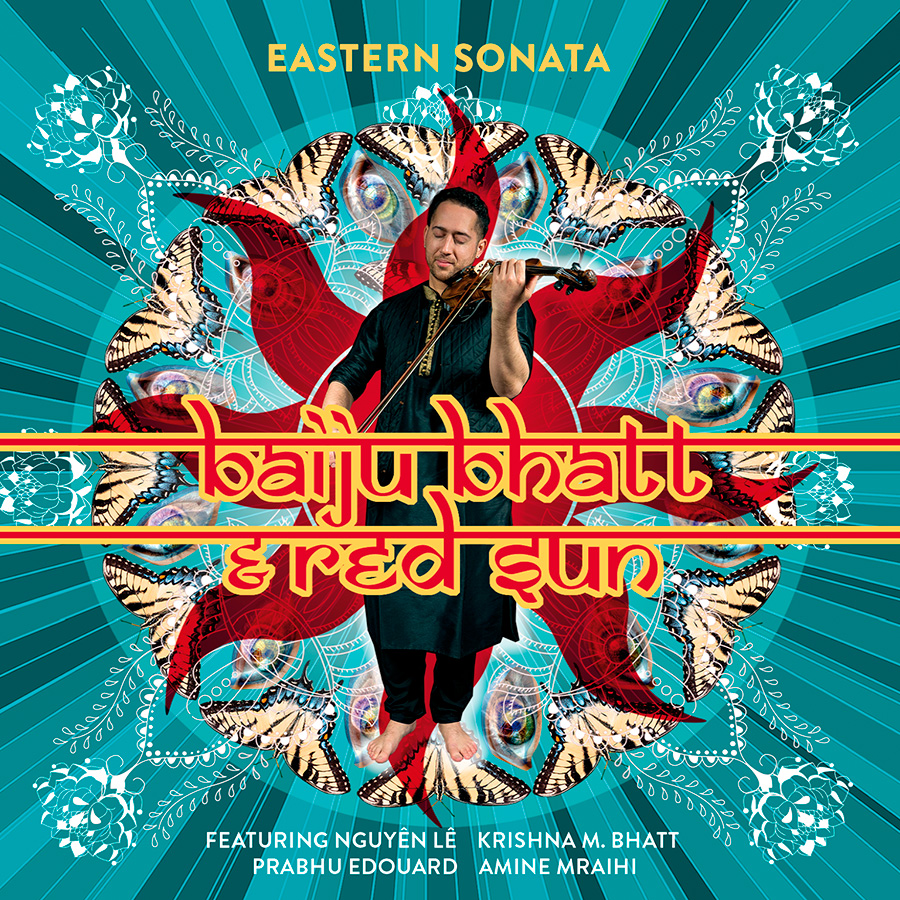 Since John McLaughlin and his fusion incursions between East and West, between the rich Indian musical culture, rock and jazz attempts, colors touches sometimes enrich the palettes of jazz described as Occidental one. The result is very often interesting and successful. But here we reach another dimension, with this “Eastern Sonata”, an accomplished musical work, surprisingly fresh, with balanced sounds between tradition and modernity.

The virtuoso violinist Baiju Bhatt offers us with this second album, a piece of his bi-culture (his father is a great Indian sitarist, his mother is Swiss) extremely learned and colorful.

The fusion and we could say the osmosis, operates between the various instrumental textures and is obvious.

But let’s be clear: everything is so digestible, so airy, sometimes romantic, energetic or fiery to others, a concentrate of spicy and sweet life at a time.

The melodies reign there, the rhythms so dear to the Indian music bring this incredible richness to the communicative energy and which invites to dance.

The scents of this music are sometimes intoxicating, and the colors (so dear to your magazine) flamboyant.

All this would obviously be made possible without the hard work, the experience of several years together, where the interplay is felt, even at the hearing of the disc. (We can not recommend too much to listen to this band live!) This group is called the “Red Sun” it is he who prints this strong sound identity. 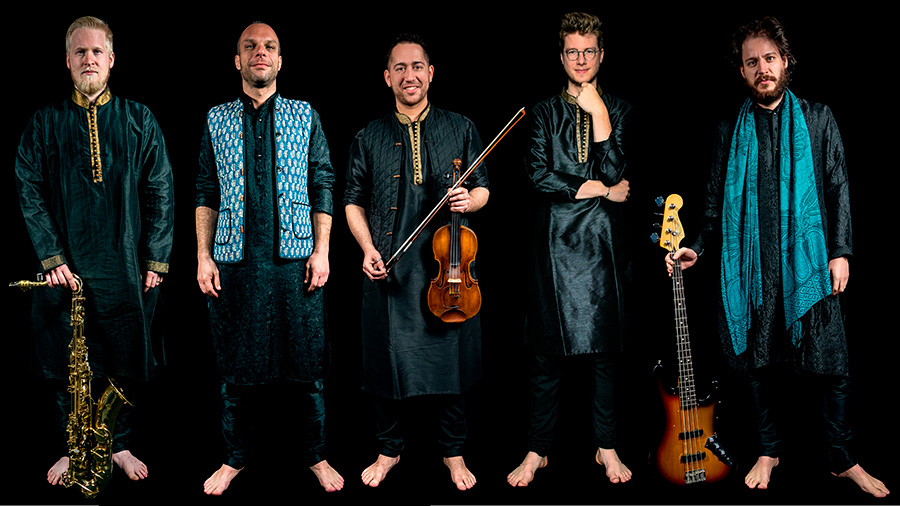 Baiju Bhatt is on the violin. He wrote the compositions. Valentin Conus is on saxophones,

Mark Priore affirming the finesse and elegance of his game is on keyboards. The rhythmic (essential here even more …) is provided by Blaise Hommage on bass and Cyril Regamey on drums.

Three distinguished guests accompany the quintet: the well-known guitarist of the Parisian jazz clubs, among others, Nguyên Lê, who also provides artistic direction and mixing and Prabhu Edouard, master of tablas and percussions.

Then, the oudist Amine M’Raihi intervenes majestically in Coosmopolis where traditional Tunisian music blends perfectly with the Indian rhythms of the tablas.

Then, the flute of the wise magician Jay Ghandi, like a veil, extends its notes on Upper Welsch Side.

All compositions are by Baiju Bhatt, with the exception of Land Of Wonders, signed by the brilliant saxophonist Valentin Conus, Whirpool, a beautiful cover of a piece by John Taylor and finally Song For Little Shai, signed by the father Pandit Krishna M. Bhatt, who can be heard at the sitar.

Eastern Sonata, under the Berlin label QFTF, fits perfectly into the jazz we defend in this magazine, the one that expresses all the colors of humanity. In this it is universal.

Baiju Bhatt will be in concert at Club Nubia, Boulogne-Billancourt, on December 14, 2018.

Then on, December 19 décembre, at ETM – Genève,

Two pairs of ticketss are up for grabs for the NubiaClub concert, as well as 4 CDs, if you answer the following question:

Who is the main composer of the tracks in the album?

(please send your reply to: contact@couleursjazz.fr)

Draw in case of a tie.