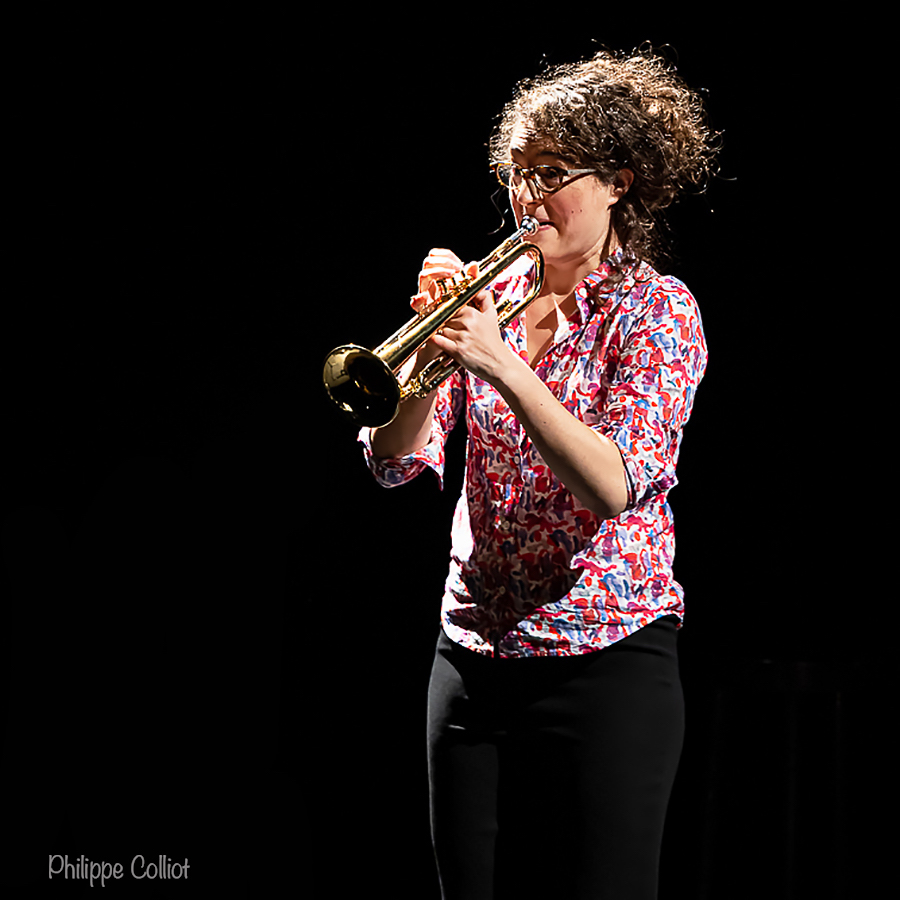 After several postponements, due to… A happy event for Airelle Besson which keeps her away from the stage for a year, then the pandemic. The trumpet player then shares her enthusiasm and her joy to present her new project. “Postponements, an evil for a good, you will be able to hear my new project” she said.

She is accompanied by her faithful companions who also appeared on her previous album, “Radio One”, namely:

– Benjamin Moussay piano, fender rhodes & synthetisor bass (with a lot of threads of all colors, will underline Airelle) 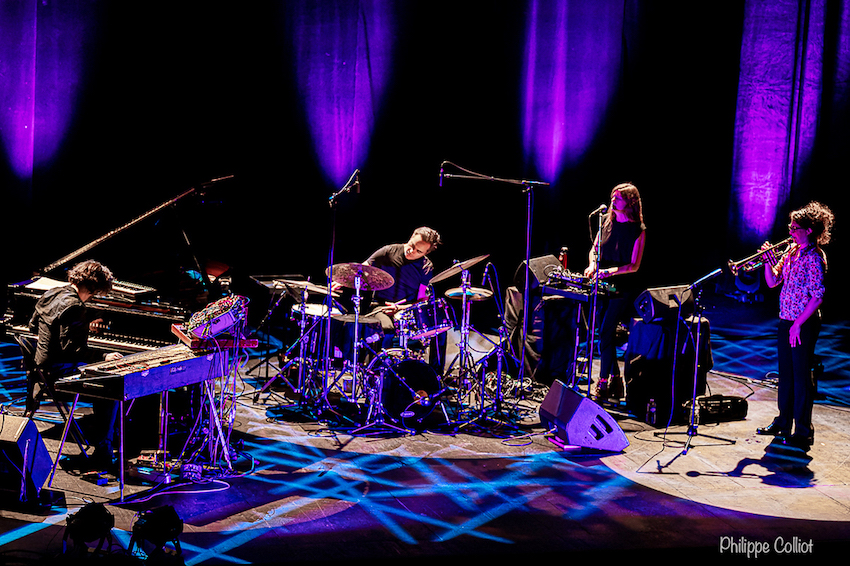 It is thus a quartet broken in after several years of tours in common which presents itself to the public of Quimper who came numerous.

Cohesion of the group and of the sound where each one finds his place, the quartet unfolds in a masterly and faithful way the project “Try!”

In opening and to plunge in the atmosphere, the group exposes the three parts of ” The sound of your voice “. Superb melodies, aerial play of the trumpet player, pure and impressive voice of the singer, alternating atmospheres with the different keyboards of Benjamin Moussay, surgical and delicate precision of the drums, the concert promises to be of high level. And it will be also thereafter!

The group scrolls the titles of the album, making us travel in particular towards ” Uranus and Pluto “, luminous piece. Or “Patitoune“, initially a lullaby composed by Airelle for her child, but passed to the mill by the group and which would surely not put the child to sleep! 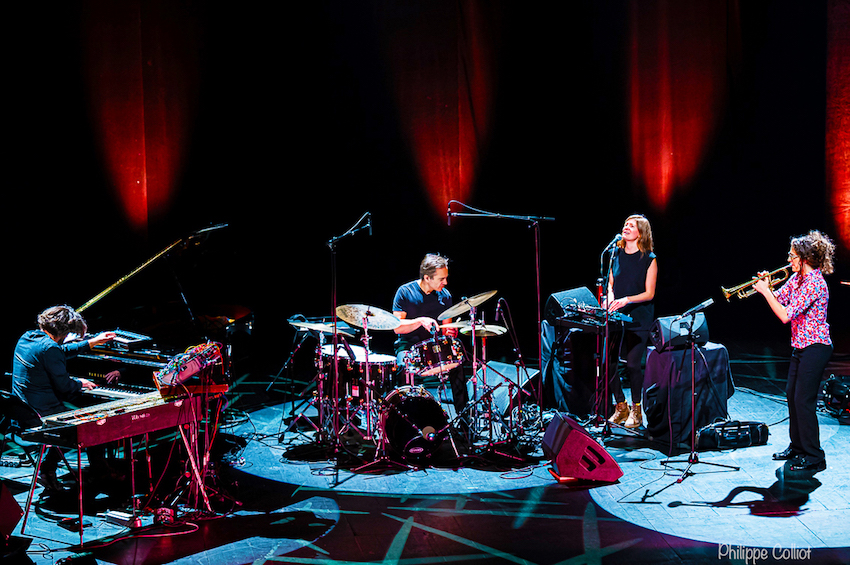 And for one of the encores, a superb duet Airelle Besson – Benjamin Moussay. on “Neige“, a piece present on the album “Prélude” (released in 2014, in duet with guitarist Nelson Veras).

To complete, I will add that the room of the Théâtre de Cornouaille is very beautiful, the acoustics excellent and all this magnified by superb lighting.

Happy public of Quimper which benefits at the same time from this beautiful structure opened to the jazz, and from the association Aprèm’Jaz of Quimper which ensures on the region a programming of great quality. The association will celebrate in 2022, with a little delay because of who we know, its 20 years.

I think we will have the opportunity to talk about it again.