By Christian Grimauld7 April 2017No Comments 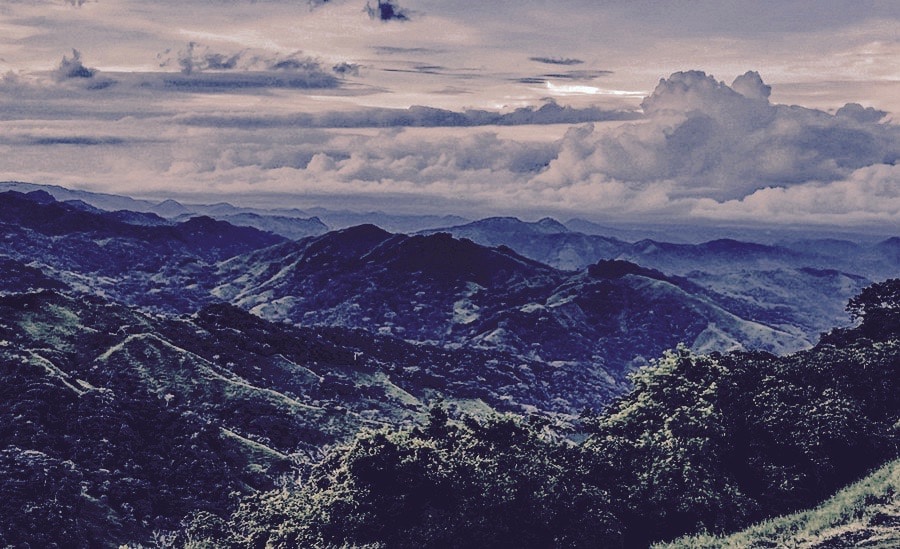 In recent years, we have followed Uriel Herman’ musical creation, this great musician from Israel, who will play in France this year for the second time, especially at Coutances at the Festival Jazz sous les Pommiers.

Uriel offers us this time an amazing and original project that still shows the extension of his inspirations:

« This is the biggest live project we have done so far. its a story about a Shamanic ceremony on the jungle of Costa Rica that gave me the influence to write this Rhapsody. Its a 20 min piece for my Quartet and Orchestra, and it goes through the 8 stages of the night. i really hope that you have the time to dive into this piece as it is a challenging Wonderfull journey. »

The listening of this rhapsody has inspired the writer Natan Odenheimer of which we have the pleasure to propose here the text:

A man wants it to change.

He doesn’t know if the it that he wants to change is himself, or the world. He is in disorder, the one that sometimes accompanies personal tragedies of loss, in this case, a familiar one: the loss of a lover. Perhaps, he often thought, he should have seen it coming. But then again, how can you prepare while trying to prevent it from happening?

You cannot. He is perplexed. He believed that their love is real, more real than most things he saw or felt. This thing, Love, was touchable by fingers, smellable in sweat and breath. Then, at once, it wasn’t anymore. He tried to make things right with her, to explain, believing it’s a matter of communication. After months of delving in his own misery and squalor, he realized that she didn’t leave him because something he did or didn’t do. She left him.

The man is on foreign soil, on the distant side of the Atlantic Ocean. His father is with him. They came from a city walled by sacredness. A kind of sacredness that the man never wanted to embrace. His father invited him to a ceremony, that is why they came all this long way to the remote jungle. Welcoming them at the hilltop village is a friend of the father. The wilderness stretches beneath them and the friend teaches the man about the ceremony. They will wear white, ingather near nightfall, sit on the ground in a large circle, and drink three cups of the potent medicine.

There is an oddity about this place. It is a village made of pale men and women who choose to live in the wild, enacting rituals from cultures they weren’t born into, recreating them to invoke… to invoke what? He asks himself mutely.

Come evening, an excitement of anticipation washes him. The White Night begins with a gathering. The people sit in a large circle. The shamans and the musicians man the inner circle and the outer circle is made of men and women sitting separately. Some even brought children. There are also guardians — villagers who are experienced with the medicine and ensure that the participants don’t get lost in their transgressions.

After sundown, the crowd stands up, and the man makes his way with everyone to drink the first cup. There are two lines, one for men, the other for women. He is worried. In recent months, he sunk deeper and shallower in his innermost wretchedness. What sort of anxieties will this strong experience force him to face?

He reaches the table and is given a full cup of medicine. As the cup nears his lips, he finds that the women from other line is standing in front of him, mirroring his motion. Her eyes meets his in an almost unnoticeable gesture.

He returns to sit near his father. Melodies played by the musician entrap him in thoughts that run back and forth in his mind like starving mice. He breathes, letting the medicine take him elsewhere and indeed, he is elsewhere. He shuts his eyes, but images and memories are shuffling disorderly in his brain, trying to trace answers to nameless questions.

Is his sanity at risk?

The more he tries to cling to his sanity, the deeper he is entangled in his memories and fears. So he let’s go — of what? He doesn’t need to know anymore. The forms and lights he sees with his eyes shut are bright, touchable, intriguing.

When he opens his eyes his father is shivering in an awkward position on the ground.

The father asks the son in a weak voice, Are you okay?

Yes father, the man answers, I’m fine. Are you?

Assured that his father is fine, the man stands up and looks around. A circle of people in white. He is part of a whole, a whole he was never before aware of.

The second cup of the potent brew is poured. Again, he stands in line, sips the bitter liquid and walks aside, looking for a spot to crawl into himself. Some men, like his father, are shivering, others vomiting. He finds a deserted piece of ground, lays down and drowns into himself.

Are you going through a rough patch? One of the guardians asks him.

The ceremony continues. Not all participants stand up and wait in line for the last, third cup. For his father, two cups were enough or too much. He returns to sit on the ground near his father who is still struggling with himself.

The man finds calmness. His eyes are browsing the crowd, the woods, the skies, letting the entirety of the scene act on him, the outside world coming at him with all it’s might and beauty. The women from the line is sitting some rows in front of him and their eyes meet. They look at each other, telling stories about themselves without uttering words, without I or it. A rhythm arrives in him; it begins with slow hums, a morning song that turns into an abrupt melody, reminiscence of something he must of heard or felt. The skies slowly gray and turn into an orgy of red, yellow and white. The children, asleep for the better part of the night, are now fully awake and their juvenile playfulness makes him smile. The humming he heard before, is now simmering in his ears. The man let’s the music turn his arms and hands into instruments. There is a large rock there, and he is dancing atop as he would a stage until the ceremony ends.