By Jean-Pierre ALENDA28 December 2021No Comments 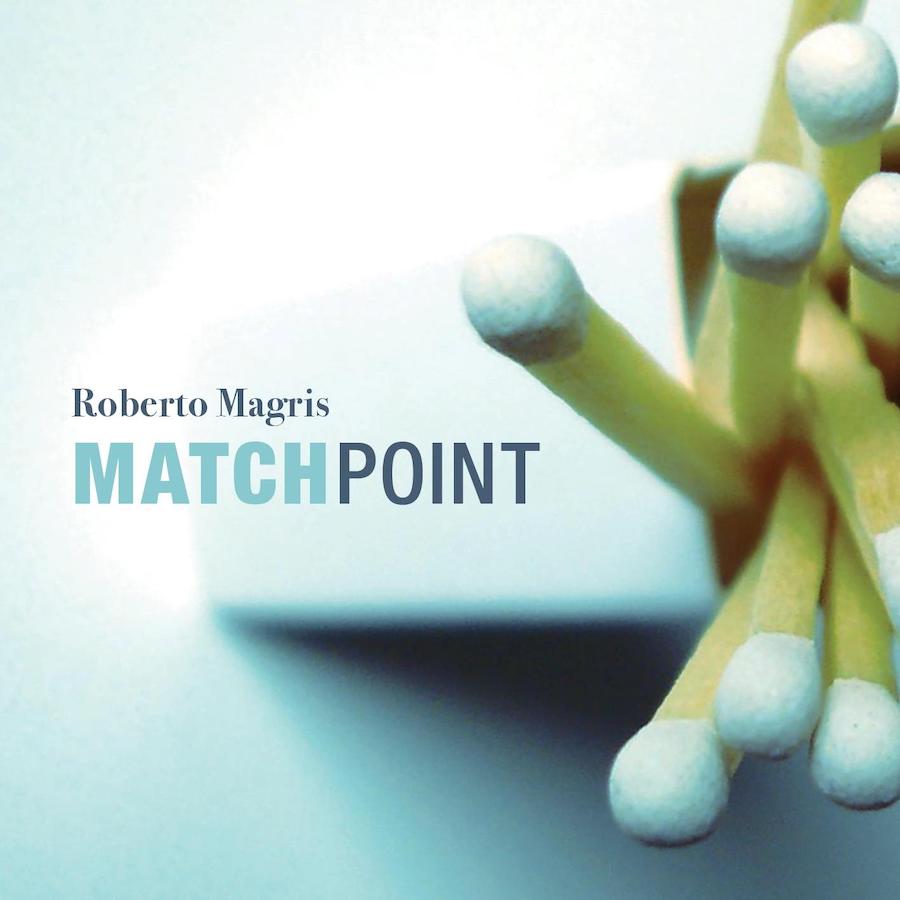 Roberto Magris is an Italian pianist who has recorded more than thirty albums with a career that links Europe to the United States since the 2000s.  Paul Collins and JMood Records of Kansas City have already released several of his albums, with a style at the confluence of several musical traditions, from Bud Powell to McCoy Tyner or Stanley Cowell.

His new album, Match Point, released on JMood Records in 2021, was recorded at Criteria/Hit Factory Studios in Miami and features two categories of tracks, those composed by Magris, four in number, and the covers, based on an eclectic panel that ranges from Richard Kermode to Mc Coy Tyner, via Thelonious Monk.

It would be too simplistic to oppose the bluesiness of the pianist’s compositions to the Afro-Cuban fragrances present on the other tracks, when they are an integral part of the vocabulary developed by the Italian since his flight to the East Coast of the USA, marked by a very affirmed versatility during this session.

It must be said that the presence of Cuban Alfredo Chacon on vibraphone and percussion tends to singularly color the musical discourse, as well as the contribution of Costa Rican Rodolfo Zunica on drums or American Dion Kerr on bass. Right away, “Yours Is The Life“, a composition by Richard Kermode, establishes a sort of cross over with Santana’s Latin rock.

Present on the album “Welcome” of 1973 on which Devadip paid homage to John Coltrane, the interpretation proposed here plays on a learned rereading of the tempo and the rhythmic scansion, which revives the heritage of Bebo Valdés.

With “Search For Peace“, we enter McCoy Tyner’s lands, a tutelary figure of jazz who audibly plays the role of spiritual father for Roberto Magris. This ballad, with its very progressive development, is one of the pianist’s most beautiful compositions, and his Italian counterpart manages to offer a rereading worthy of the original, which few keyboardists can boast. Unusually, the spiritual connotations offered by the artist make the almost mystical intention of the composer appear in filigree.

“The Insider” is Magris’ first personal contribution, shot through with the occult power of the blues that permeates his phrasing.

This is followed by “Samba For Jade” for more Brazilian flavors, and “The Magic Blues” in which Roberto Magris becomes a Rimbaldian seer in the art of bringing to life the intimate dimension of a source of inspiration that clearly draws its spirit from the melting pot formed by the different traditions from which he has elaborated his own musical discourse.

Thelonious Monk’s “Reflections” appears as the album’s climax, one of the few opportunities at the time to hear Thelonious Monk in trio here turns into an impressive solo effort, a genuine reward of choice for music lovers.

“Caban Bamboo Highlife” was originally composed by Randy Weston, transcribed here by a selection of inspired and grounded musical notes that relay the intuition of African-American musicians seeking an intimate identity with the African continent. The underlying swing is brilliant and the interventions of Alfredo Chacone and Rodolpho Zunica strike with a synergy that one would swear is borrowed from boppers.

This rhythmic impulse, magnified by Dion Kerr, is found on “Match Point“, the eponymous track, in which the ghost of Wynton Kelly seems to lurk, and which constitutes a beautiful animated conclusion to an album conceived as an exotic ode to the mixing of cultures.