By Marion Paoli6 March 2021No Comments 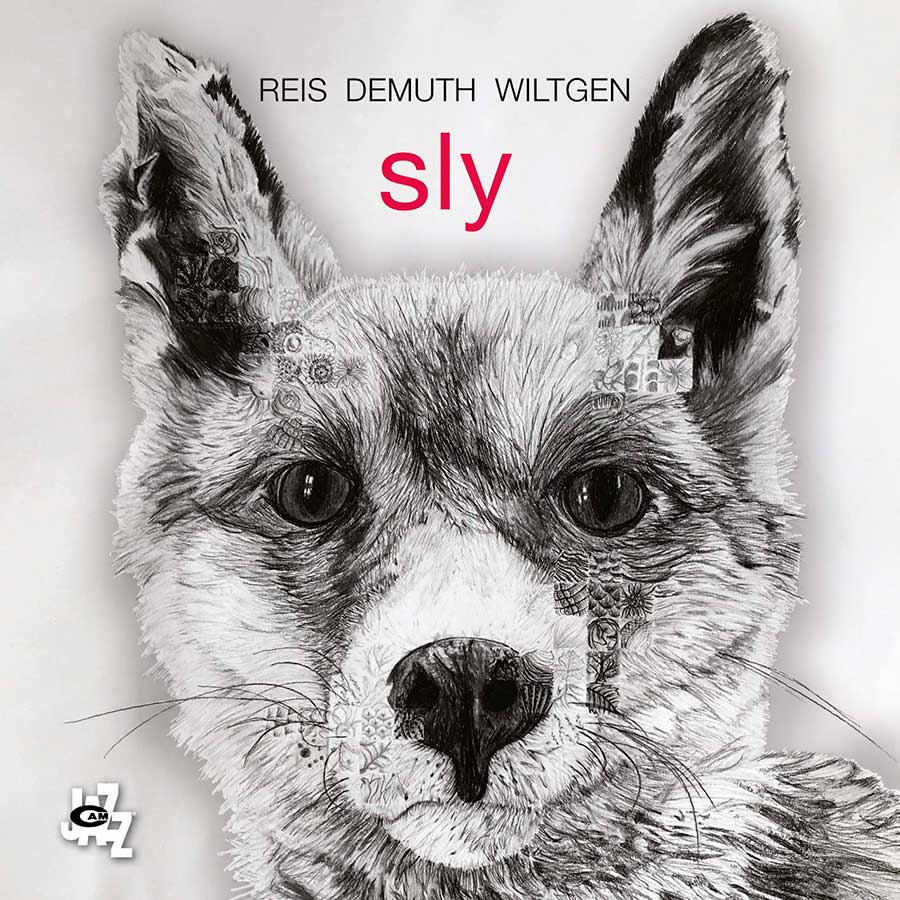 If Groove could be Sly…

Sly is what the Luxembourgish trio Reis-Demuth-Wiltgen has chosen to call their fourth baby. Recorded in 2019, originally due out in 2020, this long-awaited opus is finally on the shelves and platforms. Much to our delight.

The lucky dogs who saw the group in concert in 2020 may not have known that the album’s title and cover illustration allude to a well-known icon of the trio’s motherland. ‘Renert’ is the fox and main protagonist of Michel Rodange’s verse epos Renert oder de Fuuß am Frack an a Ma’nsgrëßt (‘Renert or the fox in a tailcoat and human form’). The epic satirical poem of 1872 draws on the rich anthropomorphic literary heritage (e.g. Aesop’s Fables, Le Roman de Renart) to adapt Goethe’s 1858Reineke Fuchs to a Luxembourgish setting. Largely ignored in the 19th century, Renert  the fox became an icon of national pride and unity in 20th century Luxembourg.

Whether painted as a knight or a villain, for millennia the anthropomorphic fox character has been the artful, cunning character who can get away with anything and never suffer the consequences. Likewise, this three-headed musical fox slips easily in and out of many different terrains, dialects, voicings and styles. They too hold up a mirror to reveal the ambiguities of life and manage to hop across all sorts of borders, armed with their instruments and their rhythmic power. Though the pianist and drummer composed most of the thirteen tracks, bassist Marc Demuth’s composing skills shine bright on the twelfth track, cleverly called ‘The Rebellion’.

Such literary and aesthetic sensibilities owe nothing to chance. Since 2011 the trio has collaborated with videographer Emile V. Schlesser. At a time when the world is grappling with a ‘beyond-our-control’ pandemic, here is an invitation to perceive another type of beyond. Three videos accompanying the album’s release reveal the poetic and the sublime as an antidote to today’s ambiant gloom.

The tracks they take to another dimension, using clinical type imagery at times, are “Viral” by Paul Wiltgen, “Diary of an Unfettered Mind” and “No Storm Lasts Forever” by Michel Reis. The atmosphere of ‘Viral’ feels heavy at first, with the drum brushes tinkling and the heavy chords; the video shows a ring of poetic images, microscopic details or scrolling panoramas. Little by little, the abstract images reverse the sense of decline and become ones of healing instead. The harmonies unfold gracefully and the

For ‘Diary’, the video gives way to the musicians and their creative mind in an undefined setting, alternating bluish light crossed by light networks and colored scans of the brain, then explosive scintillating images accompanied by a lyrical rise in power, piano and rhythms combined.

‘No Storm Lasts Forever’ bursts on the scene with a dynamic tempo and images of confetti showering over the musicians and their instruments like snow. The lively, almost pop-style tempo defies current times like the fox that always ‘gets away with’ what he wants. With playful cunning and a breakneck pace, RDW trio manages to capture the invisible with a unique blend of artistic chemistry and no deception.

Sly is a Cam Jazz album.

Translated from French by Eliz Corbett