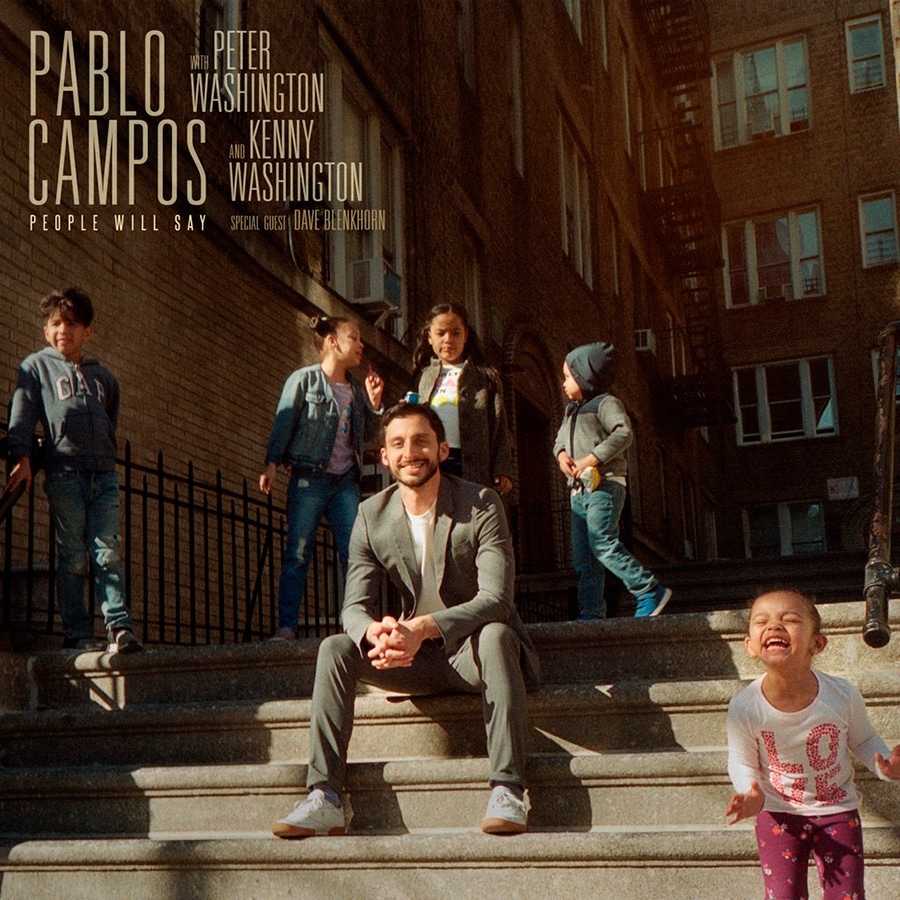 French audiences may recall Pablo Campos’ professional beginnings in a quintet alongside Jérôme Etcheberry (tp) and Nicolas Montier (ts): in 2015 at Jazz aux Esselières (Villejuif), Jazz in Marciac in2017, or his Tribute to Frank Sinatra at the Sunset in 2018. Then he spread his wings and took to the sky, appearing on such prestigious international stages such as JazzVox in Seattle, Washington (USA).

The path his career has taken testifies to the fact that his popularity is not just a passing fancy.

For “People Will Say”, his first album as leader, Pablo Campos chose ten standards of the Great American Songbook which have particular meaning and resonance for him. In addition, he includes two of his original compositions about familiar New York places: 60 East 12th Street and Washington Heights, a beautifully crafted blues which brings out the quality of his piano playing and natural phrasing.

Often reminiscent of Nat King Cole, Pablo Campos’ singing has a smooth, velvety swing, a charming intimacy and a refined sense of interpretation. The way he brings out the enigmatic flavor of No More(check out Billie Holiday’s remarkable version with the Toots Camarata orchestrain 1944) is a perfect example of his strongpoints. The talented accompanists Peter Washington on bass, Kenny Washington on drums and David Blenkhornon guitar (guesting on five tracks) have a vast experience with the repertoire and contribute generously to the success of the band.