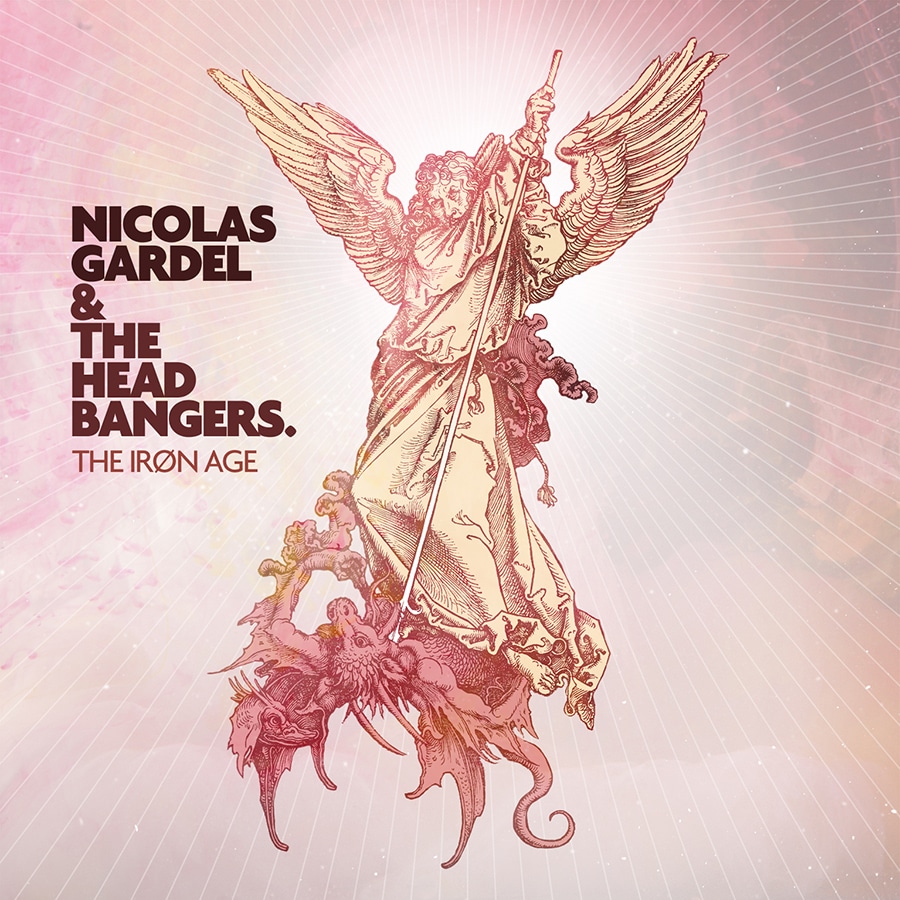 « I don’t like jazz » do we too often hear said by people that, most of the time… don’t know anything about it. The popular idea according to which jazz is an « elevator music » (the famous « Girl from Ipanema » version by Stan Getz and João Gilberto forever immortalized by this cliché), the group playing « background music » at the wedding or corporate dinner, is unfortunately still alive and well in our collective imagination.

Young people find jazz to be too “old-fashioned” or “snobbish”, they don’t believe it to be a music made for them. However, when listening to The Iron Age, the new album of Nicolas Gardel’s sextet, we suddenly see excited faces turn back to us and ask surprised: « is that jazz? »

Nicolas Gardel is a trumpet player from Toulouse, a graduate of the National Conservatory of Music in Paris, who has surrounded himself and taken part in the projects of big names of the world jazz scene, such as Riccardo Del Fra, Henri Texier or Chris Potter, to name but a few. The musicians composing his band are no less remarkable: Ferdinand Doumerc on saxophones and flute, Dorian Dutech on guitars, Thibaud Dufoy on piano and keyboards, Philippe Burneau on bass and Jérôme Martineau-Ricotti on drums. After The Dark Side of a Love Affair in 2012, the energetic Headbangers are back to shake heads again. Their music is a dialogue between modern jazz, funk and pop-electro. Long instrumental tracks compose the record. While « Loveless in Babylon » or « Seven Skies » reminds us of progressive rock, the cover of Weldon Irvine’s « Mister Clean » or « Pump » groove at will, well anchored in funk and hip hop. They do not hesitate on  using sounds borrowed from electronic music and DJs. Gardel succeeds brilliantly in producing a popular music, quite close to pop / rock, without making it plain, and leaving  the leading role to improvisation and therefore, to jazz. 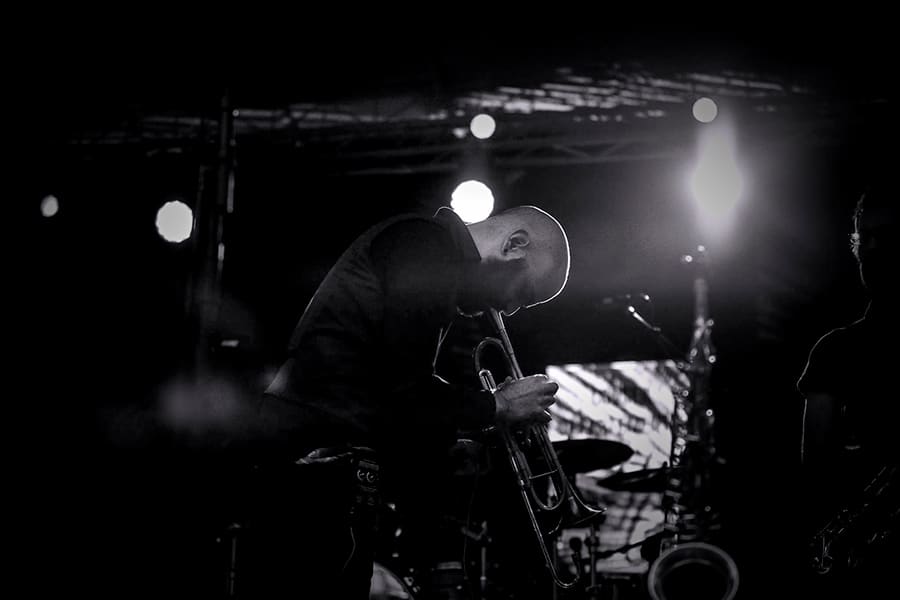 The album self-confers a mystical and sacred dimension. The artwork depicts Archangel Michael terminating Satan, represented in the form of a dragon. The title, too, is eloquent: « The Iron Age » refers to prehistoric times between the Stone Age and the Bronze Age. Several titles contain mystical and biblical references: « The Rise of Gabriel », « Seven Skies » (the « seven divisions » of the sky is a belief from the Mesopotamian religions) and « Alpha & Omega » respectively the first and last letter of the Greek alphabet, which symbolize the eternity of Christ. We can only guess the intention of the trumpet player behind these multiple holy allusions … Whatever the may be, when listening to his limpid and virtuoso phrasing, we cannot help but think to ourselves that the sound of Nicolas’ Gardel trumpet could have made the walls of Jericho fall down.

The second-to-last title of the album asks the right question: « What Is This Thing Called Jazz » (quoting the famous standard « Whats Is This Thing Called Love? »). Indeed, what is jazz after all? We are so far away from the irresistible, the swinging, Satchmo or the ethereal Keith Jarrett … And yet, all claim to be the sons of this music. Because jazz is deep within itself a music that blends, that evolves constantly. The listener must understand that there isn’t one jazz, but that it’s an object of an elastic nature, plural, polymorphic, regenerating with the seasons, and always accompanied by a certain concern of excellence… In view of this definition, we cannot but wonder: who might not like jazz?