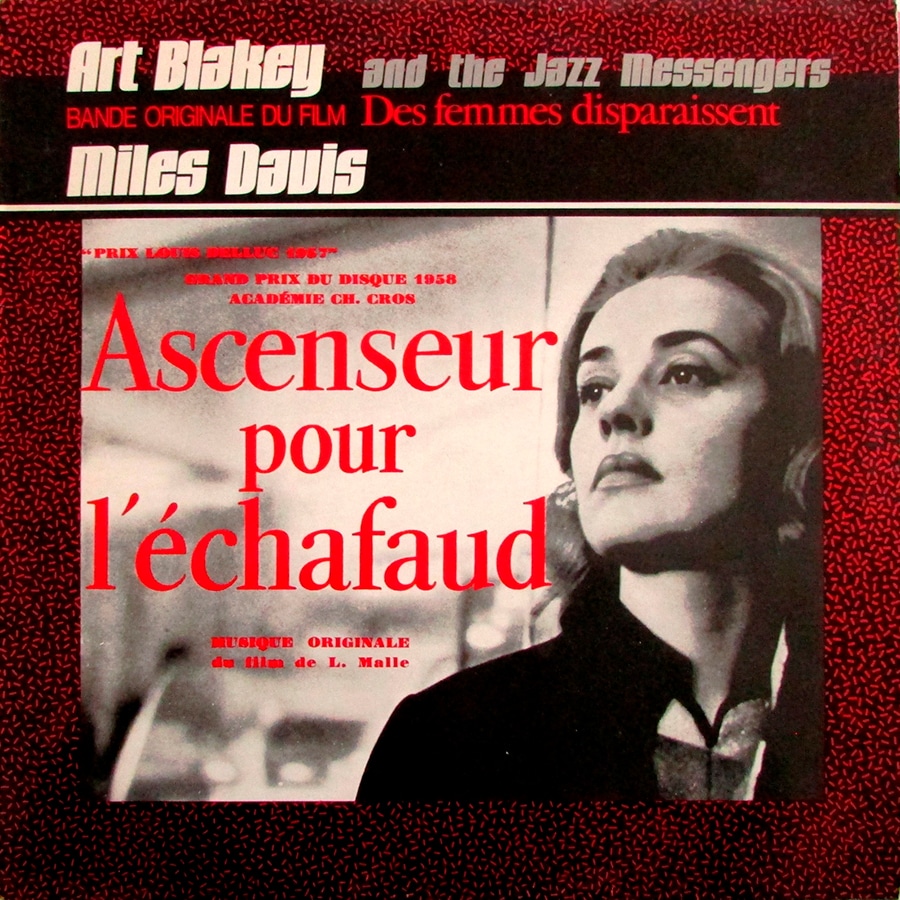 At the end of a musical week dedicated to the blue note organized by the pianist Dominique Fillon, the Chaville’s Atrium hosted this April 12th a conference on jazz and cinema.

François Lacharme, President of “Académie du Jazz”, received as guest of honor Wladimir Cosma, famous composer of movie soundtracks, accompanied by Thierry Jousse, critic and movie director, and Pascal Rozat, in charge at the INA of the enhancement of jazz archives and member of “Académie du Jazz”.

He deliciously animated this debate, where each theme was illustrated by a movie trailer, creating a rich dynamic to the event …

Introduction ! The 1960 version of “Ocean’s Eleven”, with Frank Sinatra, Sammy Davies Jr, Angela Dickinson and Dean Martin among others …

Originality of the cinema: the music arrives in 1927 in “The Jazz’s singer”, first talking movie but without playing jazz!

The rise of the 7th art music develops in the United States with the beginning of the talking and the musicals. Jazz, however, remains absent in movies of the 30s, a form of marginality especially as the tempo of the time is not easy to use. However, the rhythm seems to perfectly stick to cartoons.

Max Fleischer joins Louis Armstrong Orchestra to accompany the famous Betty Boop, in “I’ll be glad when you were dead” (1932).

Apart with Wladimir Cosma on cartoons, which he discovered only leaving Romania at the age of 22 years. He will catch up by creating the music of three “Asterix” and “Les Mondes Engloutis”.

At that time, jazz was often used in two opposite themes, either as music of the jungle, or as that of the city and the machines.

In the 40s, jazz came to the cinema in support of a particular genre born in 1915: “race records” or “race movies”; these movies were produced with black actors for a black audience! Beyond what could be assimilated to apartheid, this racialized cinema valued their natural talents, both musicians and dancers.

It will be necessary to wait until the 60s when the emergence of the civil rights for blacks will finally “free” the cinema, which will integrate the two cultures.

In France, the “new wave” of the 50s saw the appearance of jazz, at the time of post-bop. This modal music on two chords turns without point of references with scenes, however creating a happy marriage. This style of jazz, favoring musicians’ improvisation, created enthusiasm to the directors.

What better than “Elevator for the Scaffold” (1958) to illustrate the point. Louis Malle uses Miles Davis who records in a few hours the music, free improvisation while viewing some movie’s scenes. In his orchestra, nothing but “greats”: Barney Wilen on tenor saxophone, René Urtreger on piano, Pierre Michelot on bass, Kenny Clarke on drums and Miles on trumpet!

Let’s look at the scene where Jeanne Moreau gets down the Champs-Élysées on Miles’ trumpet.

Wladimir Cosma – “Jazz is pure music, beautiful, captivating, it does not describe the context, the feelings but adapts to the movie without being related to its theme. The talent of the musicians brings an intensity, a specific emotion, which influence the image, embellish it.”

Fashion is now passed for use in crime movies, jazz becoming rather synonymous with suspense, even anxiety. The double bass, for example, announces what will happen.

Paradox in the United States in the same 50s, where jazz is not used in “thriller”, more equated with a certain “coolness”.

Except for Otto Preminger, music lover and with a real interest in black culture, which calls on Duke Ellington, for “Autopsy of a Murder” (1959). This is the first movie thought of, premeditated for a jazz musician.

He had also begun to use jazz as a narrative element, and no longer as a musical background, in his movie “The Man with the Golden Arms” (1955).

The directors had forgotten that the essence of jazz was improvisation, to take it again.

It is John Cassavettes who also returns to this foundation, on “Shadows” (1959).

He leaves Shafi Hadi’s sax (with Charlie Mingus’ group) in total improvisation, creating an organic link between the musical project and the cinema. Perhaps not so improvised, because Cassavettes was a cryptic character; at least there may have been some preparatory workshops for recording the band.

It is also found in “Johnny Staccato” (1959), whose jazz music, played by Pete Candoli’s combo, is an important element of this legendary series of “thrillers”. Penniless pianist of jazz, he becomes a private detective.

With “Too late blues” (1962), a series focused on a white musicians group, Cassavettes brings jazz into the era of cinema.

Wladimir Cosma – “The soundtrack is a difficult, demanding exercise. The director does not necessarily know where he is going, and often does not want to take any risk with regard to the musical adaptation; for example, I just realized the soundtrack for “comme des garçons”, after three unsuitable composed music”.

Jazz in the movie credits

In parallel with the development in movies, the importance of music is evident in the B series, where jazz becomes inevitable.

The legendary “Mannix” (1967) with the split screen and music by Lalo Schifrin.

And the superb long version:

The rhythmic signature differs from classical jazz, alternating between 3-4 and 5 beats …

In France, jazz is here too!

And Claude Bolling in the Borsalino movie

An anthology case, “The Thomas Crown Affair” (1968), where the music changed the editing. Michel Legrand, assisted by Wladimir Cosma, composed the music in six weeks without sticking to the images, after a single viewing of 5 hours rushes. A total influence that allows the director Norman Jewison to use the “split screen” technique to finalize a 2 hours movie.

“It is very difficult to convince a director to accept different music, not adapted to the images.”

The composition of soundtrack “Nous irons tous au paradis” (1977) is a great adventure with Yves Robert. It’s pure music, even if written for the movie.

How to represent the friendship of these four friends?

For “The Sax Brothers”, he was inspired by Stan Getz, in the idea of ​​making a double tribute with a memory to Charlie Parker – his musical essence -: a line of sax, the piano and drum reduced to minimum with Charleston.

The idea was not to be in the jazz clichés, rather oriented towards the police movies, but to look for a “parkered” color, as did Alfred Newman.

“The composer is pleased with a musician that pleases him, a particular sound to grow the music.”

He never conceived music based on marketing criteria related to the notoriety of a musician, but on the relation with the music and its meaning.

For “La Boum” (1980), the production wanted “Honesty” from Billy Joel, but the rights were too expensive, and Polnareff also consulted had no good samples. He preferred to work with a young singer to play “Reality” (1980).

In “Le grand blond avec une chaussure noire” (1972), the director Francis Weber had planned a James Bond theme style. Cosma was inspired by the music of “Third Man” (1949) or “Jeux interdits” (1952) where instrumental prevails over tragedy.

He uses a flute and a cymbalum to accompany the orchestra. Francis Weber thought it was going to kill the comedy of the movie; as an explanation, Wladimir replied that “a spy can come from the cold” …

Became essential for the 7th art, the music was not always free in its realization.

It takes a recognized composer to succeed in directing or imposing his choices, sometimes against the flow of the theme or images of the movie. It is often jazz that remained the primary inspiration, in its improvisation that fits its natural essence, its ability to regenerate itself and to create new musical paths.

Some titles to conclude this theme, pledge of escape for us moviegoers!

“The Return of Martin Guerre” (1982), music by Michel Portal

And to illustrate the many films of Woody Allen, a fervent jazz user in his productions

“Mickey one”, music by Stan Getz