By Alain Tomas15 July 2020No Comments 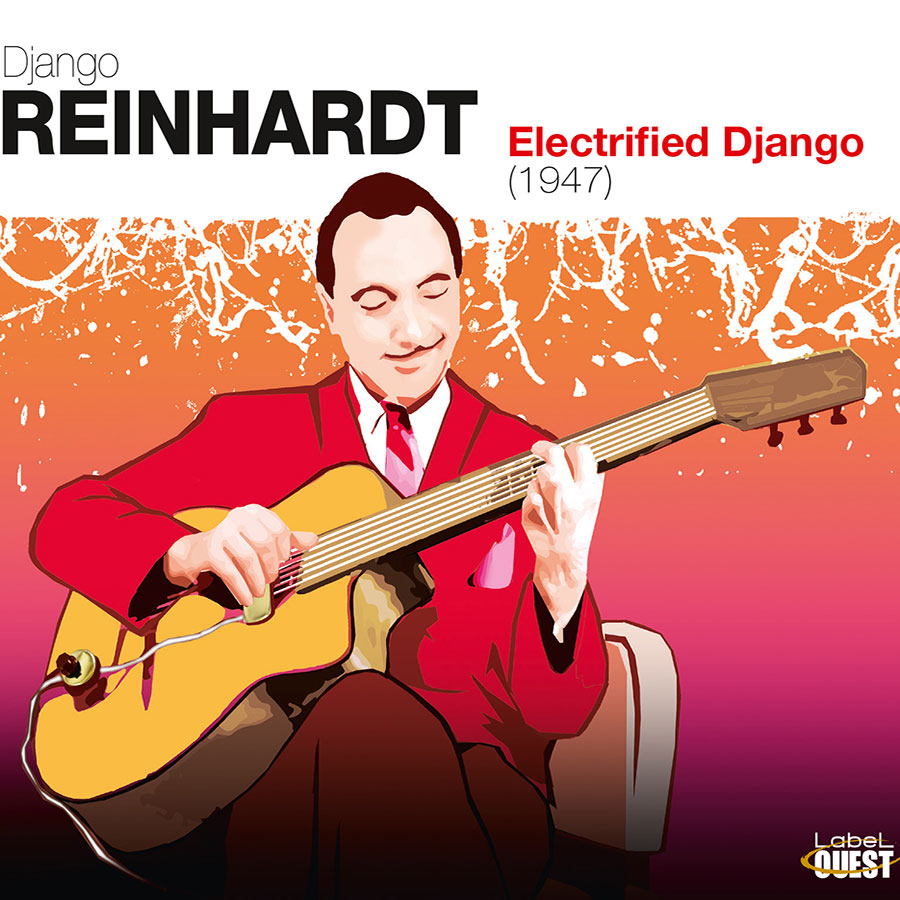 The 13th February 1947, when Django Reinhardt came back to Paris after three weeks of touring through America with Duke Ellington, he had to face the new rhythmic and harmonic concepts of bebop that shared no longer the characteristics of the jazzistic language he knew so perfectly. A new challenge for Django.

As a first reaction he reconstituted his quintet from 1941 composed of Hubert Rostang (cl), Eugène Vées (g), Emmanuel Soudieux (b) and Pierre Fouad (dms) and equipped his Selmer with a removable DeArmond  that he discovered during his stay in the United States.

His concert in Brussels is characterized by a research for innovation in a musical environment that he knows so well though. Following his inspirations, Reinhardt slides a touch of bop into his melodic lines that blend naturally into the swing-oriented style of the Babik orchestra. During these sessions, he experiments with the resources of electric amplification. He gets more and more in control of the new sound material by developing the expressionist aspect of his play and with the help of his orchestral understanding of accompaniment: He distributes series of chords that build a harmonic ground to his accompanists .                                                                   (Porto Cabello, Féerie, Stockholm).

In this selection of recordings of 1947, we hear him dialogue one by one with clarinet player Hubert Rostaing, Maurice Méunier and Gérard Lévecque around a repertoire constituted of his own compositions and standards. This year was doubtlessly an important step in his carrier which reveals at the same time a rare moment: a musical message starts to take shape, manifests itself more and more and achieves finally its culmination. A very precious disc.