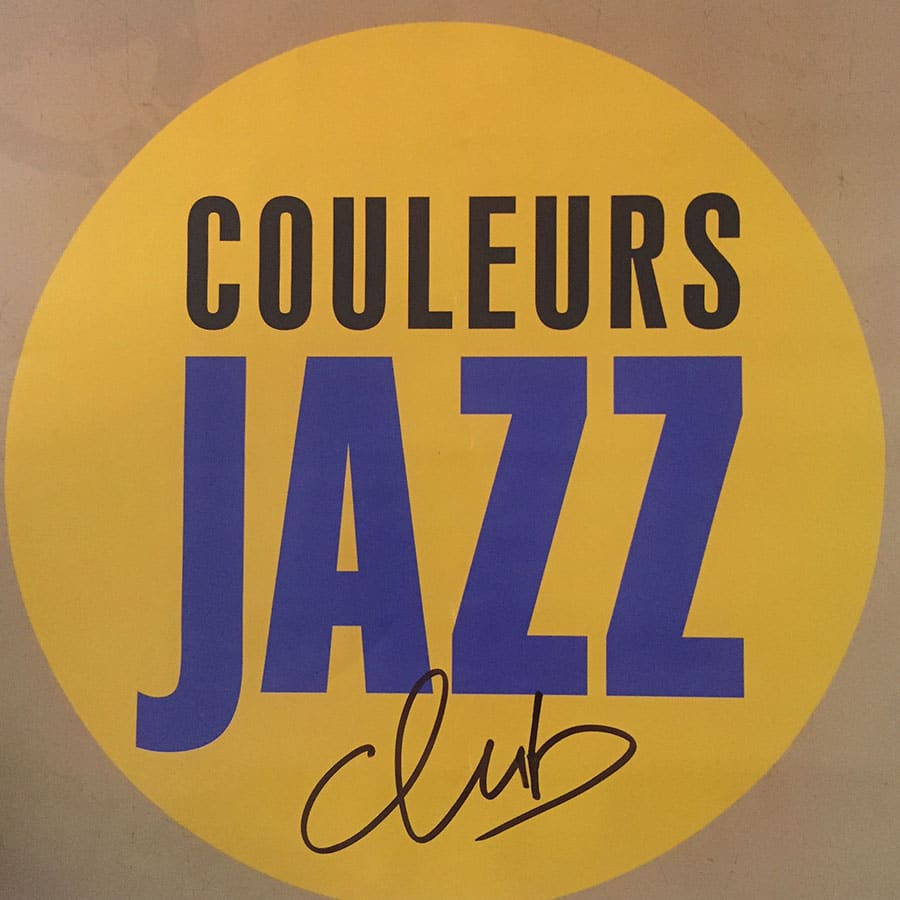 Musicora is the biggest annual event for music and musicians.

A unique rendezvous in France for all music lovers and the only public lounge dedicated to instrumental practice.

During the three days of the show, Musicora offers the general public and the music professionals a number of events and activities: musical awakening workshops and introduction to instrumental practice, conferences, speed meetings, concerts, dedications , presentations of new instruments and innovative music applications …

This year the godfather is Mr. Richard Galliano.

Couleurs Jazz, partner of the event for several years, comes back in 2018 with not only a booth to welcome music lovers and musicians, but a real ephemeral Jazz Club, a “mini” festival, not by its number of participants, since about fifty musicians in 22 Jazz bands will occur during the 3 days, but concerts in short format: (30 to 40 minutes) with the possibility for the public to approach the musicians as close as possible and to buy the albums and have them autographed.

A convivial moment, and extremely festive.

Within the Couleurs Jazz Club will also be present two independent labels among the most innovative:

Ilona Records created by Thierry Maillard who will perform with his big band of 15 musicians on the big stage, (Sunday at 14:45) and Jazz Eleven, the brand new label created by Giovanni Mirabassi.

A trio that brings together open and singular personalities who are part of this new generation of musicians who wants to make jazz music firmly rooted in their time. The trio has joined the talents of Swedish singer Linda Oláh.

A concert presented by Ilona Records

A trio made of the three most requested Parisian jazz scene and have been meeting for 20 years.

Timothée Robert starts with « Vide Médian » bridges between the West and the East, between spirituality and music, and between philosophy and creation. His contrasting music oscillates constantly between dark atmospheres and bright bursts, focused on the concepts of tension and relaxation.

«She’s truly a great new voice for jazz»: that’s what Quincy Jones said about Sarah Lancman when she won the 1st Shure International Competition Award at the Montreux Festival in 2012. Following the success of her debut album “Inspiring Love” recorded in New York, singer Sarah Lancman returns with a new album “A Contretemps” with original compositions. On stage at Estavayer, Sarah Lancman will be accompanied by the pianist of light, Giovanni Mirabassi who imposes by a very personal style where the melodic and rhythmic richness is tied to the inventiveness of his improvisations: a superb internal logic is there work, which combines beauty, refinement and musical subversion. 17 Gold Records, Victory of the Music, Django d’Or, he played with Chet Baker, Steve Grossman, Eliott Zigmund, Glenn Ferris and many others.

They will autograph this  second album, « À Contretemps ».

At the crossroads of hip-hop, jazz and electro, flutist Ludivine Issambourg presents her project Antiloops. The sidewoman of Wax Tailor has a dialogue between the jazz flute and the scratch, supported by a band whose common denominator is Groove.

The double bassist and composer François POITOU leads us in a personal universe, a modern and intimate jazz tinged with classical. The orchestration gives this project a particular musicality, enchanting, a cinematographic and aerial universe.

They are three, a trombonist, a trumpet player, a saxophonist, and they swing like madmen bringing an incredible orchestral dimension without the contribution of harmonic instrument, or double bass, let alone drums, to pay tribute to the jazz of Chicago of the 1920s!

30 mn set on the album. in the manner of Chicago & some pieces of the future.

Baptiste Herbin, one of the most requested saxophonists currently participates in many projects as sideman and has just released his third album as leader. Between two planes we are pleased to return to Musicora on our Couleurs Jazz Club, with some surprise guests.

«She’s truly a great new voice for jazz»: that’s what Quincy Jones said about Sarah Lancman when she won the 1st Shure International Competition Award at the Montreux Festival in 2012. Following the success of her debut album “Inspiring Love” recorded in New York, singer Sarah Lancman returns with a new album “A Contretemps” with original compositions. On stage at Estavayer, Sarah Lancman will be accompanied by the pianist of light, Giovanni Mirabassi who imposes by a very personal style where the melodic and rhythmic richness is tied to the inventiveness of his improvisations: a superb internal logic is there work, which combines beauty, refinement and musical subversion. 17 Gold Records, Victory of the Music, Django d’Or, he played with Chet Baker, Steve Grossman, Eliott Zigmund, Glenn Ferris and many others.

They will autograph this  second album, « À Contretemps ».

“Taming the Animal”, this second album of guitarist Yoann Kempst has an animal side, sometimes wild, sometimes tamed. Yoann himself has a feline side in his movements, his approach and his flexible game.
Rock sounds, flying virtuosos, rhythm. There is Mike Stern, Pat Metheny in the touch of Yoann Kempst, plus the electrical sounds of his machines, feedback, distortion.
We feel a desire to return to the sources of rock and jazz. An animal desire, but controlled, the power of reason then taking over.

Program of the concert : 30mn  set  on the album “Taming the Animal” & several pieces of the future album.

Marc Longchampt a magnificent guitarist, composer. Now used to Couleurs Jazz sessions, he will give us a demonstration of his new lava stone guitars from Auvergne’s volcanoes. Friends, regulars will come to join him for an explosive Jam.

Damian Nueva, a Cuban double bass and bass player living in Paris. He multiplies the projects and is invited all over the world to print his rhythm, that of his heart with all his talent and his joy of sharing. He will come with surprise guests and we will also enjoy a solo moment. In the autumn of this year, his first album is released as a leader.

Francis Lockwood is a regular at Musicora and Couleurs Jazz concerts. One of the best Jazz pianists of his generation, Francis Lockwood comes back with a new album at Fremeaux et associés, expected this fall. He accompanied Michel Jonasz, Manu Katché, his brother Didier, Christian Escoudé, Tony Williams. Also at home to revisit Bach’s preludes or compose beautiful arrangements on Jimi Hendrix.

Joran is part of this new generation of emerging talent. Winner of the Tremplin Jazz Festival in St Germain, Paris, his latest album, “The Path Up” is a Hit Colors Jazz.

This trio is above all an invitation to travel through jazz in a broad sense (jazz standards arranged, Brazilian songs and French songs …). The repertoire, chosen with care, combines storytelling with music with exactness, offering a coherence to these musicians who “play” it all with humor and relaxation.

After 30 years as a sideman, Thomas Bramerie, one of the most sought-after bassists on the jazz scene, decides to speak as a leader. He does it in music … and with words. Each of the original compositions of this album is accompanied by a text where he presents his vision of jazz … and society in general. In this first personal album (Label Jazz Eleven), he surrounds himself with two of the most remarkable young musicians of the new generation of French jazz, pianist Carl-Henri Morisset and Elie Martin-Charrière on drums. This is in the great tradition of transmitting Jazz music by the elders. He also joins the precious collaboration of some illustrious fellow travelers, Éric Legnini, Stéphane Belmondo and Jacky Terrasson.

He gives us the honor to come back for a Bonus concert, after his kick-off concert at Pan Piper, the night before!

He fascinated her from his childhood and gave him a taste for music and dance, so it was natural that jazz singer Margeaux Lampley pay tribute to Michael Jackson for his third album as a leader. She put all her talent, energy and feeling, and was not afraid to resume her best known hits with clever arrangements, full of groove. A cocktail of jazz, pop, and funk, for a great and singular replay of the great timeless hits of the eternal Michael Jackson.

30mn de set on the album “A tribute to Mickael Jackson”

Léo Rondon, guitarist, bassist and cuatriste. It is with the cuatro, this little Venezuelan guitar that Leo Rondon shows all the extent of his musicality and his virtuosity. For several years with the group Recoveco, he has just recorded his first jazz project as a leader.

The singer Tricia Evy, will present us “Usawa” her latest album unanimously hailed by all the press and which has just obtained a “Hit Couleurs Jazz”. She will be accompanied on the piano by David Fackeure. Between Jazz and Biguine. An important voice of the current Jazz.

After the concert on Musicora’s main stage, Thierry Maillard’s big band will dedicate his album in the Couleurs Jazz Club.

After fourteen albums published in twenty years, Thierry Maillard realizes the work of his life, with the creation of this exceptional big band, which synthesizes all his influences and his various musical experiences, in a great melodic, harmonic and rhythmic whirlwind, for the pleasure of all, and pursuing happiness, of course!

A music that is both demanding and playful for a permanent fireworks where the beauty of the melodies is carried by a relentless volcanic groove. The major work of a musician as endearing as inspiring! Rich and dense compositions, with many colors and contrasts. A terribly architectured music, with a stack of magical and secret drawers, and beautiful Russian dolls that fit into each other. An obvious passion for the world of Frank Zappa who has integrated all these influences in his own music, for Bartok too, with his famous concerto for orchestra. An immoderate love for the harmonious melodies and audacities of Bill Evans and Chick Corea, and then an important album that served as a catalyst for “Pursuit Of Happiness”, it is about “Wide Angles” that Michael Brecker published in 2003 and where he was magnificently surrounded by an orchestra of wood, brass, and strings (arranged by Gil Goldstein).

MFQ, a young Franco-Colombian band has engraved its very personal style in a first album released at the beginning of the year: “What’s in the Pocket”. Very constructed and thoughtful we are offered a modern Jazz that could reconcile lovers of jazz as those who have not yet been initiated.
MFQ defines his music as “An ecstatic jazz oscillating between dreamlike harmonies and strong and catchy rhythmic breaks”