By Jean-Christophe Desgroppes20 April 2017No Comments 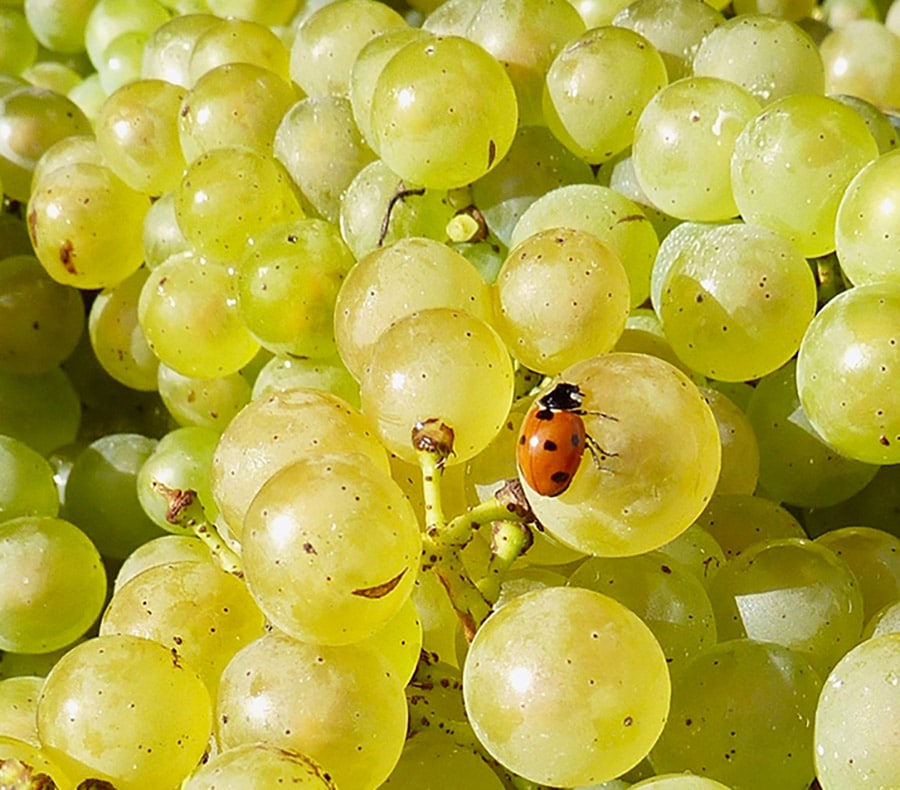 I missed Champagne! Well, I am in Sézanne county, in the village of Allemant, at the house of Champagne Delong. Marlène took over her parent’s estate, with the passion of respecting nature.

This family estate was founded in 1966 when Gérard Delong and his wife bought some parcels on three villages of the Coteaux Sézannais. They planted their first vines and harvested their first grapes which they delivered in cooperative. With the will to control the whole production and to elaborate their wines, they bought their first winepress in 1980, year of launching their first cuvées. In parallel, they continued to buy land, thus having an area of ​​nearly 10 acres.

By entrusting the estate to their daughter in 2000, the house took its name: Champagne Delong Marlene. But while working in her vineyards, she realized that life was missing something; a life she saw in her garden or her walks in the forest which she believed she found every day in the middle of her vineyard. The “crusade” began against the bare soil, the insecticides, the important products and the useless ones … and the understanding of an ecosystem that is self-sufficient; the shrubs’ hedges, for example, favour the return of insects, some of which eat pests that are on grapes. At the same time, she adapted the wine-growing practices to highlight quality rather than quantity of the grapes. The respect for nature through this sustainable viticulture allowed the return of life in its vines: flora, fauna including ladybugs and butterflies, which now serves as the new brand logo. Then oenological difference in the cuvées began to be noticed after a few years.

In 2008, the arrival of her companion allowed to give a new dynamic to the estate: Damien managed the vineyard and Marlene elaborated the wines. These two young enthusiasts, while optimizing sustainable viticulture in both the vineyard and the winemaking, developed a fragmented culture allowing to create new cuvées. Their well-donework received the certification reward in 2015.

Three Champagne grapes have grown on the estate: half in Chardonnay, one third in Pinot Noir and the rest in Pinot Meunier. This distribution is the blending skeleton of the Brut, the Cuvée Privilège, a reference to the house style, with simplicity, tasting ease and freshness.

It’s natural to have you discover the Esprit Nature cuvée: a 100% Chardonnay monocépage. The grapes come from two land plots of the Beauregard area, facing south, with clayed-limestone soil. This terroir is grassed with a vine more aerated, less concentrated, easier to protect, constant from year to year. The goal is to promote maturity and taste after seven/eight years, thus offering aromatic wines while enhancing their mineral notes. With more than five years on slats, the aging takes longer to obtain more concentration and “soften” the wine; the acidity is favored at the beginning and the freshness in the final, with the intention to mix only a tiny bit of liqueur to leaves the natural aromas of the wine.

the extra-brut dosage expresses freshness and aromas. The dress is feminine with a beautiful shining sand color. The complex nose reveals mineral notes, white fruits like pear, citrus fruits and spices. The mouth is greedy and fresh, with a slightly lemony finish. Ideal for aperitizer, the iodized freshness of this wine allows perfect pairings with sushi, sashimi or grilled fish, also with fresh cheese at the end of the meal.

Another cuvée in a very different style: La Grande Réserve, selection of exceptional land plots. Aged for more than six years, the blending resumes the estate’s grapes distribution, to obtain round and balanced wines with a beautiful touch of gourmet and gastronomic side. A special bottle magnifies an old gold color. The nose is intense, subtle, with brioche and buttery notes. On the palate, the attack is soft, the texture is silky with a harmonious balance, and the power of the Pinot Noir appears at the end of the mouth. This champagne, served especially at the restaurant L’Etoile de Mer d’Anglet, is ideally suited with fish, but also with white meat or a magnificent pan-fried salt-pepper foie gras.

All this power expressed and this beautiful balance reminded me this tribute to Coltrane, by Sandro Fazio on guitar, accompanied by Francesco Bearzatti‘s saxophone and Félix Barth‘s voice, an album released recently, “Dear Lord”

Family farming. Cellared and bottled by the winery.