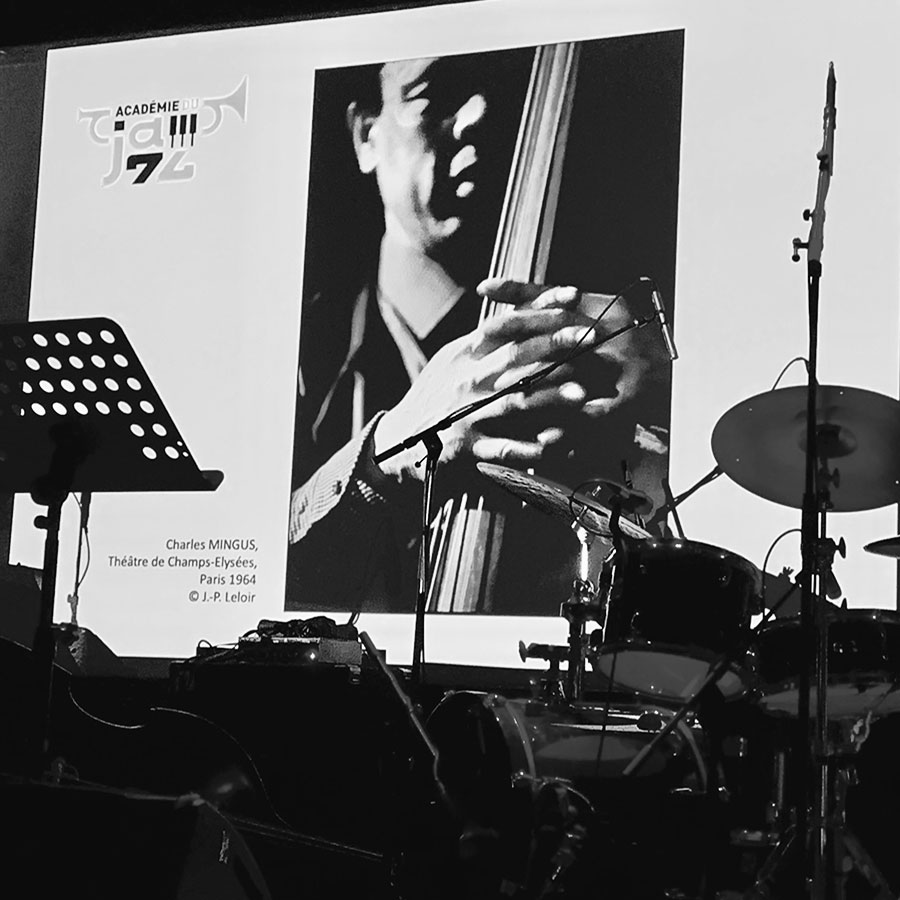 François Lacharme presided over the awards ceremony for the best jazz artists and musical productions for the year 2021 at the Pan Piper. This gala evening had some nice surprises in store for us thanks to the presence on stage of musicians who are rare in Paris, as well as others who we always find with the same pleasure, especially in these times that are just following these strange years of pandemic.

Without further ado, let’s discover the winners rewarded by the historical institution (1955) gathering on this occasion the personalities of the jazz music and the media. 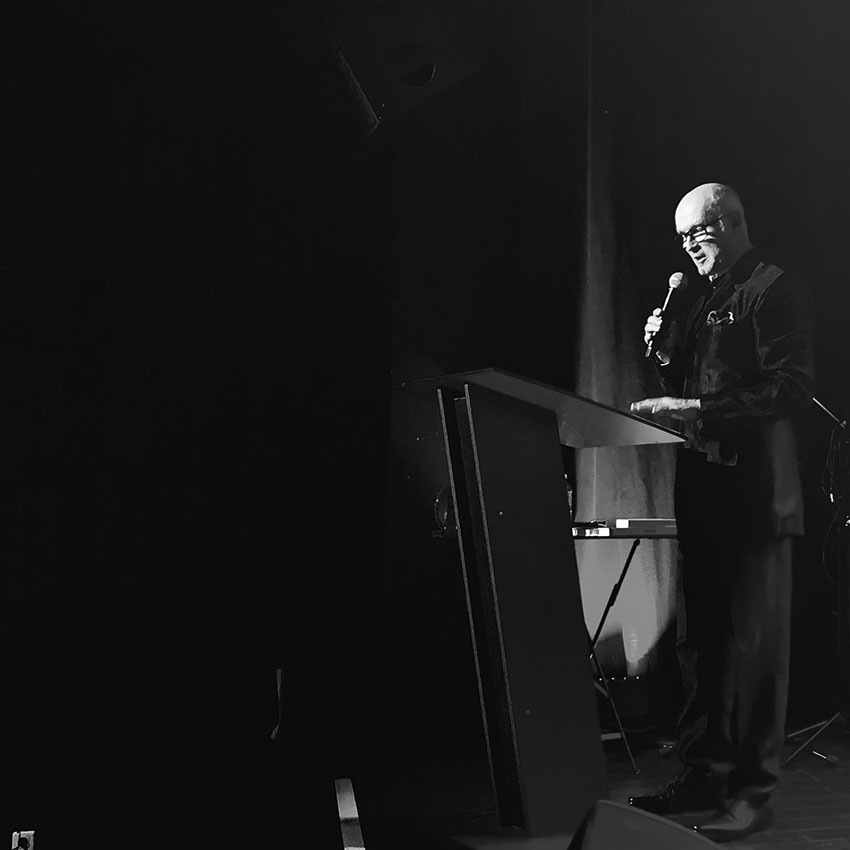 (Best record by a French musician):

During the evening, Stéphane Belmondo, who came without the other members of the quintet of the album, surprised us with some nice pieces with his partner of other recent and older jazz adventures, the guitarist Sylvain Luc (Django Reinhardt Prize 2010). A moment full of emotion and delicacy. Stéphane also underlined his pride in having already been rewarded by the Académie du Jazz by obtaining a Django Reinhardt Prize a few years ago. 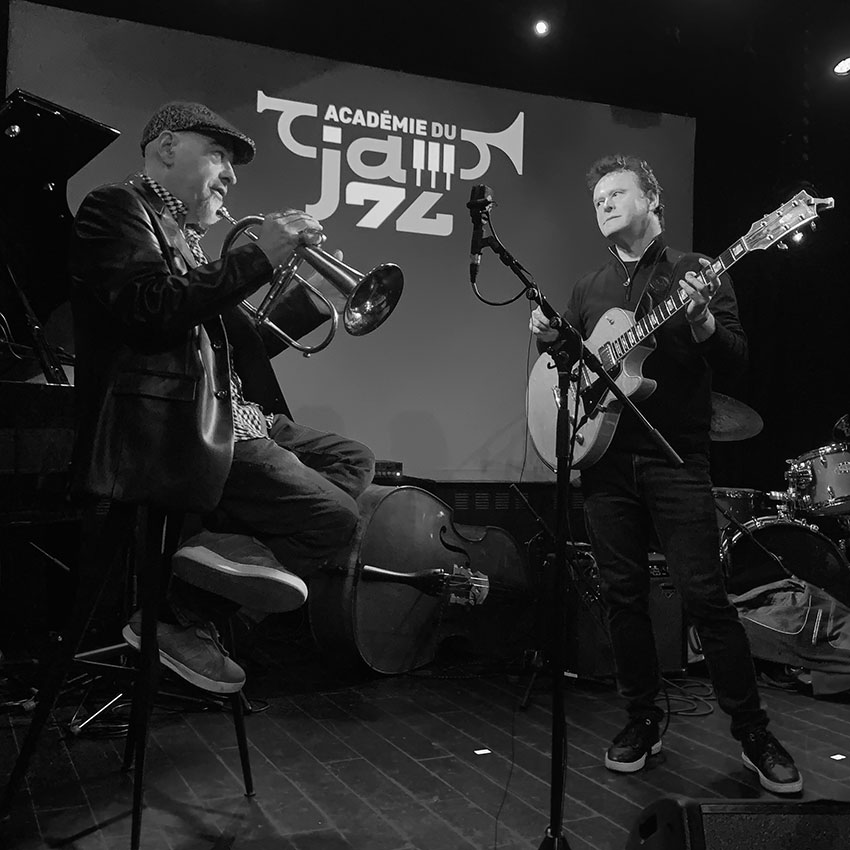 Laurent Mignard, the Director of the Duke Orchestra, then went on stage to receive his award. He was accompanied by several musicians. The singer Natalie Dessay with Philippe Milanta, piano (also a former Classical Jazz Prize winner), performed a duet of great beauty between sacred, lyrical and jazz music. The bar being set very high, it was crossed by two other ladies who “staggered” the assembly by their talent and their energy during a magnificent blues: the clarinettist Aurélie Tropez and the harmonicist Rachelle Plas, totally enthused the assembly. They were also royally accompanied by the rhythm section of the Duke Orchestra of Laurent Mignard, himself on trumpet: Philippe Milanta on piano, Philippe Maniez on drums, Bruno Rousselet on double bass. On saxophones: Philippe Chagne and Olivier Defays and on trombone: Michaël Ballue. 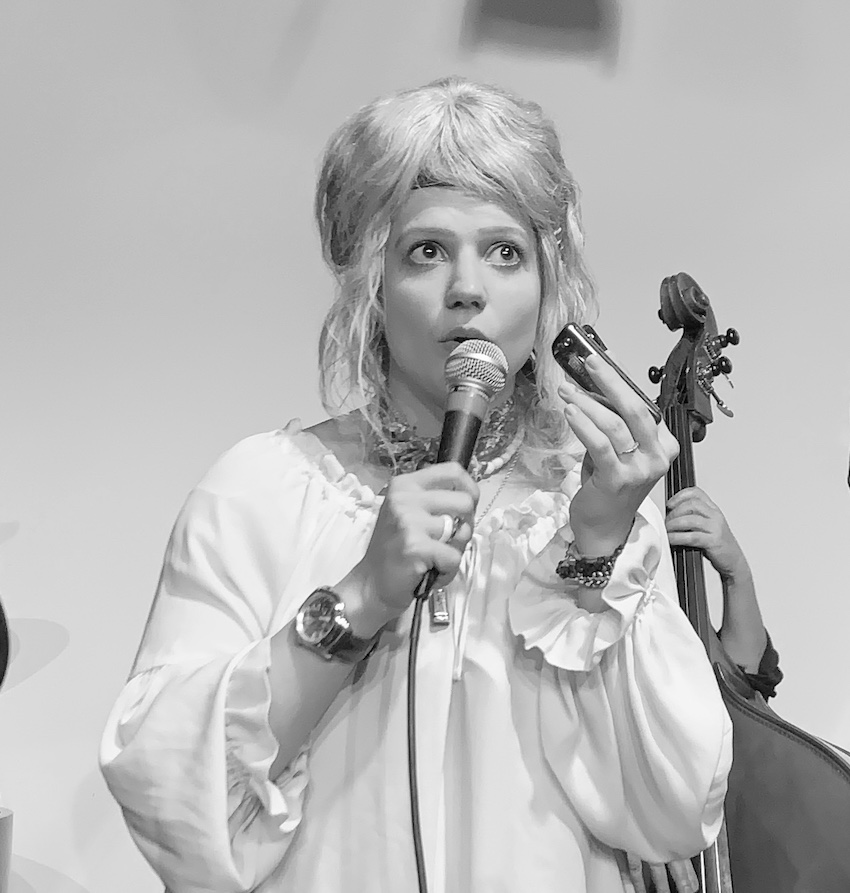 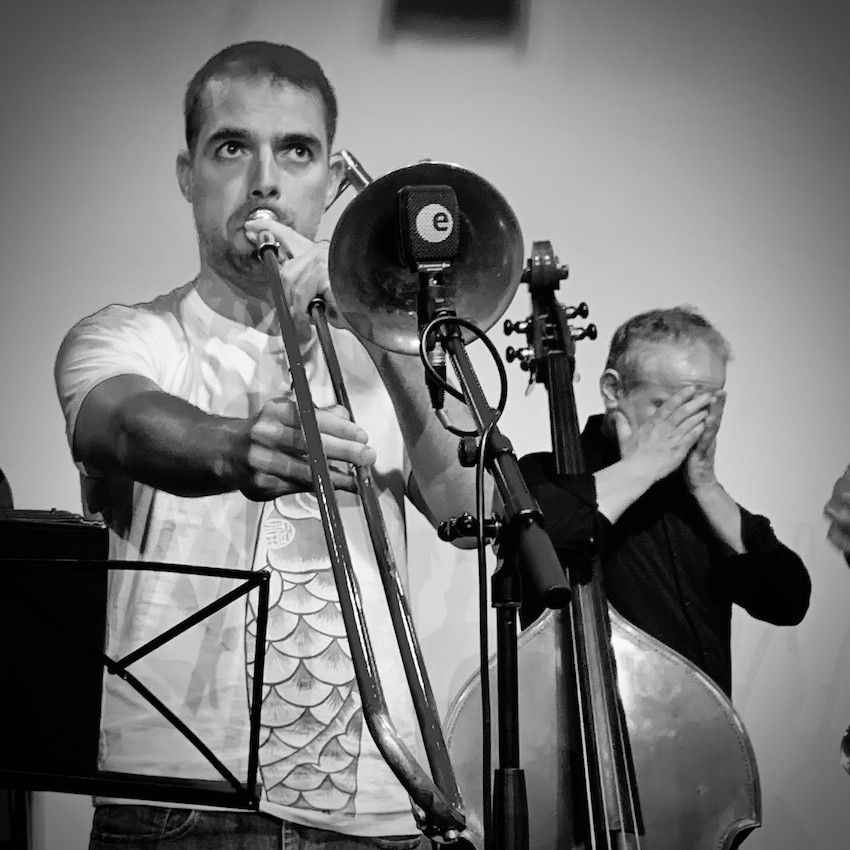 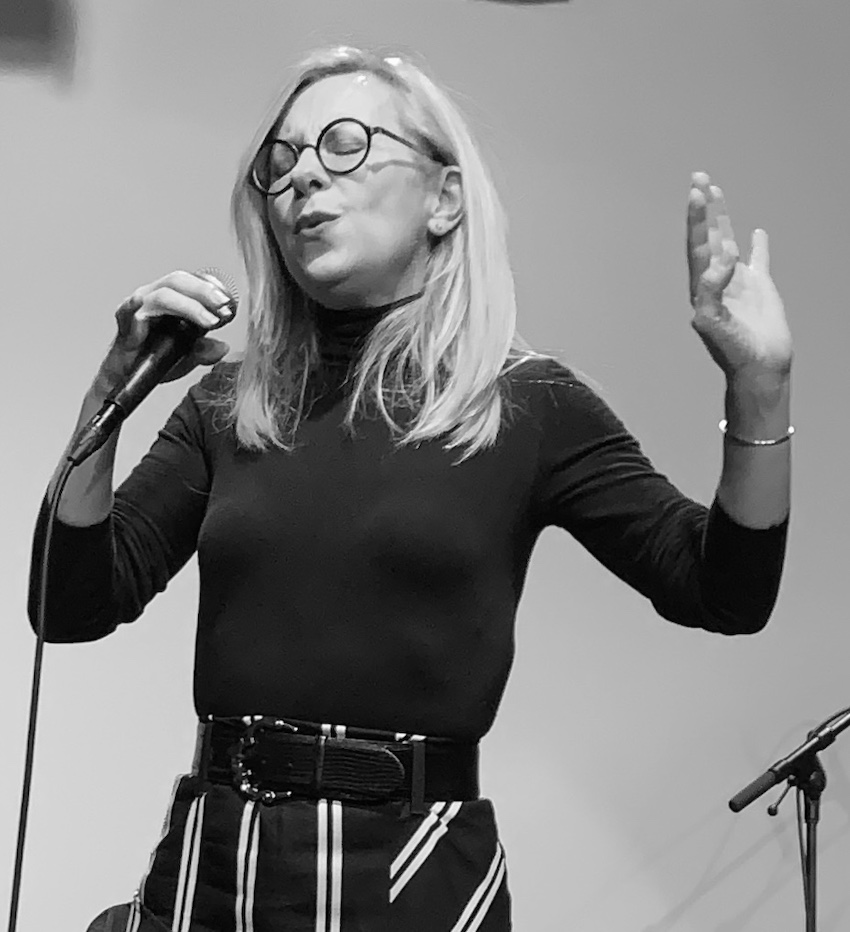 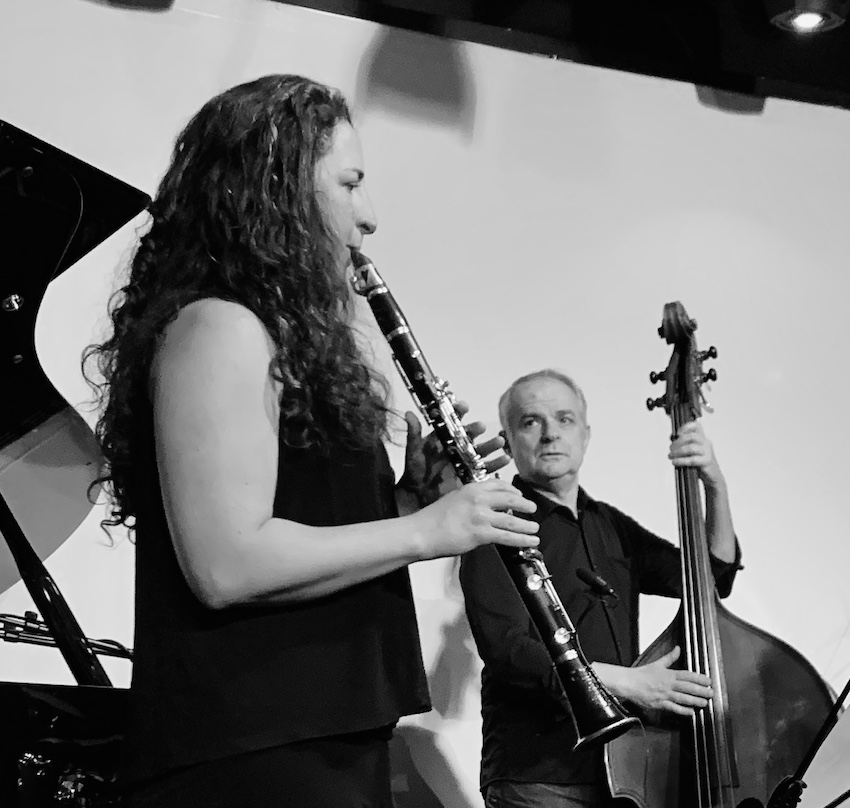 Later in the evening, Philippe Chagne and his trio returned to the stage to perform Self Portrait in Three Colors – a tribute to Bertrand Tavernier – and My Jelly Roll Soul, two compositions by Charles Mingus, whose birth centenary is being celebrated this year. 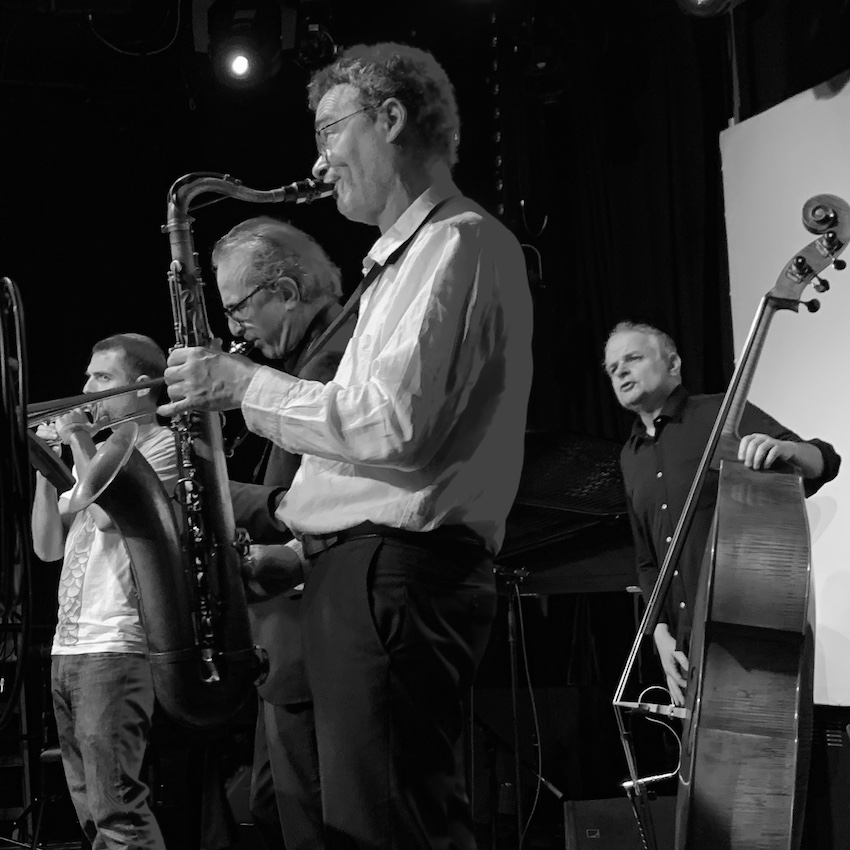 Ludovic Florin, present at this event, was able to receive from the hands of President François Lacharme, his trophy for his book published by Éditions du Layeur and to add a few words about Chick Corea who died just one year ago.

Then came an expected and intriguing surprise.

What was this instrument that was sitting on the stage right from the beginning? A blond wooden piece of furniture, rather square… The Cymbalum ! The Romanian interpreter, a virtuoso, Marius Preda, who had spent many hours tuning his instrument during the balances of the various formations during the afternoon, performed twirling variations of standards of ‘Oscar Peterson and Charles Mingus. In particular Goodbye Pork Pie Hat. A surprise which conquered the unanimous public. 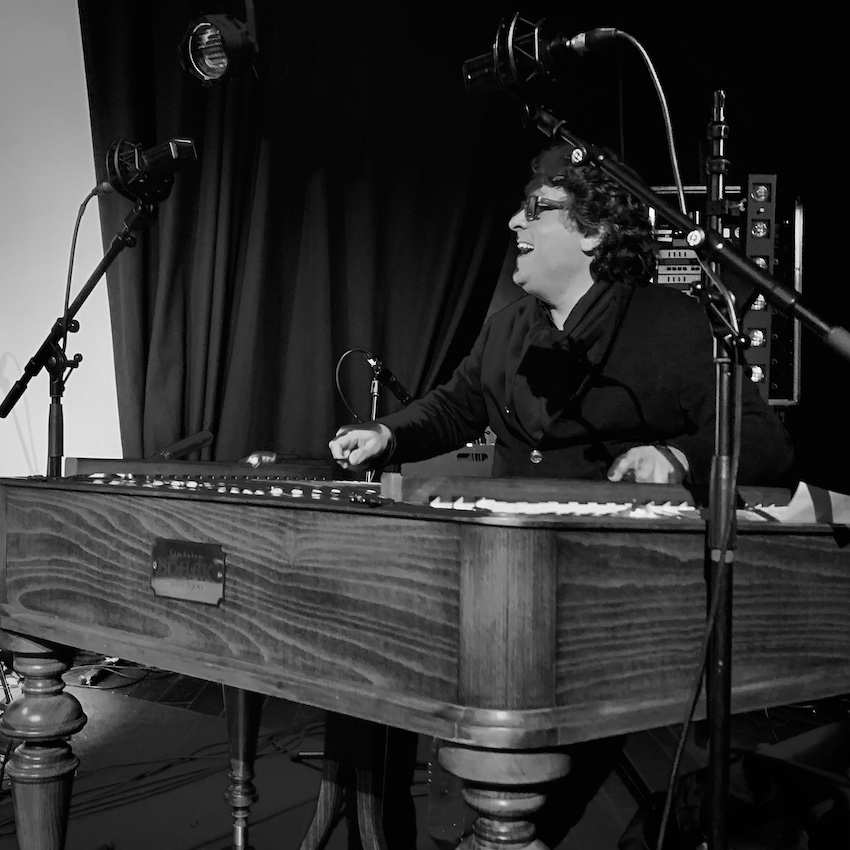 (or the best reedition with a focus on exceptional editorial work)

Winner: Cedric Burnside for “ I Be Trying” (Single Lock / Modulor), 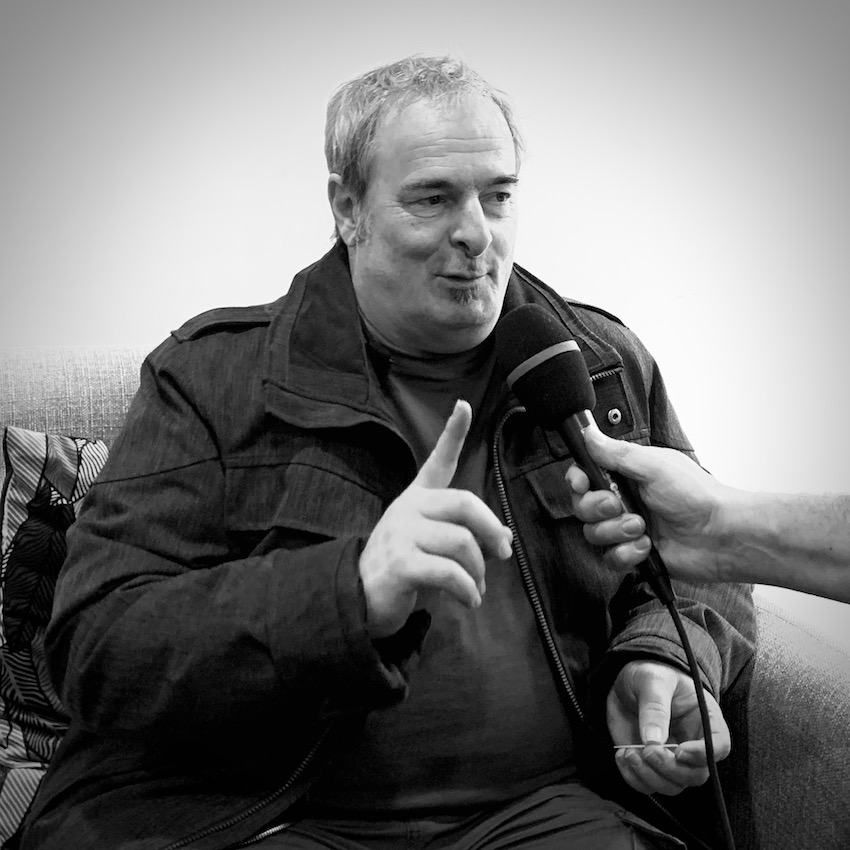 Luckily, the buglist Matthieu Michel had made the trip from Fribourg. He was accompanied by his wonderful partner, the pianist Jean-Christophe Cholet. They played some very moving pieces, as well as a cover of La Javanaise, by Gainsbourg. Wonderful! 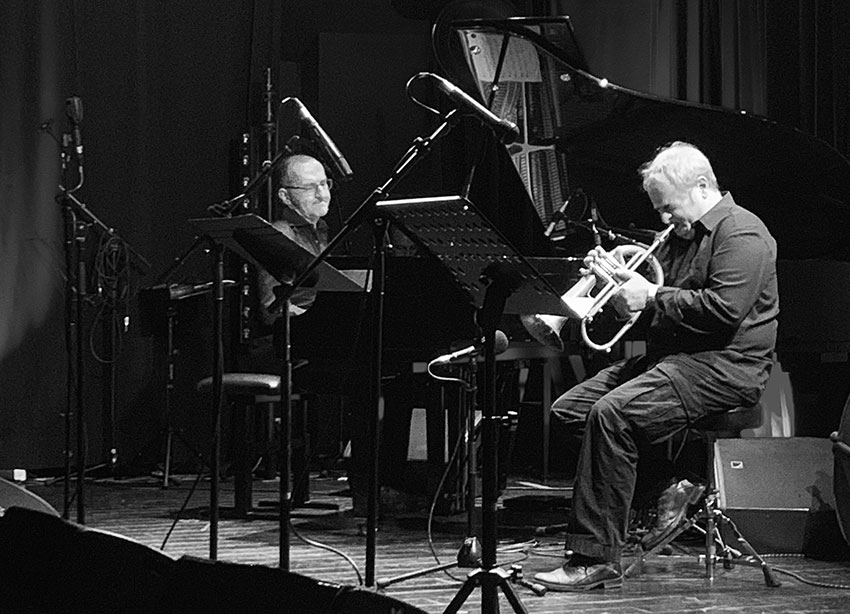 Veronica Swift as all the American winners could not be present for this evening, a video of thanks made on the stage of the Blue Note in New York, followed by a piece specially recorded for the Parisian public, created the enthusiasm of the Pan Piper room. (see the video at the end of this article)

Grand Prix of the Jazz Academy

It is not so common that a musician of French nationality wins this prize. But it must be said that the latest album of the maestro Martial Solal, a live concert of anthology, Salle Gaveau, Paris in January 2019 – “Coming Yesterday” – deserved it. The musician, now 94 years old, declined the invitation to attend the evening, but wrote an alert letter that was read by the Master of Ceremonies, François Lacharme.

(French Musician of the Year)

The Django Reinhardt Prize, awarded to French talents who already have a certain experience, a record and stage past, as well as a great future ahead of them, is one of the most prestigious prizes awarded by this venerable academy. Sophie Alour, Baptiste Herbin, Hugo Lippi, Fred Nardin… were the last winners.

This year, the saxophonist, singer and composer Thomas de Pourquery won the prize, as well as a check for 3,000 euros given by Mathilde Favre of the BNP Paribas Foundation, one of the patrons of the Academy. 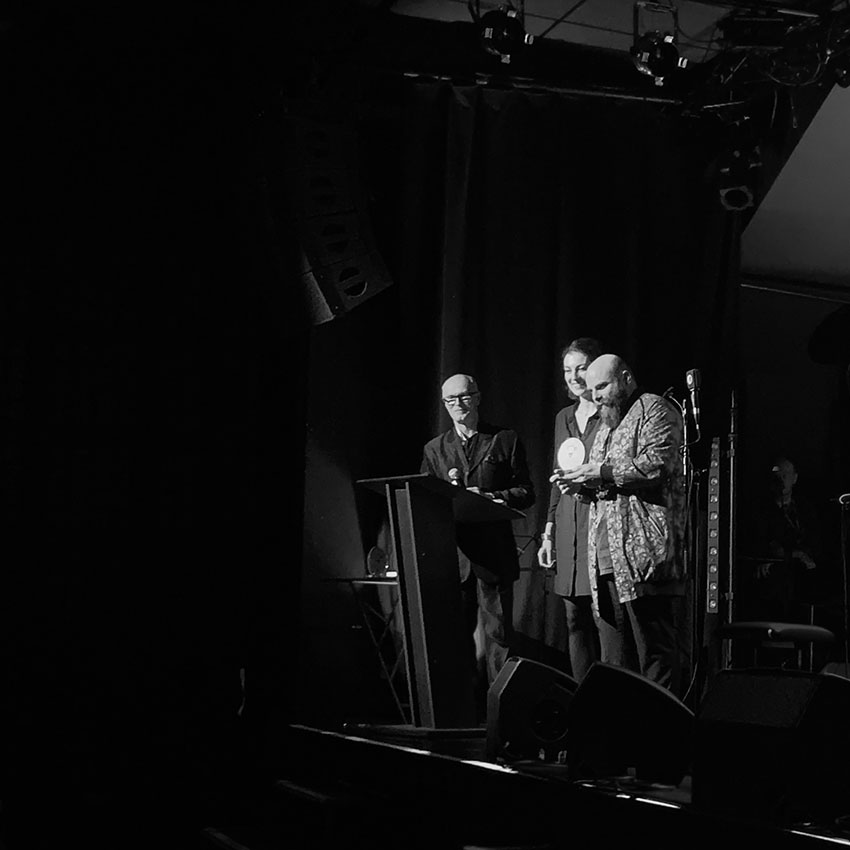 Thomas de Pourquery was visibly moved by this award and although the man is already accustomed to honors, expressed like other musicians that evening, as did the entire audience obviously, his sorrow at the senseless events taking place at the moment on the soil of Ukraine. A wind of dignity and solidarity, as well as the joy and pleasure of meeting again that evening around our common passion for jazz blew with benevolence all the time of this particularly successful gala. 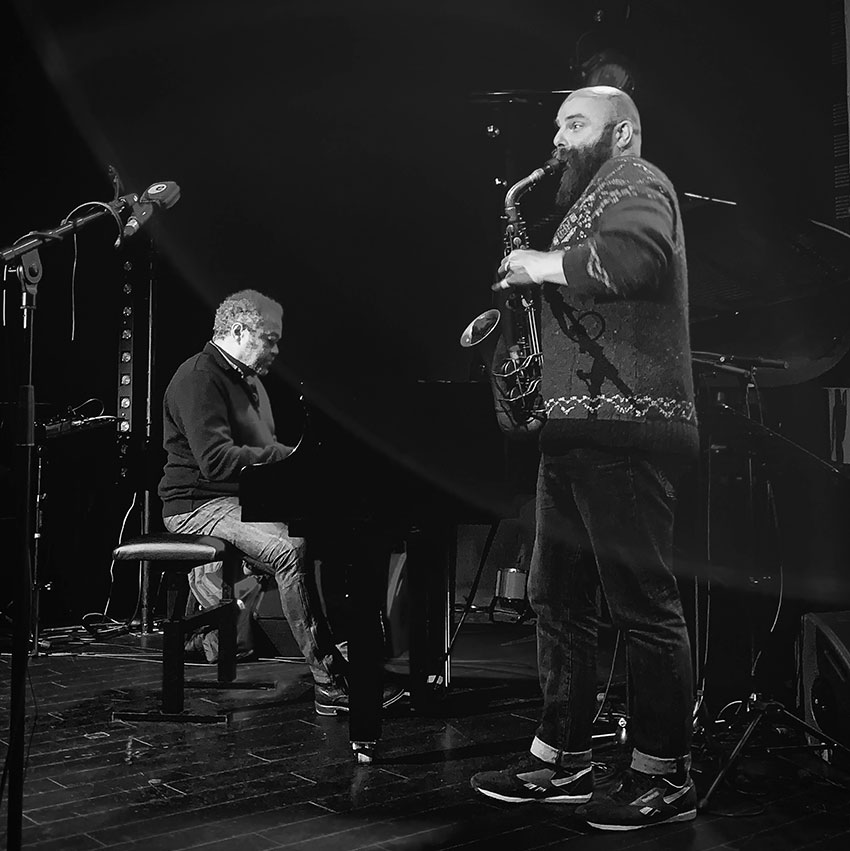 Thomas de Pourquery is a passionate and gentle man (read Rémi Fière’s portrait of him a few years ago in this media). The music he offered us that evening is proof of this; first of all in solo, voice and saxophone, as when he asked pianist Mario Canonge to join him for a version of Horace Silver’s aptly named Peace.  Moving!

PS : Shouldn’t the Jazz Vocal Prize be awarded to him one day? We at Couleurs Jazz vote for him.

The interviews of the different laureates present, as well as the music of all the Awards were the subject of an exclusive broadcast on Couleurs Jazz Radio.

The evening ended with a hearty meal served by the volunteers of the Jazz Academy. May they be thanked here! And praise partner of the appellation Saint-Emilion (Bordeaux wines) which provides with largesse its best classified growths.