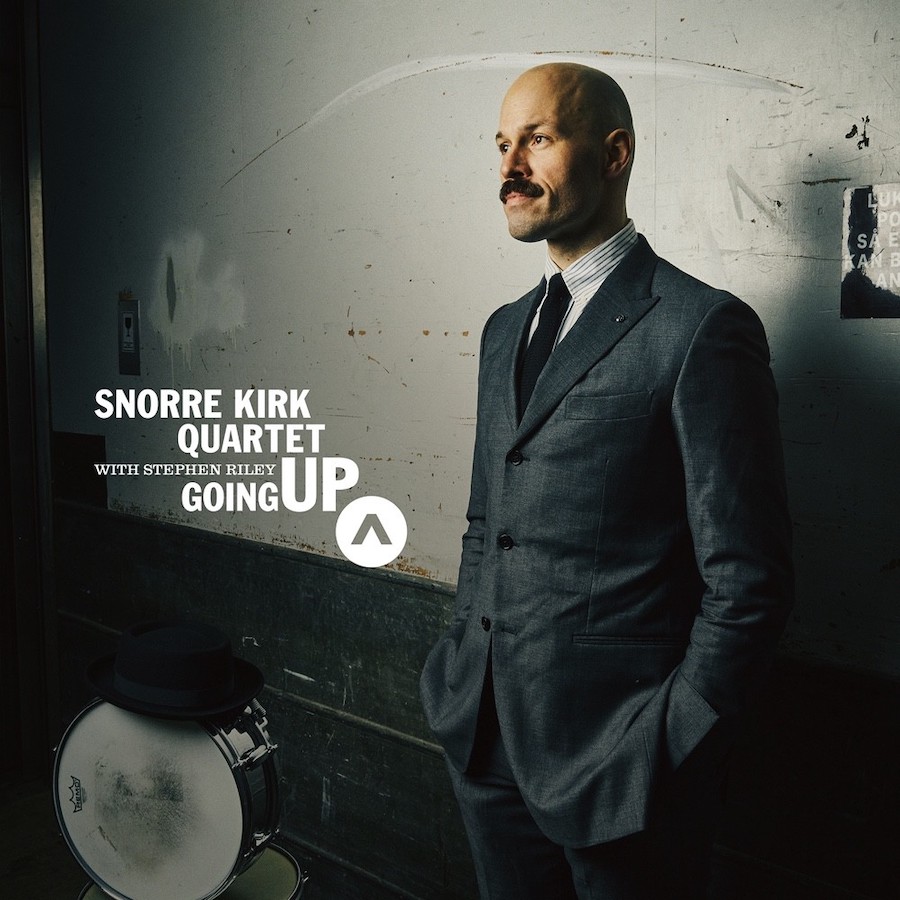 Whereas many of the younger generation of jazz artists strive for novelty at all costs – sometimes to the point of endlessly repeating dull music – Snorre Kirk has made the choice of good old-fashioned swing. Swing whose roots hail back to the 1940s and 50s.

If you don’t believe such an anachronistic approach is possible in a world of clones, just listen to his new album: “Going Up” (Stunt Records).

Remarkably, all of this Denmark-based Norwegian drummer/bandleader’s original tunes respect the traditional jazz norms which have a tendency to be either forgotten or deliberately ignored today. At the same time, there is no mimicry here, only authenticity and perhaps a touch of nostalgia.

“Going Up” was meant for success with such a marvellous a line-up: Tenor saxophonists Stephen Riley (US, worked with Wynton Marsalis, Harry Connick or Norah Jones), with his smooth and enchanting playing, and Jan Harbeck, a compelling disciple of Ben Webster; a rhythm section including Magnus Hjorth on piano and Anders Fjeldsted on double bass.  The overall sound calls to mind the spirit of such greats as Lester Young, Ben Webster, Coleman Hawkins, Paul Gonsalves, and other legends of a jazz that never grows old.

But there are no “sax battles” here. On the contrary, each part complements the whole; the focus is on the breath, the phrasing and a solid respect for melody.

This kind of ageless jazz is sheer bliss!