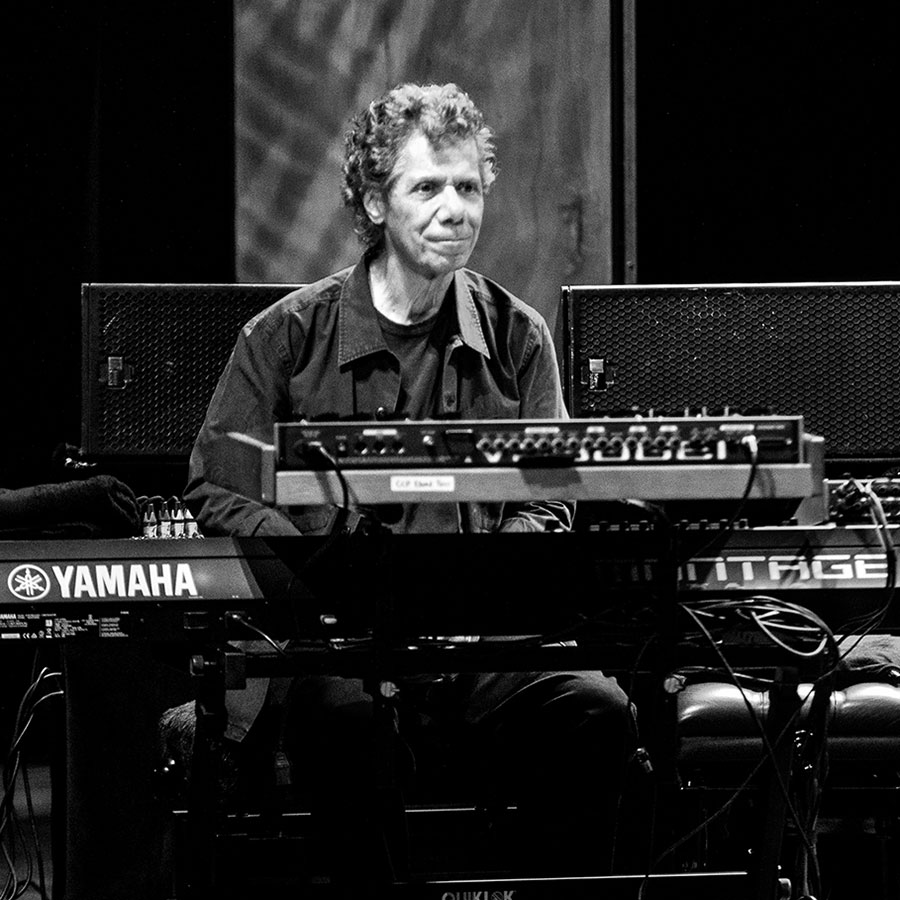 Every year, at the end of November, the gems of the magnificent Opera Garnier in Monte Carlo, where the famous names of Gounod, Rossini, Verdi or Mozart enthroned, resonate during a few evenings with the sounds of jazz.

And as for the previous editions since its creation in 2006, it is to its programmer, Jean-René Palaccio, also artistic Director of the Monte-Carlo Societé des Bains de Mer, that we owe bright ideas as to the choice invited artists.

And among them in this 2017 vintage, the Corea / Gadd Band, which gave that evening the last concert of his tour. Now largely septuagenarians, the two musicians know each other for ages. The first, 76-year-old Chick Corea, rubbed shoulders with second Steve Gadd (72), several times in the 1970s and 1980s. Today, the eminent keyboardist and the demonstrative drummer co-direct a great band including the always-impressive Lionel Louéké (guitar), Steve Wilson (saxes / flutes), Carlitos Del Puerto (double bass / electric bass), Lusito Quintero (percussion) and have just recorded “Chinese Butterfly” (to be released on January 19).

It is therefore largely the repertoire of this new album that they presented on the Monaco scene. Original compositions mostly from Chick Corea’s pen, with the exception of a rather phenomenal theme written by John McLaughlin (who for the record lies in Monaco!), Called “Chick’s Chums“. And compositions that surprisingly refer to the years of embers jazz-rock and jazz fusion when formations like “Return To Forever” keyboardist ruled the jazz planet.

A today music that evokes the past, which takes up the past where it had almost stopped, a very climatically harmonious and rhythmically colored music, with “classic” fusion melodies, with the traditional “Spanish“, which, irresistibly, invites the spectator / listener to sing, to clap or to rhythm these binary and rocking themes. If we can regret the long battery solos, technically excellent for sure, a special mention for – besides the quality of the pianist’s interventions – the guitarist Lionel Louéké, who turned out to be also a charming vocalist.

At a time when cloning has become a religion for a generation of new jazz musicians, it is pleasing to see that historical figures take history back to where they left off to pursue their path and redo exciting newness.

At the head of a quartet including the finest New York jazz- the very good Aaron Parks (piano), Joe Sanders (bass) and Justin Faulkner (drums) – we had to wait for another performance than the one of the oudist, vocalist and Tunisian composer, Dhafer Youssef, in the opening half  of the Corea / Gadd Band.

Very (too much?!) demonstrative, talkative to boredom and above all useless.

Why, for example, to invoke religious effects that fall flat, in this Monegasque temple religious?

Why to add a touch of provocation to the very special public of the Principality? – bordering on ridicule. As for the music, it was summed up in a demonstration devoid of soul and emotion on the edge of the show.

With another regret: almost no place left for the intervention of the accompaniers, including the pianist Aaron Parks. To be forgotten!