By Jean-Pierre ALENDA2 June 2019No Comments 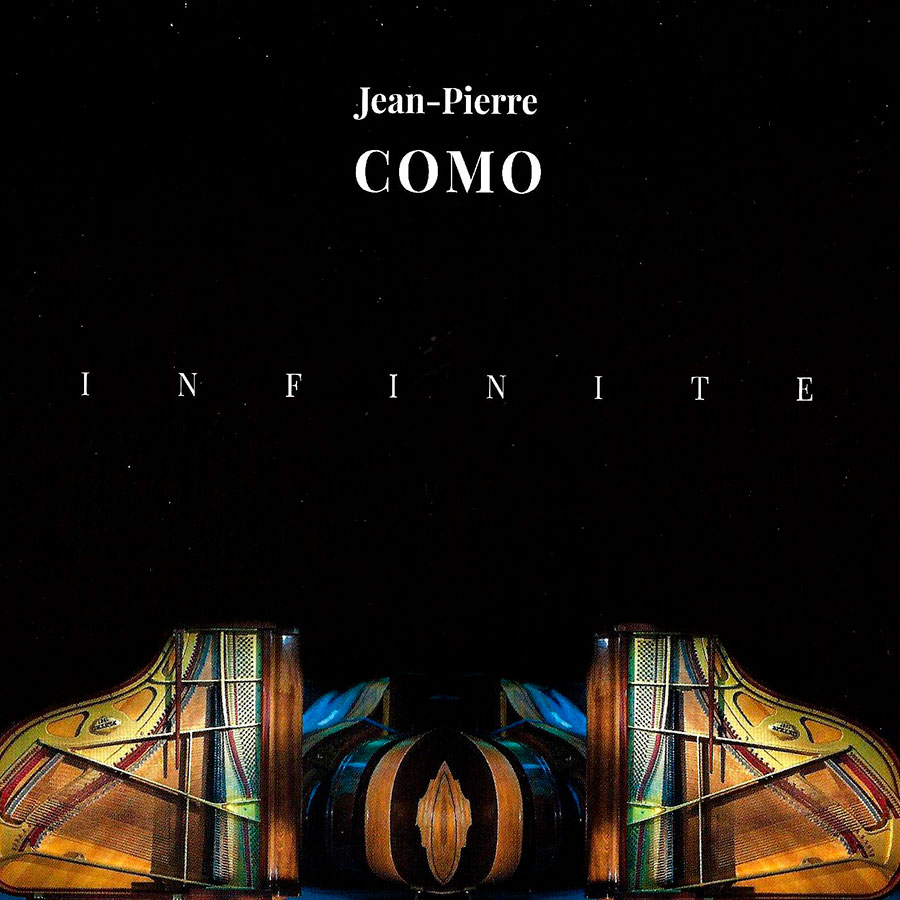 Jean-Pierre Como, now a Steinway artist, presented his “Infinite” project at the Pan Piper as part of a SACEM evening.

The album is a sort of reflection on the essence of jazz, the desire to share that basic (im)pulse which lies at the root of jazz improvisation. The quartet – made up of Como on piano, Christophe Panzani on sax, Bruno Schorp on double bass, and Rémi Vignolo on drums – proposes works of art that blossom from an interactive dance between musicians and audience, at once real and imaginary.

From the very start, Como’s solo piano playing puts the audience in the realm of dreams and imagination. We shiver with joy hearing the first chords of Over The Rainbow (recalling Judy Garland and a possible wink to Wonderland by Lewis Carroll). 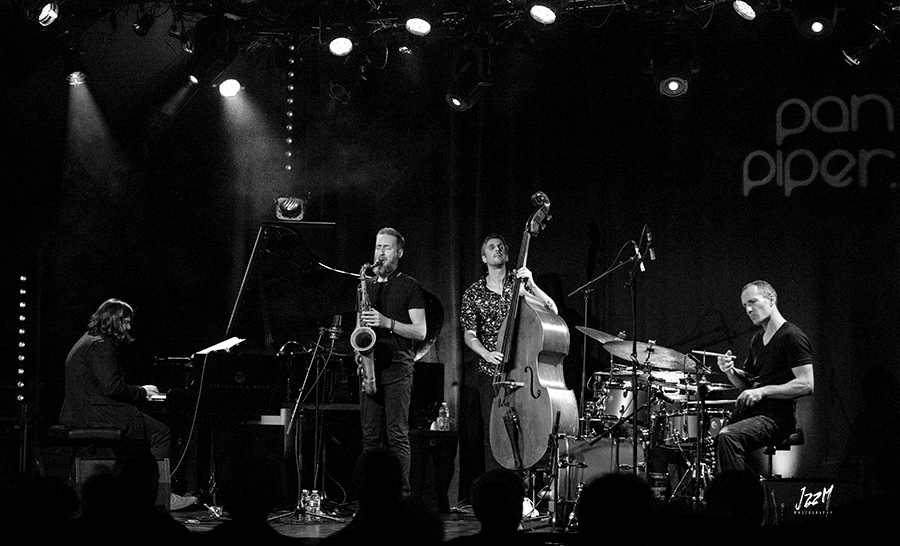 Though Jean-Pierre Como supplies most of the melodic patterns serving as launch-pads for the album’s original works, two of them were penned by Rémi Vignolo. Vignolo first made his name as a bassist and has since evolved into a powerful and inspired drummer. Example: his magnificent La Sorrentina, replete with the most refined exotic influences. The two musicians have known each other for ages, and that is beautifully clear in their musical discourse, both sensitive and passionate. 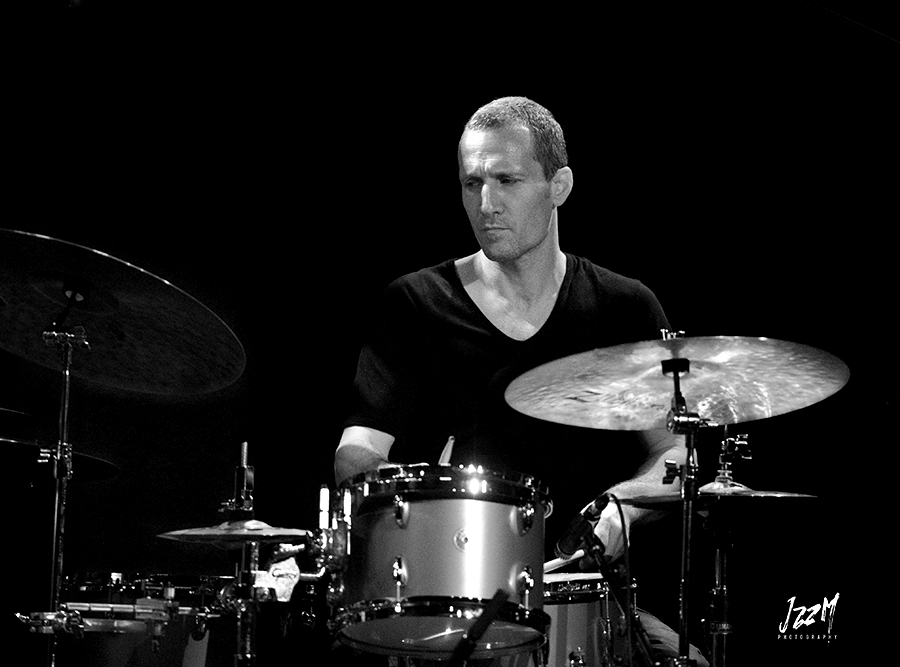 The group reaches the sublime when the collective brings out the best qualities of each musician; it’s not just about a ‘concept’.

The formidable bassist Bruno Schorp, for example, serves the music so humbly, it is disarming. These real-time compositions are as if sculpted in the very core of sound matter, materializing the desire to relish in the pleasure of experimenting. In other words, they embody the quintessential joy inherent in making jazz music. Their collective poetics are tailor made for live performance, and Jean-Pierre Como is a master at using the contrasts between refined melodies and even the most tempestuous of structures.

Christophe Panzani often makes his sax sound like a human voice, and the group’s purety of expression makes it impossible to analyze their solos in purely technical terms. 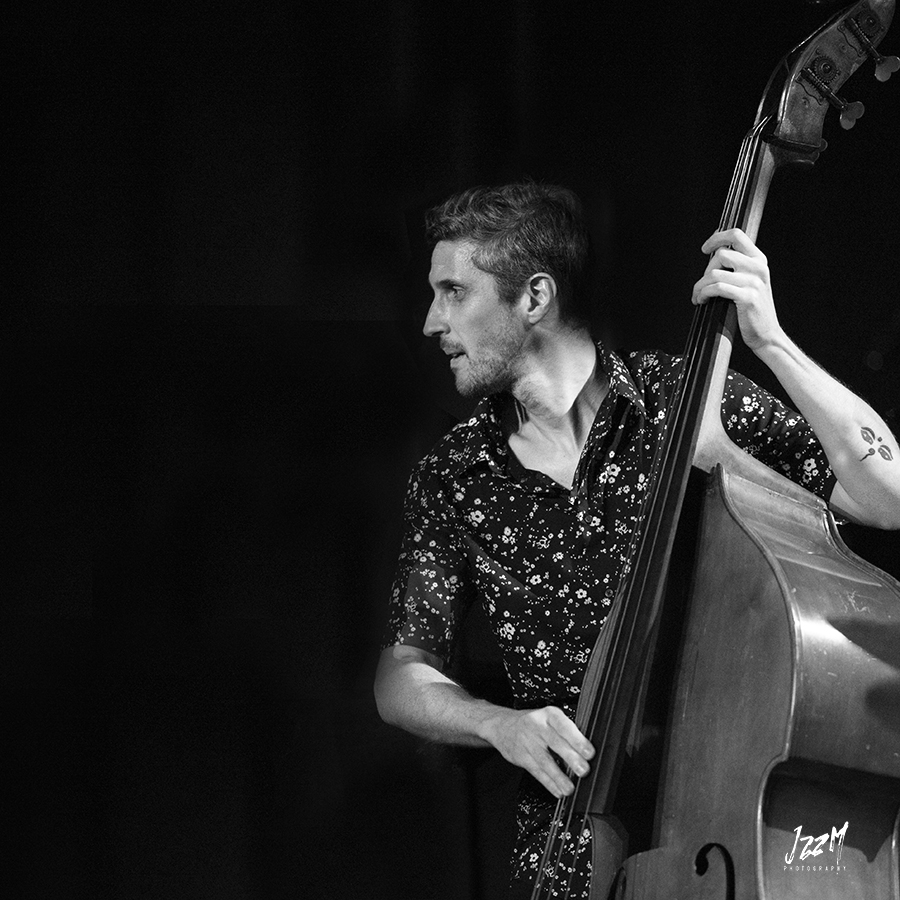 Their use of varying tempos, timbres, and a strong sense of the collective emerge so powerfully that the music they make takes on its own life as a separate entity. The ensemble wholeheartedly rejects the convention of ​​the lone writer/composer. Instead, the evening’s performance is the organic fruit of the intercourse between the musicians, the moment in time, the place and the audience. The music thus becomes like a happening or live performance art, where the instantaneousness of each tune becomes an organic study on artistic form and spontaneity. The colors of jazz are painted with a sensuous immediacy worthy of Arthur Rimbaud’s finest lines. The white heat of the performance perfectly embodies the pursuit of the timeless and the unknown suggested by the album’s title, Infinite. 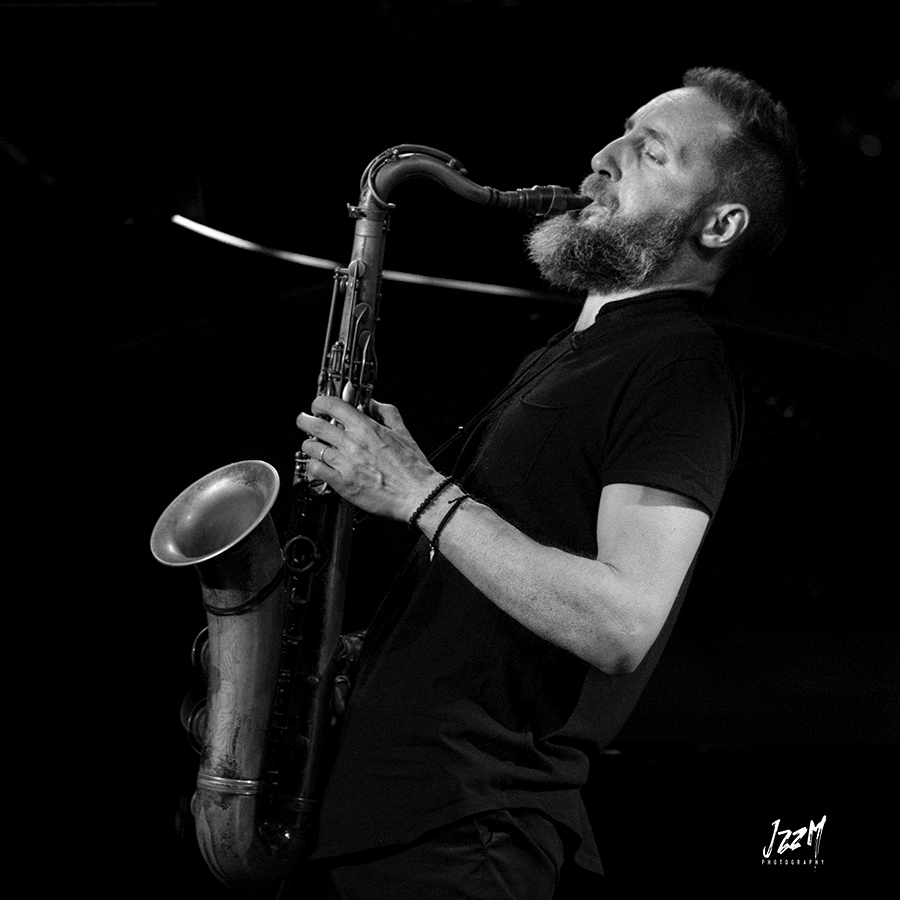 At times, when the group plays a phrase in unison, the fusion sounds of Como’s former group Sixun resurface in bursts of creative chaos and disobedience. Infinite or playing the music game on a metaphysical field with boundaries, serendipity and the art of fortunate coincidences. The discourse on harmony and dream ambiance will likely lead to a second album which digs even deeper.

The project’s huge contained energy reveals little moments of tenderness – the record label’s name, L’Âme Sœur, means soul mate – without forsaking the volcanic nature of the group’s celestial, crystal-clear harmonies. Enriched with each member’s extensive musical baggage, the quartet masterfully sculpts sound matter in time with unparalleled sensuousness and subtlety. In short, the concert was an unforgettable, ‘in the mood for dreams’ experience: we knew we were in the presence of some of the greatest jazz musicians alive today. 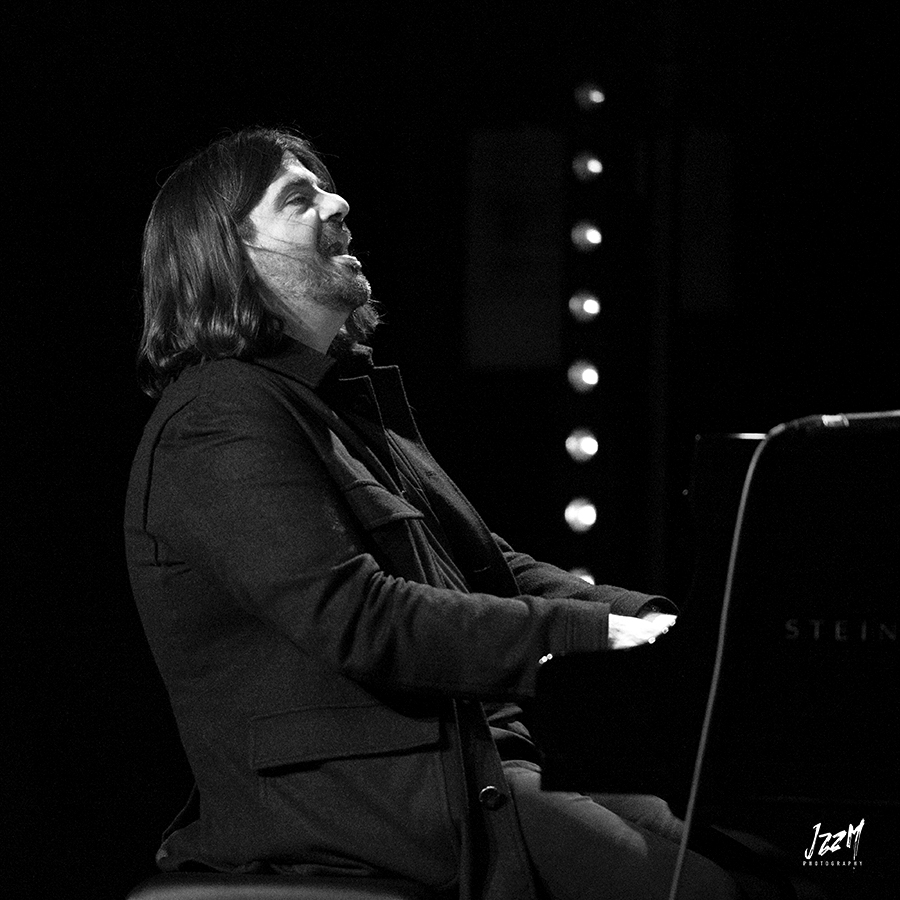