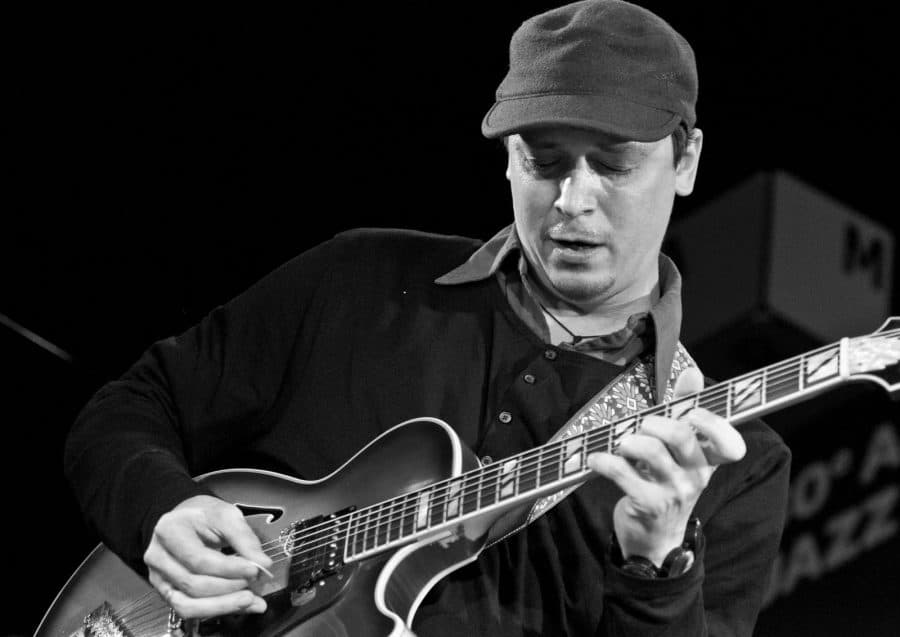 Since 2004, the guitarist Kurt Rosenwinkel came to some occasions to the FIJM.

This year, we offered him the opportunity to present three concerts (in quartet, solo, and with the trio of Avishai Cohen), within the framework of the series Invitation. Unfortunately, the concerts that the double bassist Avishai Cohen had to present were cancelled because of problems of visas (concerning the team of the musicians accompanying him).

The evening which I attended is the one of the promotion of its new Quartet with Aaron Parks at the piano and in the wurlitzer, Eric Revis on double bass and Allan Mednard on drums. Most of the compositions are from the album “Star of Jupiter”.  A double discs appeared in 2012 on Wommusic. On this album, Justin Faulkner is on drums instead of Mednard.

As the jazzmen never stay at the same place, Rosenwinkel felt the need to explore with new tones. The answer was “Heartcore”. A musical project crosses between the hip-hop, the electronic music and the jazz. As I always had the music of the album “The Next Step” in head, let us say that I was slightly cooled by listening to “Heartcore”. I believe that the criticism was also reserved at the time.

I was happy to take up this evening with Rosenwinkel, because I really appreciated his new directory. It is about beautiful compositions developed with easily comparable melodic themes. Upon my arrival in the magnificent room of Gésù (placed in the basement of the L’Église du Gésù on Bleury’s Street), I noticed the very big diversity of the public.

Practically, all the generations were there. A few minutes before the lights go out, I notice that the room is almost packed. On the scene, the piano and the Wurlitzer are placed to the left, the double bass is in the center but in the back, the drum is to the right. The pedals of the guitar are in the center of the scene. The musicians arrive, settle down and begin the concert. There are an introduction to each piece, everything is on the right place. They begin nothing abruptly.

In all, I would say that there was about ten pieces (news and of the most former) which were linked without time-outs. The quartet is balanced, nobody steal the show. I really enjoy hearing the song call  Ballad Opus 24 and Déjà Vu. With an incredible dexterity, the fingers move in a lightning speed on the handle of its guitar.  The only flat(drawback) of the evening (this remark is personal) is the presence of vocalises  of Rosenwinkel. His vocalises were in accordance with all he played, but sometimes, I heard them more than the sound of his guitar.

As soon as concert ended, the public offered an ovation. For a reminder, Kurt and his musicians gratified us with a short piece. By going out of the room, I paid attention on the comments of people. They were enthusiastic, as I was. A great evening! 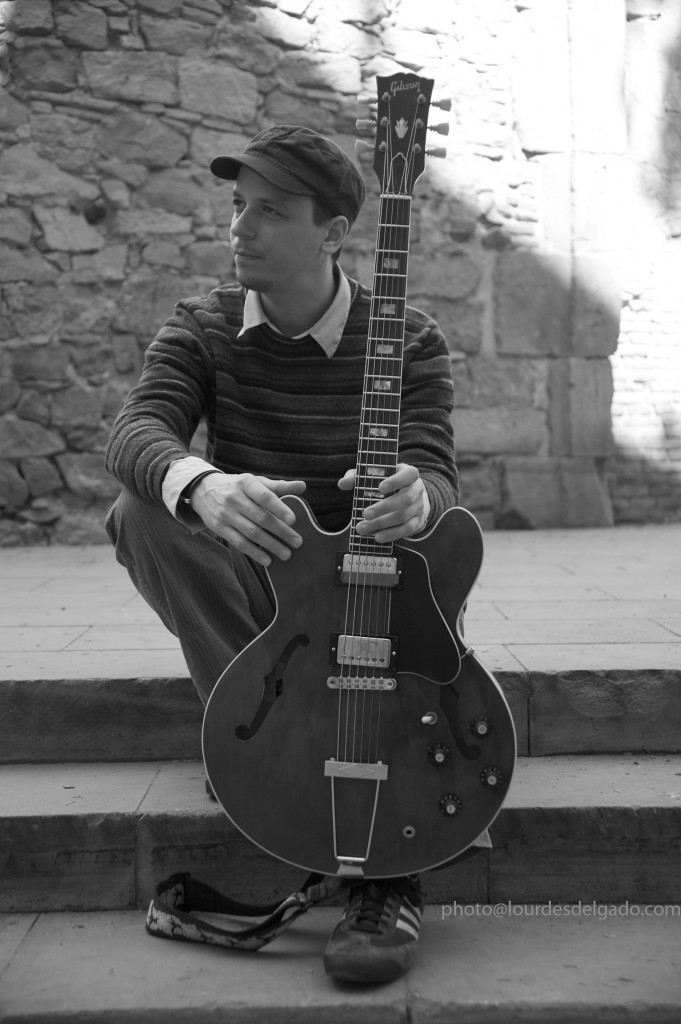