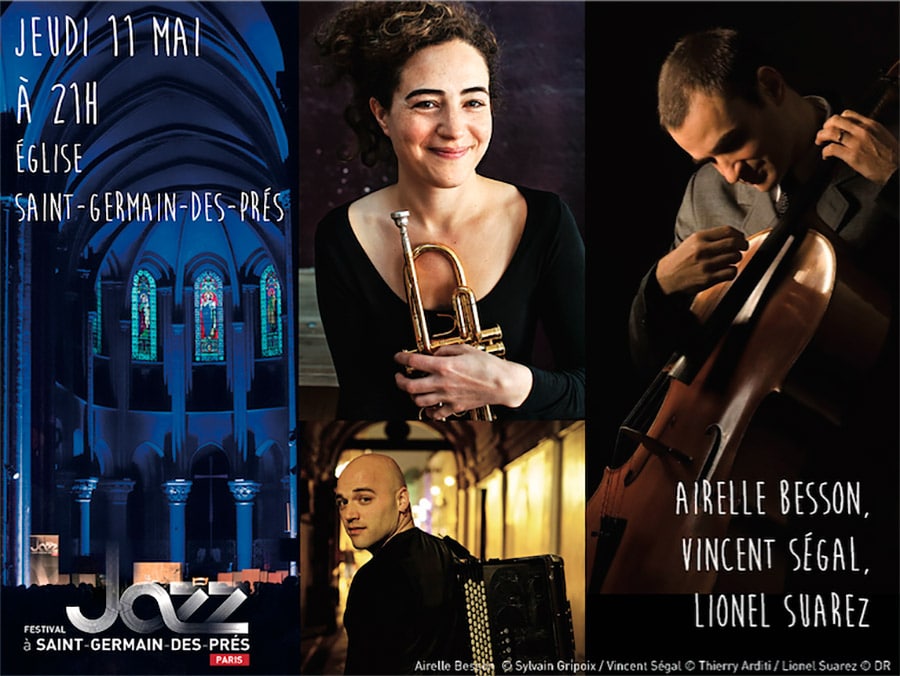 An unprecedented new trio for a flight of melodies

Airelle Besson is truly making a name for heself. The trumpeter who blows powerfully and plays ethereally, also admired for her talents as a composer, bugler, violinist and conductor, has been lightening up the European jazz scene for 10 years, at the helm of many projects. After winning the Django Reinhardt Award for French Musican of the Year from the Académie du Jazz in 2015, she was awarded the Victoire du Jazz for Jazz Revelation of the Year.

Airelle Besson has a soft spot for strings since her first instrument was the violin. It was only natural that her trumpet would be enamored with passionate cellist Vincent Ségal, with whom she has be onstage for a few months. Vincent Ségal is the only cellist being demanded by Matthieu Chédid, Alexandre Desplat or Blackalicious, while also performing as a soloist at the IRCAM or the London Symphony Orchestra, and is known for experimenting with new collaborations (including Bumcello, Cesaria Evora, and Sting). The duet will be joined for the occasion by accordionist Lionel Suarez, whose talents met the likes of Bernar Lavilliers, Claude Nougaro, Maurane or even Sandoval… What could be more exhilarating for this unprecedented musical encounter, a subtle mix specially concocted for the festival, than one of Saint-Germain-des-Prés’s most iconic locations?