By Christian Grimauld23 September 2019No Comments 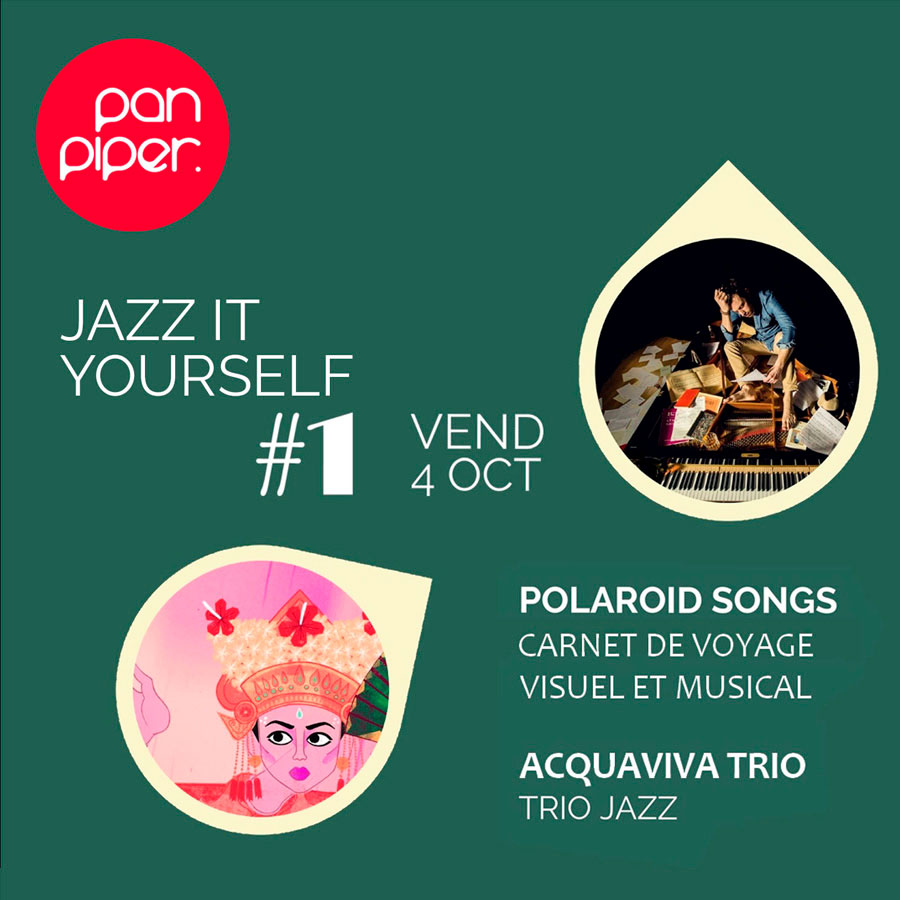 This Friday, October 4, 2019, we will attend the first of a series of 5 double concerts over 6 months. The instigators of this project is a group of jazz musicians already recognized on the international jazz scene, Paris Jazz Booking whose motto is: Jazz it Yourself !

Paris Jazz Booking works a lot like a collective (although they do not necessarily claim this name) of jazz musicians who have decided to take their destiny in hand by organizing themselves to perform themselves in concert. The place they chose for their project was quickly decided: it was the Pan Piper.

Designed by Cédric Hanriot and Bertrand Beruard, POLAROID SONGS, musical and visual travel diary, invites you to relive their most beautiful tour memories in twelve original compositions. Illustrated by a projected decor and integrating elements related to the places evoked, these pieces composed in the manner of the imaginary folklores of Bartók are interpreted by a double trio, jazz / current and stringed music.

POLAROID SONGS was created in coproduction with the Arsenal, Scène Nationale of Metz, in October 2018. This project is also supported by the ADAMI, the DRAC Grand Est and the Grand Est General Council.

Winner of the public prize at the 2018 Golden Jazz Trophy, finalist of the 2017 La Défense jazz competition, ACQUAVIVA TRIO proposes a melodic and percussive jazz with pop colors, combining freshness and depth, both in composition and in performance. . Influenced by the lyricism of Michel Petrucciani and the creativity of E.S.T.

Jean-Charles Acquaviva finds inspiration in his Corsican origins and in his evocative nature of images and emotions. The vitality of his compositions flourishes fully in the art of the trio.

With his two accomplices, Bertrand Beruard (double bass) and Antonin Violot (drums), he energetically takes the audience into his joyfully contemplative universe.