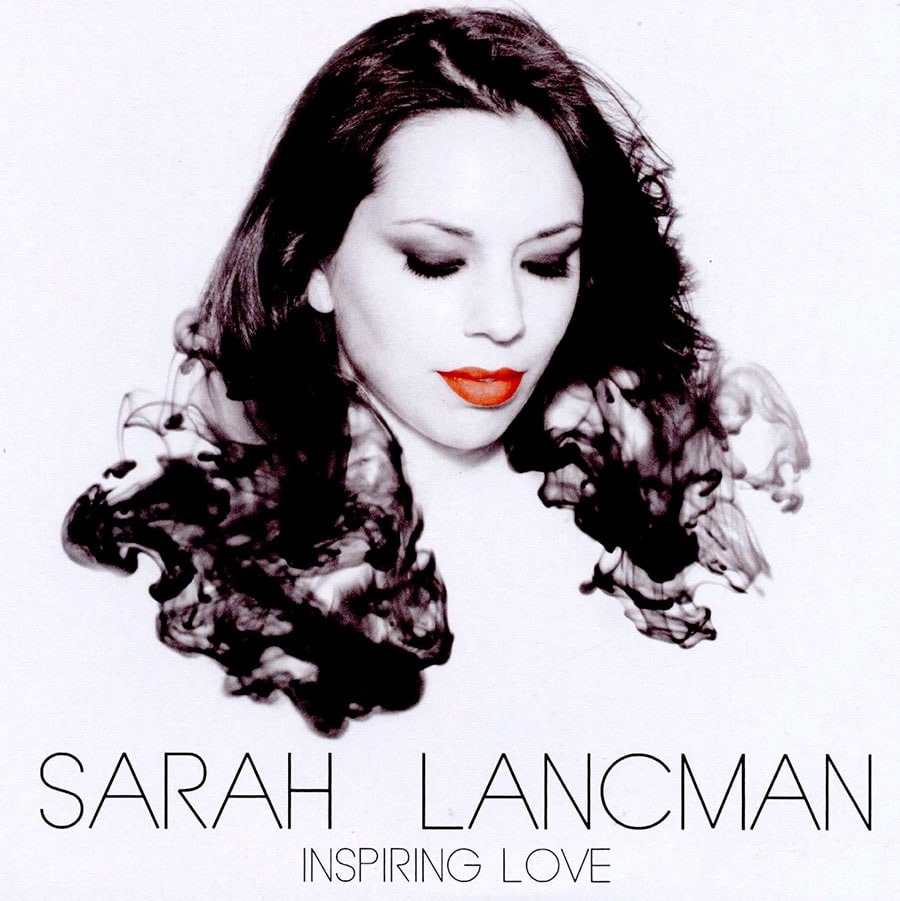 “She is really the great new voice of Jazz“

this is what Quincy Jones said to Sarah Lancman when she won the Grand Prix of the International Competition of the Montreux Jazz Festival in 2012.

They are now accomplices of their new album “Inspiring Love” released since November 18 whose 10 original compositions were recorded in New York, high place of this music.

“Sarah Lanchman has the purity of Julie London and the depth of Shirley Horn. She is the hope and Jazz singer we all expected “- Wendy Oxenhorn, Executive Director of the Jazz Foundation of the United States of America.

Sarah was kind enough to talk to the readers-listeners of Couleurs Jazz, about this project that was particularly dear to her heart and inspired her:

COULEURS JAZZ: What prompted you to do this project « Inspiring Love » ? Why ?
Sarah Lancman: All started with the improbable encounter with Giovanni Mirabassi near to the pub«  Le Saint Jean » place des Abbesses.
I went there to listen to a concert of a friend and Giovanni had just returned from a Japan tour and was set up for a drink.
As a pianist myself, I always admired and listened to his music. I had just finished my first album “Dark“. I went to greet him to show my admiration and ask him if he could listen to my album. It happened a few months later. He then asked me if I was composing, because he saw an idea of ​​an album to come.
I sent him by MMS on the old detuned piano of my parents, a draft of my song “Inspiring Love“.
He immediately loved the song and said, “Can you write me another 10 songs like that? “Which I set out to do afterwards.We then found a producer who dropped us at the last minute. We then had the idea of ​​crowdfunding with “Kisskissbankbank”, and success exceeded our expectations, as we were able to exceed the target of more than 120%.

Giovanni Mirabassi also taught me to “dream big, otherwise it’s not funny” as he says and so we went to record the album in New York, mythical city of Jazz and cradle of my inspirations.
We have selected a prestigious rhythm section such as Gene Jackson (drummer including Herbie Hancock Trio), Alex Sipiagin (Michael Brecker trumpeter, Dave Holland, Mingus Big Band, etc.) and double bassist Gianluca Renzi.

We picked up a song by Charles Aznavour “Who? “That we could later, make him listen. The dream went on, when I learned that he was going to do the preface of my album!

CJZ – What do you expect from this project? What is it that affects you?
SL – “Inspiring Love “is for me a very personal album where I finally dared to reveal myself. I understood through the writing of the album that the title “Inspiring Love” could be read in both directions: love inspiring and being inspired by love. A duality that comes to the bottom of the same source: unconditional love. To love without waiting in return, without waiting, only to love and to be inspired, to create, to use it as a force.
Jacques Brel says so well in his song “The Quest“: “To love, even too much, even evil, to attempt, without strength and without armor to reach the inaccessible star …»
CJZ – what do you think about modern jazz? About music in general? About its diffusion?
SL – I must say that as a “young emerging artist” of the Jazz scene, we must understand that now the system has changed. The labels do, in my opinion, a little bit anything and what one wants to be considered as Jazz is often Pop disguised, although I have nothing against pop music. Simply, I see in relation to my journey, the difficulty we encounter in broadcasting the music to the public even more as the demand for concerts, novelties exist, but the professional world blocks this link. I think there is a new world to invent, new ways to be able to offer this music and to create emotion as directly as possible, to cling to a truer human relationship, even to resist not to return the mold “.
I find it wonderful that there are magazines like Couleurs Jazz that let the new emerging artists speak.
CJZ – Would you like to tell us about Giovanni Mirabassi, and the other musicians ?
SL – GIovanni Mirabassi is a pianist whom I have always admired for his universal musicality and commitment. I was honored when he recognized me as a “musical brother” and he saw in me “his voice”.
CJZ – And thereafter, news and projects?
SL- For the rest, I’m already writing the next album with more lyrics in French because I find it extremely difficult to sound this language in Jazz; But it is a challenge that I want to take up, because I love playing with words.
We will be in concert at the beginning of next April for two dates (to be confirmed soon) with surprises: in particular, a special guest and new songs in preview. A tour will be announced soon.The album is of course available on all digital platforms and the best record stores.
I also have a fan page Face Book  as a  Youtube Channel