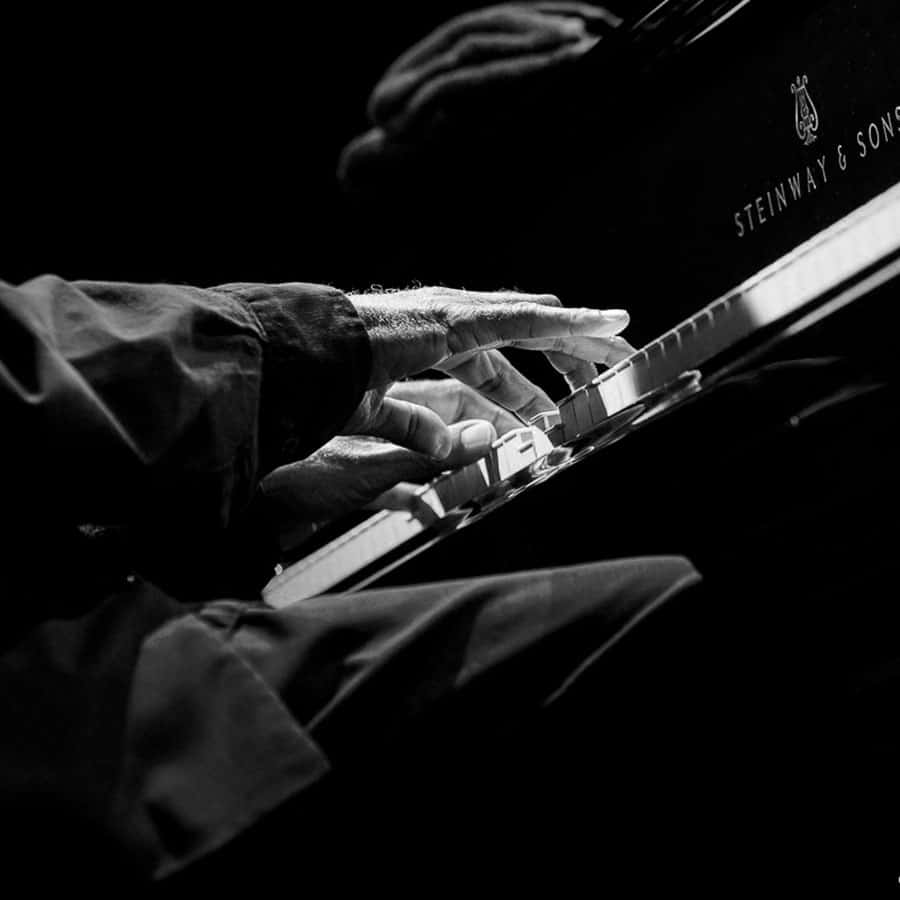 The South-African pianist Abdullah Ibrahim (ex-Dollar Brand)Was one of the main sensations of the 2017 edition of the Nice Jazz Festival, which once again recorded record attendance (43,400 according to the organizers, Jazz In & Off combined), thanks mainly to guests as distant from jazz as IAM, De La Soul, Deluxe, Mary J. Blige and others –M-.

Now eighty years old (82), he is part of the legend of jazz but also of South African music in the same way as his alter ego Chris McGregor. However, when he arrives on the stage of the Theater de Verdure – while far away on the stage Masséna IAM unleashes the crowd and decibels! – and settles alone at the piano, of entrance it evokes and invokes Duke Ellington. A long lyrical and poetic solo followed, with changes of rhythms and tonalities, where several titles including the very beautiful “In A Sentimental Mood“, composed by Ellington. After an interlude accompanied only by the cellist, bassist, Noah Jackson and the flautist Cleave Guyton Jr., he was joined by the rest of his byte, including New Orleans trumpeter Terence Blanchard for the presentation of the project “Ekaya“. A project dating from 1959, somewhat mythical and forgotten in the history of the pianist and his then band, The Jazz Epistels. And that smells good Duke Ellington’s musical universe and spirit! Indeed, we are far from the South African roots of this child from Cape Town. And so freed, we plunge into a very elaborate, written and arranged music – altogether of classic rather! – with numerous exchanges and improvisations on the part of the various speakers and especially of a sacred power and imagination on the part of Terence Blanchard, which proves to be particularly effective and instinctively formidable. As for the leader, most of the time his hands resting on his thighs, he just directed his little world, obviously annoyed by the surges of decibels come and the IAM’ screams! Jazz or rap, you have to choose!

Apart from Herbie Hancock’s arrival, festival’s godfather, and the performance of the spirited and energetic tenor saxophonist Kamasi Washington, one of the other sensations of the Nice Jazz Festival, was the concert given by drummer Tony Allen.

Or when one of the venerable creators (he is 77 years old) of the English-speaking West African afrobeat (he was born in Nigeria) pays tribute to one of the emblematic drummers of the bebop and hard bop period, Founder of the celebrated Jazz Messengers, Art Blakey. The telescoping between the two cultures and the two styles of drumming is amazing and … striking! Even if the will and the respect are there, the recovery and the new exploitation of certain successes of the Jazz Messengers and their leader, is done in a spirit very “jazzobeat”, very colorful and removed rhythmically and at the level of the brass. Right behind his boxes and cymbals, Tony Allen recreates an irresistible sound universe and thus offers us a truly festive jazz!