By Marion Paoli25 March 2020No Comments 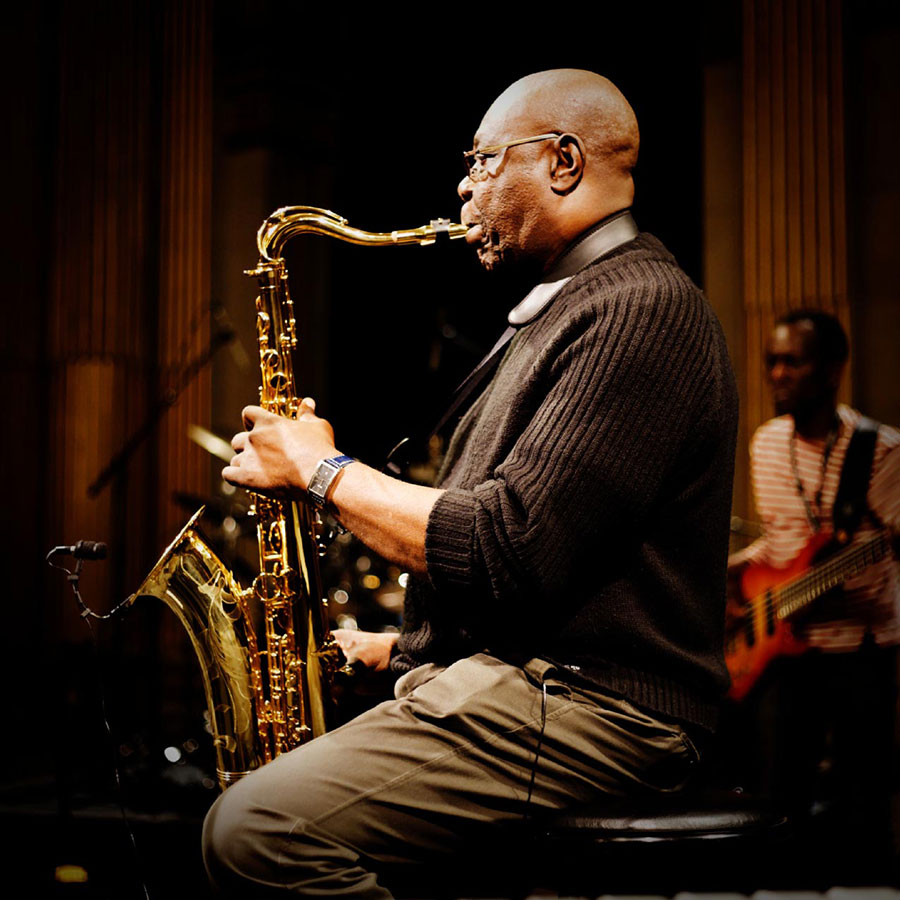 (*) paper published in Couleurs Jazz Digital Magazine, on iPad in 2013, on the occasion of Manu Dibango’s 80th birthday, during a concert at the Hôtel de Ville in Paris.

To celebrate the 80th birthday of this exceptional saxophonist, the Hotel de Ville – city hall – of Paris received Manu Dibango and the Soul Makossa Gang for a special concert in the majestic Salle des Fetes. An honor for the man who opened the way between jazz and the music of the African continent. For Cheick Tidiane Seick, who was invited to join him on stage, Manu Dibango, “ is our Mandiba” Mandiba being Nelson Mandela’s surname, derived from the name of his tribal clan, Madiba -“epitome of African music, the cultural ambassador of the continent.”

A concert in the Paris city hall’s Salle des Fetes, the room for official ceremonies, is a special occasion for the decor alone. Gold, sculpted ceilings, vast murals. A rather formal setting for the musician who  experienced the spirit of jazz in Saint-Germain-des-Prés at the time of Charlie Parker and John Coltrane. “The spirit of people who have left us is what we live on and we perpetuate it, but the fans are survivors. Back then we smoked in clubs, when you came in you were overwhelmed, there were people dancing and you couldn’t limit yourself to two drinks just because the police were going to check you at the exit.” A simple statement about the natural evolution of jazz and life in general. 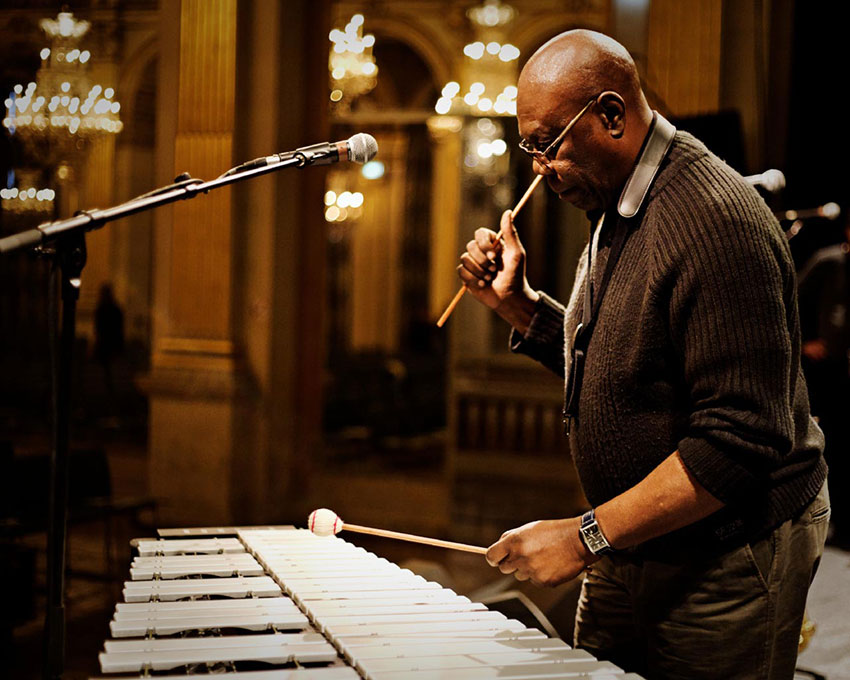 The man who opened the way…

In the studio where he records his show on Africa No. 1, aired every Sunday from 10am to noon, he joins Robert Brazza (“Robert Tito”on the air ) who greets him with “Good morning, Dad.” Dibango’s smile sums up the complicity between the two men: “This is my partner, we love each other. I’m the Daddy, of him, of all this, in the African style. He can’t call me big brother, this is a sign of respect.” Living memory of the music of his home continent, the saxophonist who has played with the greatest in the world cites Nino Ferrer and Francis Bebey, another famous artist from Cameroon, and takes the audience to all the places he has ventured, sharing those of today.

The pioneer of modern African music

It’s Cheick Tidiane Seck who reports Manu Dibango recenctly won his lawsuit against the record companies for the phrasing of “Soul Makossa” (1972), borrowed without permission by Michael Jackson for the song “Wanna be startin’ somethin’” (on the album Thriller) and by Rihanna for her single “Don’t stop the music.” For the creator of the archetypal “New Bell”, who opened the doors of jazz and who soars over African music, justice could seem to be too long in coming. But time is irrelevant. He’s preparing an album of beautiful melodies, with voices – “I want to make records that I want to listen to” – and he’s recorded an album of Memphis-style ballads, with covers of Otis Redding, Joe Dassin, etc. 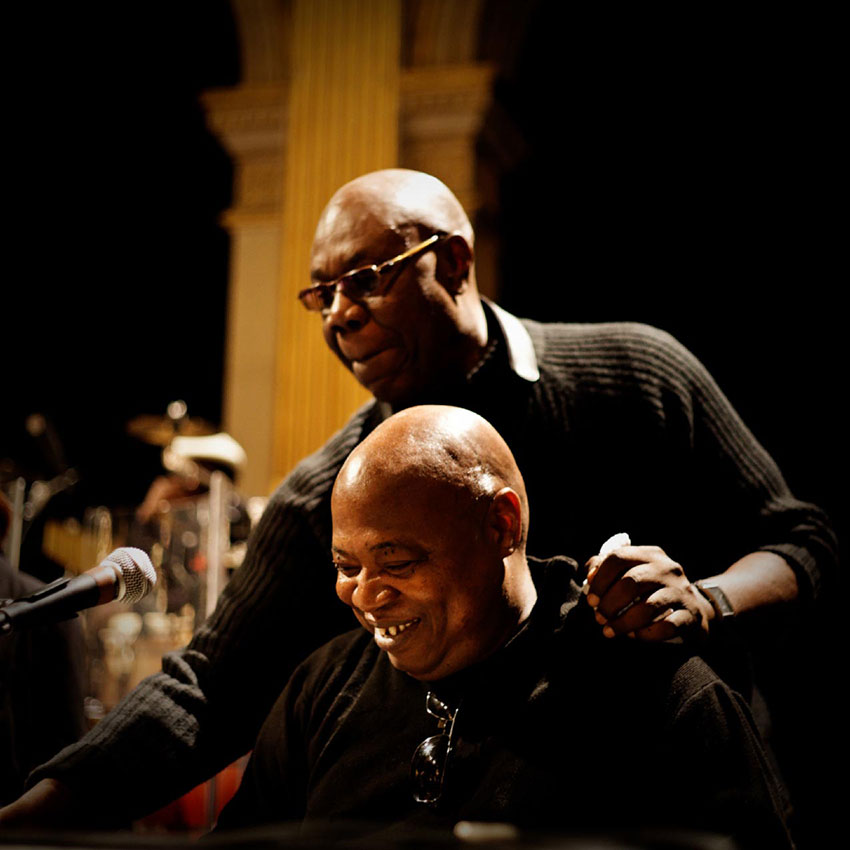 The creator of the archetypal “New Bell”

Addressing the crowd in front of him, Manu Dibango recalls he lived through Africa’s struggle for independence, makes an amused reference to the pirogues back then and the gilded ceilings of today, and expresses his gratitude for the pleasure and honor of being there: “Josephine Baker in her famous song had two loves, ‘my country and Paris’, but for me it’s my country and France.” A nod to Jacques-Bilong Conti (drums) and he attacks the vibraphone, a decision made for the acoustics and the harmonization of the venue. “We have to celebrate in this room, because it’s a long story. And if we don’t party here …”. Discreetly, the words take on their full meaning.

For Tino Baroza’s Congolese Rumba, some in the audience are jumping out of their seats, filling the aisles. Dibango laughs, so does Cheick Tidiane Seck at the organ when he begins the first track and hit from his album Guerrier. “What matters in jazz is improvisation, and it has to be music.” The pioneer of modern African music moves from one instrument to another, vibraphone, keyboard, saxophone. Percussion, guitar, bass, sax – his musicians take turns exploding rhythms with him. A final round, alone at the keyboard with Celine Cheynut, he takes up Malaika, famous African standard made popular by Mama Miriam Makeba. On the red carpet, spirits are soaring. 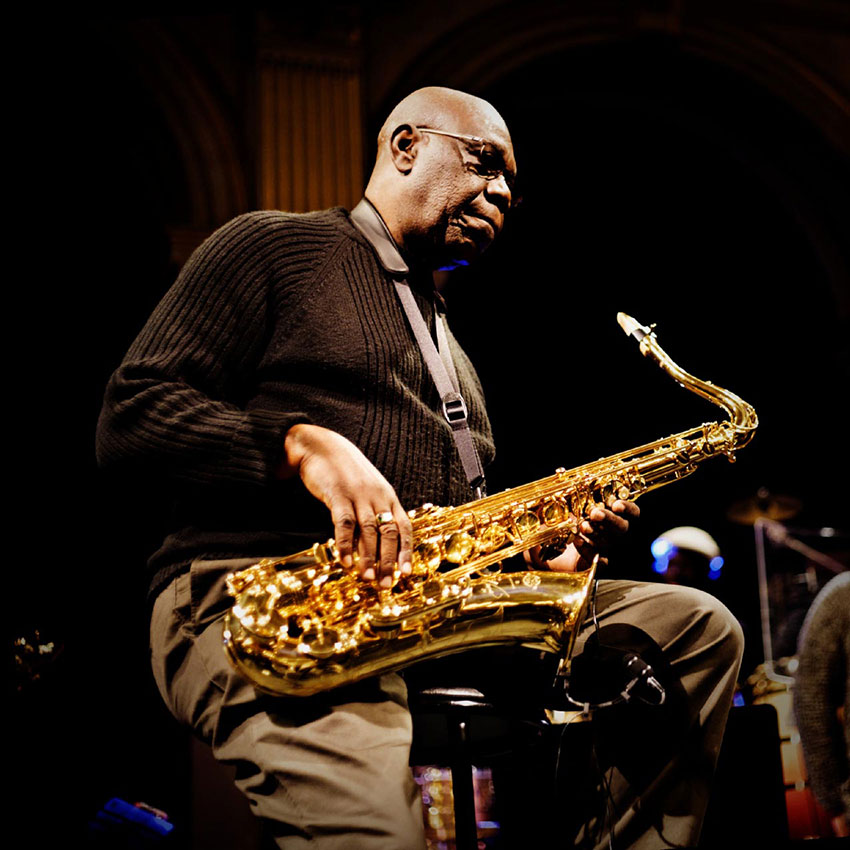