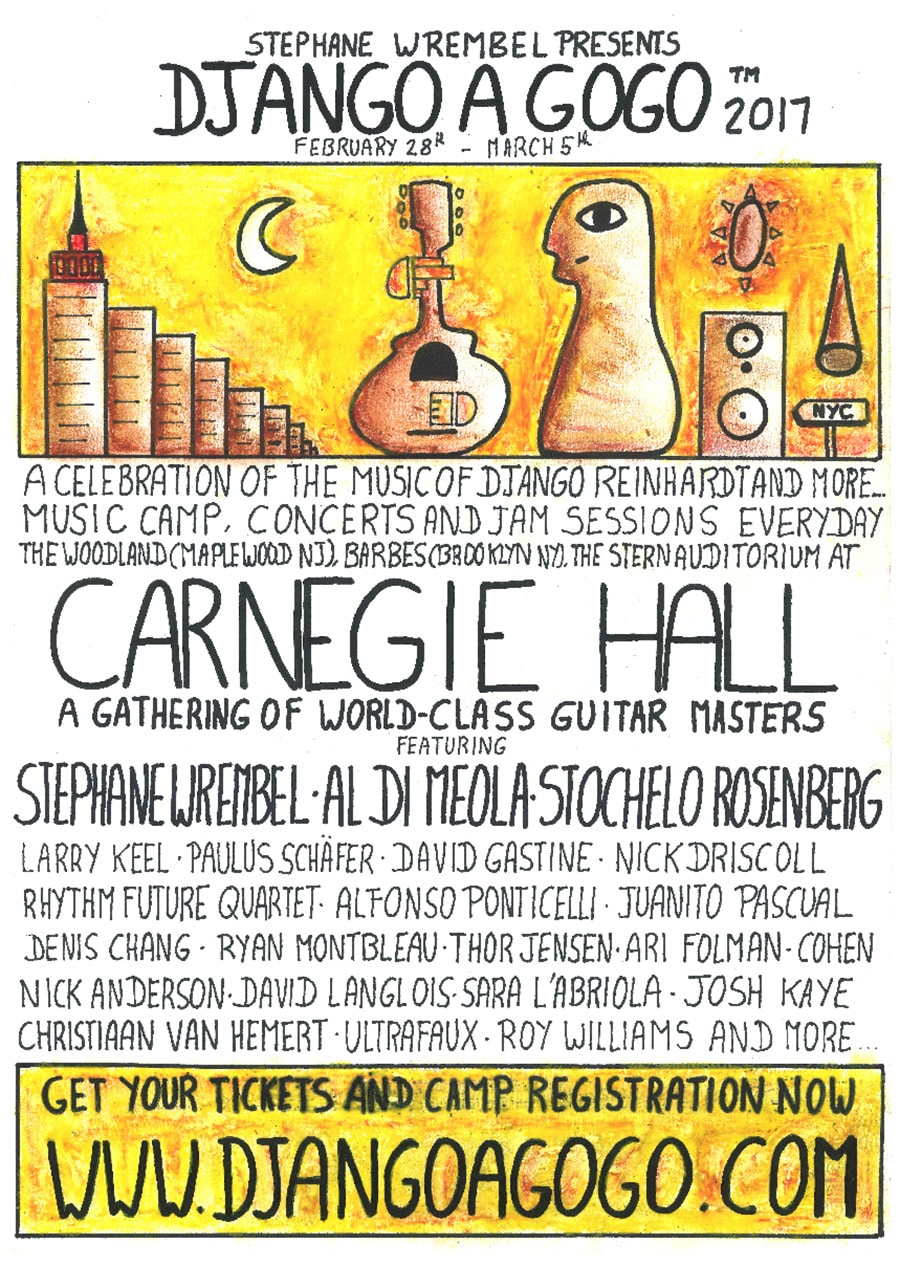 French guitarist Stéphane Wrembel is the organizer and head of the Festival and Masterclass “Django a gogo”, which will be held from February 28 to March 5 at Carnegie Hall – New York.

On March 3rd, an exceptional concert will bring together on the prestigious stage:

Stéphane Wrembel from Fontainebleau grew up listening to Django Reinhardt’s music : “I discovered the festival of Samois in 1992, With the off and its manouches. It was unforgettable” the guitarist remembers “I wanted to play like them. Then I went to study music in Boston before settling in New York in 2003. In 2004, I created my first festival, Django a gogo. Its popularity allowed me to create this great event at Carnegie Hall”

Becoming even more famous in the USA than in France, Stéphane Wrembel gives at least five concerts a week.